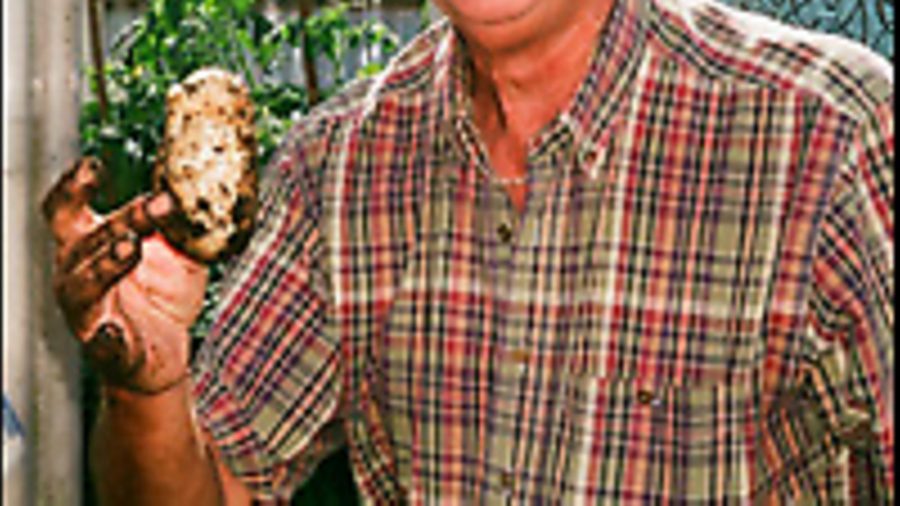 Welsh allotmenteer Terry Walton has become an unlikely star on The Jeremy Vine Show on BBC Radio 2. In the last part of a three-part series, he dispenses more growing wisdom to STEVE CHILCOTT

Addenda.1). Thompson & Morgan have promoted this new variety enthusiastically since its inception in 2005. Bred originally by the Sarvari family in Hungary in conjunction with University Farm Wales in Bangor, Sarpo Mira (SARvari POtato) claims high yield, luxuriant weed-suppressant foliage and almost 100% immunity to the old enemy blight. In addition slugs and wireworm don’t care for it much either. Sarpo Axona is now available as Soil Association accredited seed. (2) Nitrogen lifters scavenge excess nitrogen left by previous crops in the soil, some up to 90%, preventing it from leaching away, and release this back to the following crop when they are dug and decompose. Some leguminous plants are fixers, gathering free nitrogen from the air and trapping this in nodules on their root system.Catch Terry Walton every other Friday on the Jeremy Vine Show on BBC Radio 2 (check their website for full details).Terry’s delightful book My Life on a Hillside Allotment is published in both hardback and in paperback by Transworld Publishers/Bantam Press at £12.99 and £9.99 respectively. It is available through the CS Bookshop.Feedback please to steve@thecountrysmallholder.com