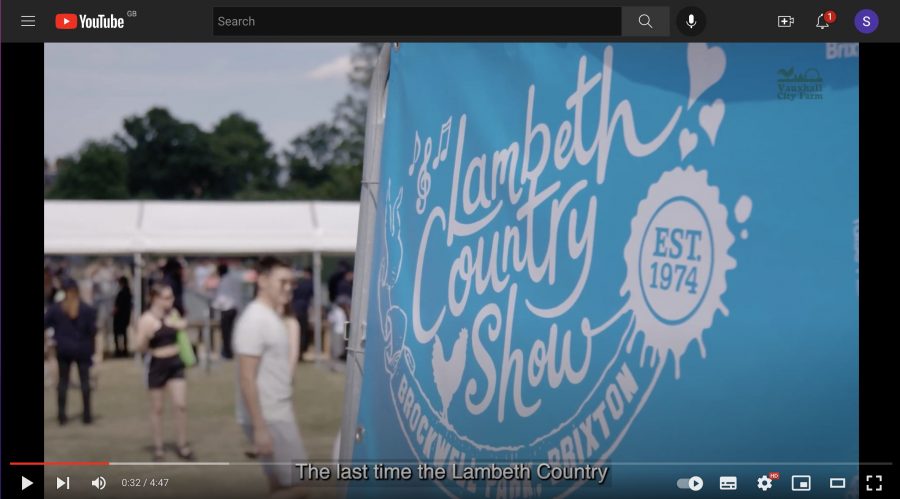 Vauxhall City Farm has released a new film documenting its triumphant return to the Lambeth Country Show, and urging supporters to donate.

The film, made by Think Beyond Studios, follows the VCF team as they pack up the farm and set up for the weekend of the 16th & 17th July 2022, in Brockwell Park, for the Lambeth Country Show, their biggest fundraising event of the year.

We hear from VCF staff, trustees and volunteers as they talk about what makes Vauxhall City Farm so special, and the continued financial pressure faced as a small, independent charity.

Lambeth Country Show has been taking place in South London since 1974. The annual celebration of all things farm and country attracts visitors in their tens of thousands, but was forced to close for two years in 2020 and 2021 due to Covid lockdowns. Vauxhall City Farm has been part of the show since 2006, and it was with great joy that the VCF team headed back to Brockwell Park this year.

Monica Tyler, Chief Executive of Vauxhall City Farm, said: “Vauxhall City Farm costs over £60,000 a month to run, and with bills increasing and prices rising, we are feeling the pressure more than ever. As a charity, we are responsible for raising all our own funds, and we rely on the generosity of our supporters and benefactors. The past two and a half years have been particularly tough, but your donations have made it possible for us to survive, and we know that you will once more step-up and ensure that Vauxhall City Farm thrives for many years to come.”

Vauxhall City Farm is one of the oldest and most central of London’s City Farms, and though in proximity to wealth, the residents of Lambeth face many challenges, including low income and lack of opportunity. VCF uses its animals as vehicles for education and change, providing local people with experiences that might otherwise preclude them. The farm also provides a vital green space in a heavily built up area, an escape from city life, and a chance to relax and reconnect with nature.

The team are asking everyone to watch, like and share the video, which can be viewed here, and make their donations to the GoFundMe appeal.