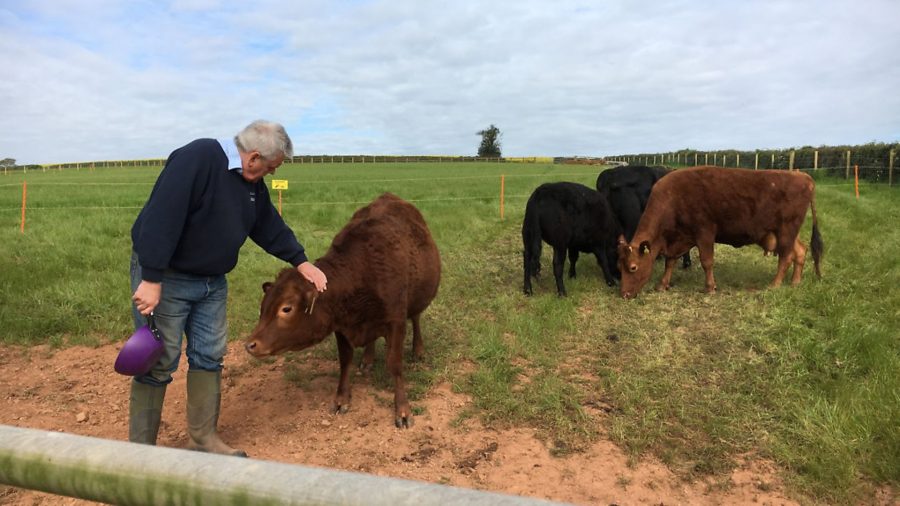 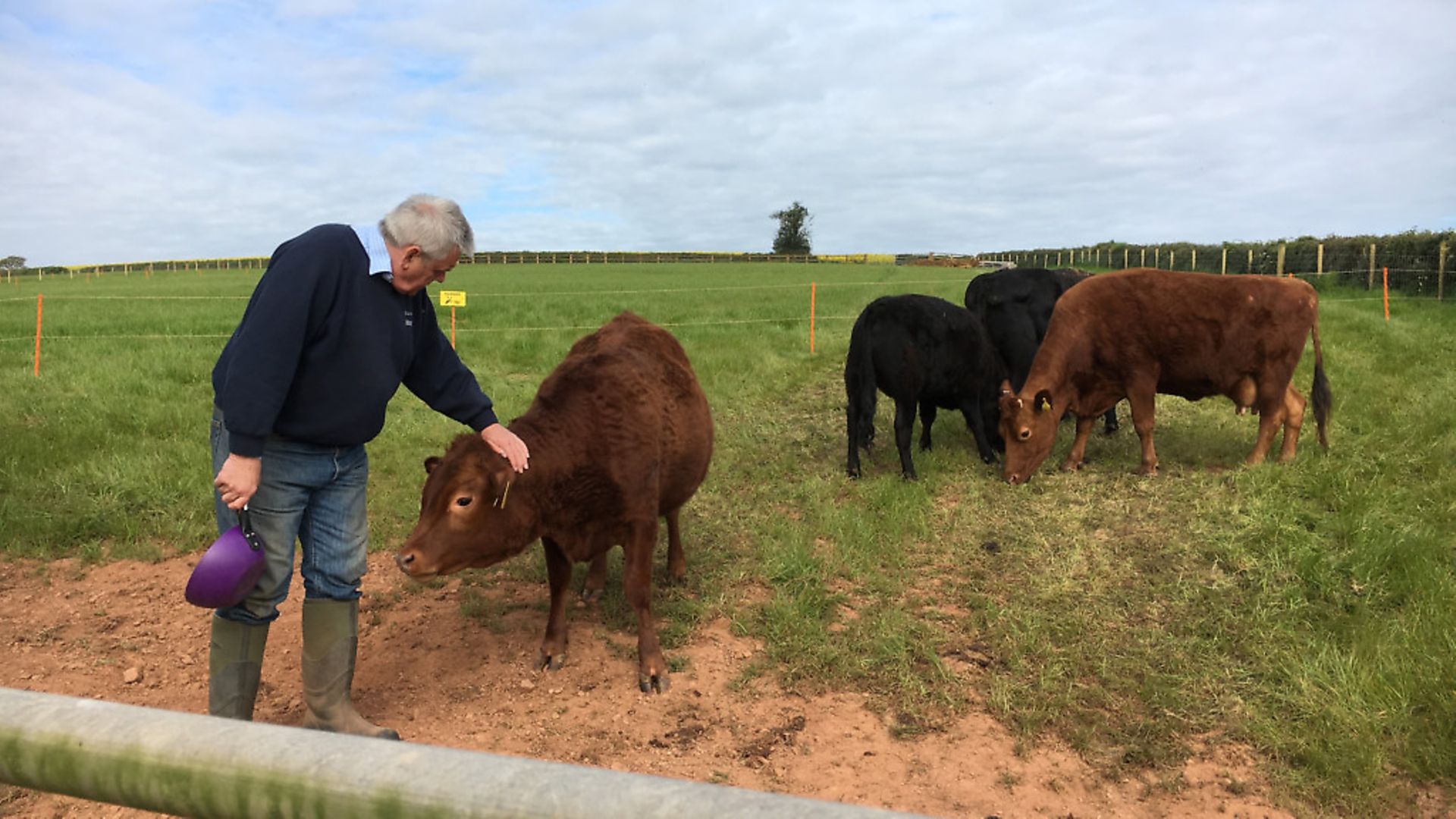 After the sale of their business, and looking ahead to semi–retirement, Justin and Debbie Lochhead started searching for a farm in the West Country. Justin said: “Our farm was always intended to be a focus and stimulus to wean me off and substitute for the business life I had been used to, and initially I thought only of arable farms, but my wife Debbie suggested that we should look at pedigree Dexters.

“We did some research and joined the Dexter Cattle Society and also the Midland Dexter Group as we were still living in Bedfordshire, where we made some good friends, took part in visits to member’s farms and gained some invaluable advice. Well aware that we were completely new to farming, we chose the breed as we had been advised that they had a good temperament and were relatively easy to handle and were very good calvers, needing minimal assistance from the novices!

“There are three main colours of Dexters, black, red and dun, and there are short-and non-short-legged varieties. The short-legged Dexters are the ones most commonly seen at shows. As we understand it, shorts must be mated to a non-short bull as mating short to short can result in a deformed calf, while mating of short to long will result in roughly half of the calves being born short. Non-short Dexters were our choice, for when mated with a non-short bull, they tend to produce better beef animals and rarely suffer in later life from arthritis, which is very common in the shorts. We were not going to show them and would be building the herd for beef. We also had in mind to base our herd on red Dexters as this was the colour we most liked.

“Dexters are known for being able to live almost anywhere and were hill cattle in Ireland where they originated and can be grazed on rough pasture. Some Dexters live outside all year but need access to shelter in extreme weather and supplementary food in the winter.

“In the autumn of 2015 we started looking for our first cows and between word of mouth and the internet we looked at quite a few. One of our farm visits in the early days was to Niki Ford’s herd of Castlemoor Dexters in Gloucestershire; we contacted Niki and arranged to go down to look at some cows she had for sale which were in calf. We chose two and left a deposit on them and tentatively made arrangements for them to come to us late December 2015 after their annual TB test. Meanwhile, we reconfigured our hay barn at home in Bedfordshire to have two pens, installed a trough and feeders and eagerly awaited our new arrivals. Our plan was to have them indoors for the winter so that we could get used to them and them to us.

“A week before they were due to arrive we had a call to say that one of them had calved already even though supposedly it wasn’t due until the following spring. This was a problem as we didn’t want the complication of a cow with a newborn calf at foot with the attendant care that we would have to take in a totally new situation for us. Sadly, we had to refuse the cow and Niki did not have any other suitable reds to substitute for her. We had been taken with a black cow in calf when we visited and decided that she would be our alternative – we didn’t stick to our original plan for long!

“At the end of December our good friends Steve and Sally Poole from Frith Dexters collected Castlemoor Crystal 2nd, our red cow, together with Redwick Sophie, our black from Gloucestershire and brought them up to Bedfordshire for us and to their new home. We were thrilled that they had arrived and were down at the barn with them a lot – they must have wondered what all the attention was about.

“We had been well trained by Debbie and Andrew at South Yeo Farm West during our novice cattle keepers course so all the necessary documentation was completed and we had a visit soon afterwards from The Animal and Plant Health Agency who were really helpful. We also arranged a visit from our new large animal vet to check that both of our girls were well and settled in. It was very reassuring to know that with the vet and our neighbours, who have a dairy herd and a beef herd, our new cattle contacts and friends from the Midland Dexter Group, we had fantastic support. Debbie and I and the cattle gradually got to know each other and were a little less nervous as each day passed.

“Two mums calved with no outside aid or interference and both calves did well from the start, feeding easily and growing before our eyes it seemed. We took the precaution of having the vet visit after each calving to check on mum and newborn and with Antora to castrate and ear tag him. The joy of watching them taste the spring air and run around the field after we turned them out was immense.

“After a full summer and autumn with the cows, in late 2016 we moved the whole job lot of us to our new farm in Devon, just outside Cullompton, where we have a big agricultural barn and 25 acres of arable land, the first four acres of which was ploughed and seeded for autumn grazing. We currently lease out the remaining land for crops and will steadily convert to pasture as and when the herd grows.

“Having settled all of us in, we joined our local Devon Dexter Group and through a contact there we plan to introduce a bull in the summer as both our breeding cows and our heifer calf will be ready to be served and we will let the bull worry about when they are in season!

“Our long-term aim is to produce beef for sale, entirely grass fed and where our prospective customers can be sure of the provenance of our animals. We have a restaurant close to us that occasionally has Dexter on the menu as a special and they are interested in taking ours when ready.

“We will sign up for the Beef Scheme run by the Dexter Cattle Society to promote the product and follow their code of conduct to ensure that we can sell under the brand, which ensures that only birth notified and registered animals can be sold under this label.”