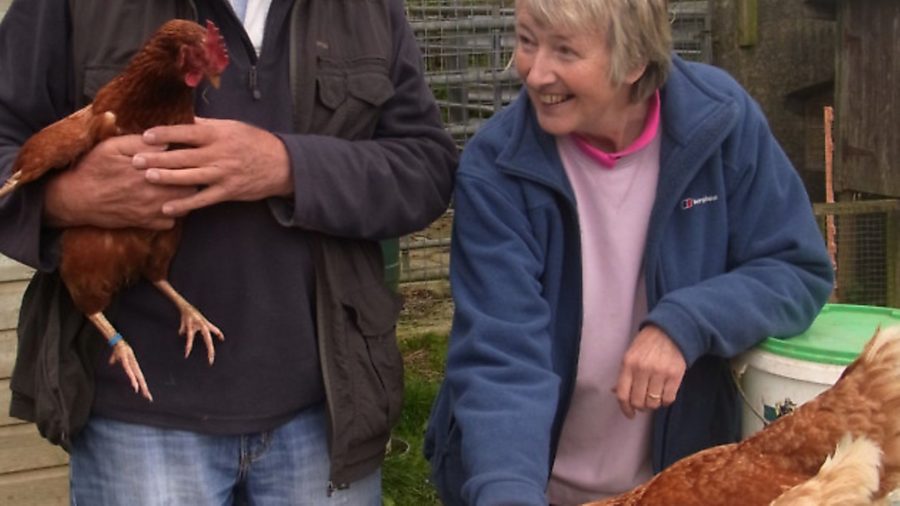 A Devon couple have taken the magazine throughout its history. Alan Beat reports 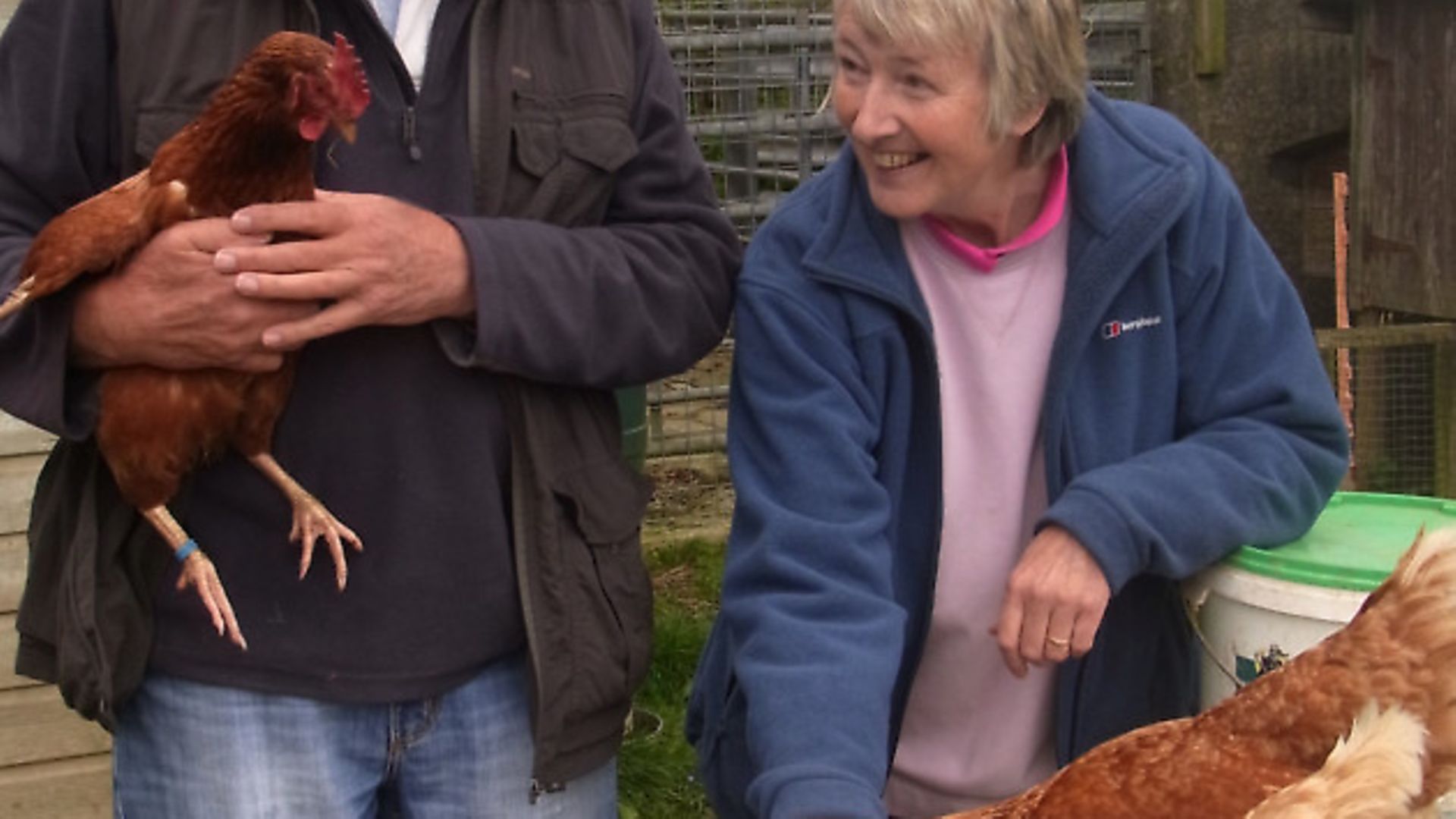 Roger and Alison Parmley can reasonably claim to be among this magazine’s most loyal readers, for their carefully preserved PSS archive starts with the second issue, and they still subscribe to CS today! Alan Beat visited to hear their story.

In 1974, the Parmleys were living in a terraced house in Essex with a very small back garden. Roger was a geography/biology teacher, having seriously considered training as a vet. Alison was an occupational therapist.

As a boy, Roger had been expected to help his father who was a keen vegetable grower, so had picked up some knowledge along the way. He started to grow salad crops and a few vegetables in the limited space available, then took on half an allotment nearby to expand their self sufficiency. Subscribing to PSS was a natural step and he recalls reading each issue avidly as they arrived, especially the tips sent in by readers entitled ‘Getting it together’, and the classified ads of properties for sale – for the dream of living on their own smallholding one day was already forming.

In 1976 they moved to a semi-detached house with a sizeable garden. Here they had a greenhouse for the first time, and space for their first livestock: chickens for eggs and meat, and rabbits for meat. Surplus produce sold readily to colleagues at both workplaces. Roger said: “I found PSS really useful when I was making my first hen houses and rabbit hutches, for there were DIY articles giving the detailed dimensions I needed.” 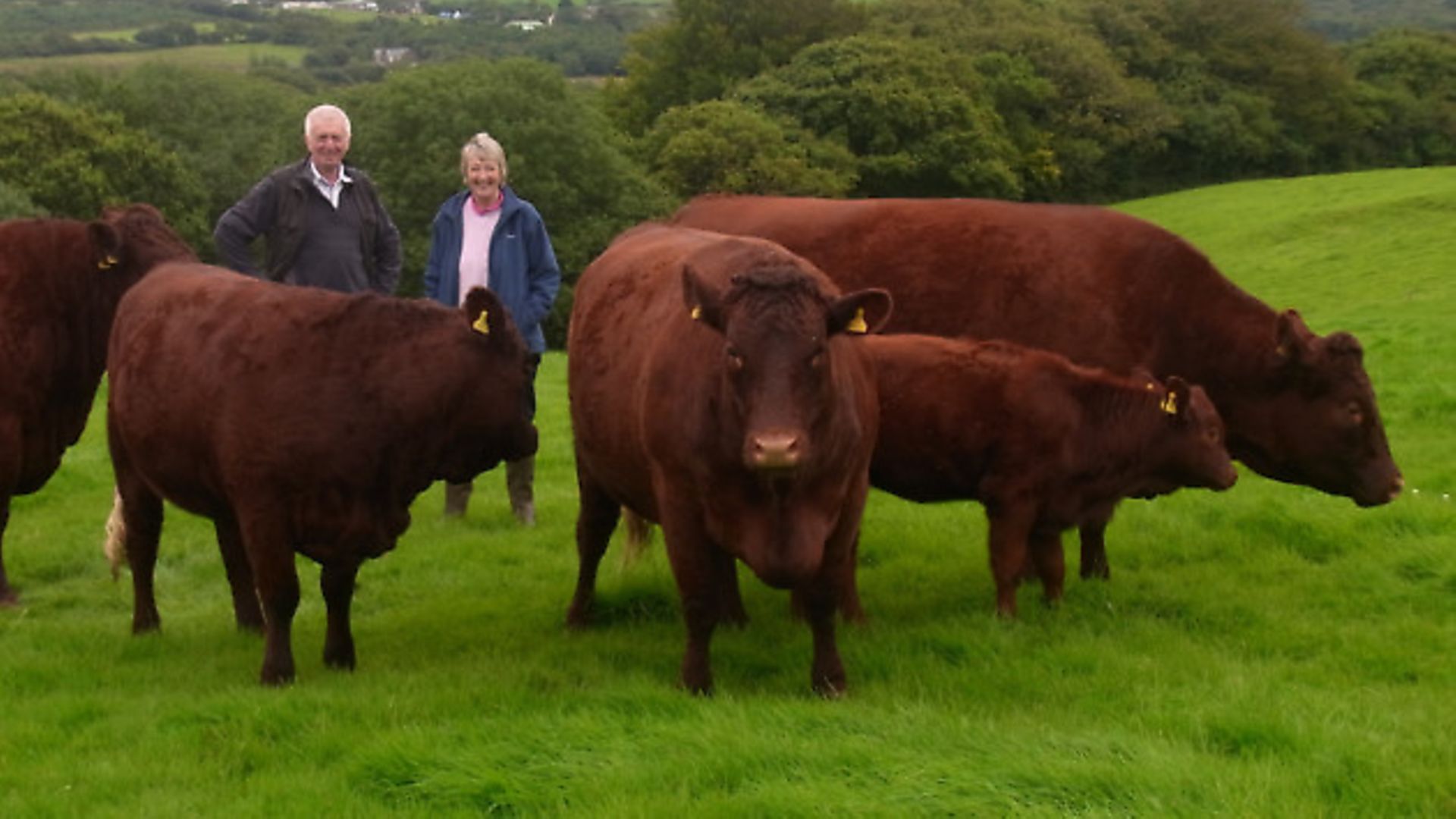 They dabbled with quail, buying fertile eggs through an ad in PSS and hatching them in a borrowed incubator; but next door’s cat unfortunately depleted their number, so that venture was abandoned.

Bees came next, for the school where Roger taught owned two hives and encouraged pupils to be involved in their management. Somehow he found himself taking over responsibility for these, so he joined the local bee keeping society and read all he could find about bees. The school had a centrifuge and the honey crop was extracted for sale.

On one occasion the hives had to be moved, being closed up at night and driven some miles to their new location. However, straps holding the supers together had slackened in transit so that they moved slightly apart when unloaded, whereupon some very angry bees flew out! Alison and Roger ran into the darkness to hide behind a nearby fence, but the bees found them there and continued to attack, so they were both badly stung.

In 1980 they travelled to an open day at Broad Leys, the smallholding of Katie and David Thear. They recall admiring Welsh Harlequin ducks that they hadn’t seen before, and the pleasure of meeting the publishers of PSS in person. Their daughter Katherine, then aged four, was photographed with one of Katie’s dairy goats by a journalist from the local newspaper, and they were thrilled when the resulting picture appeared on the front cover of PSS number 29. 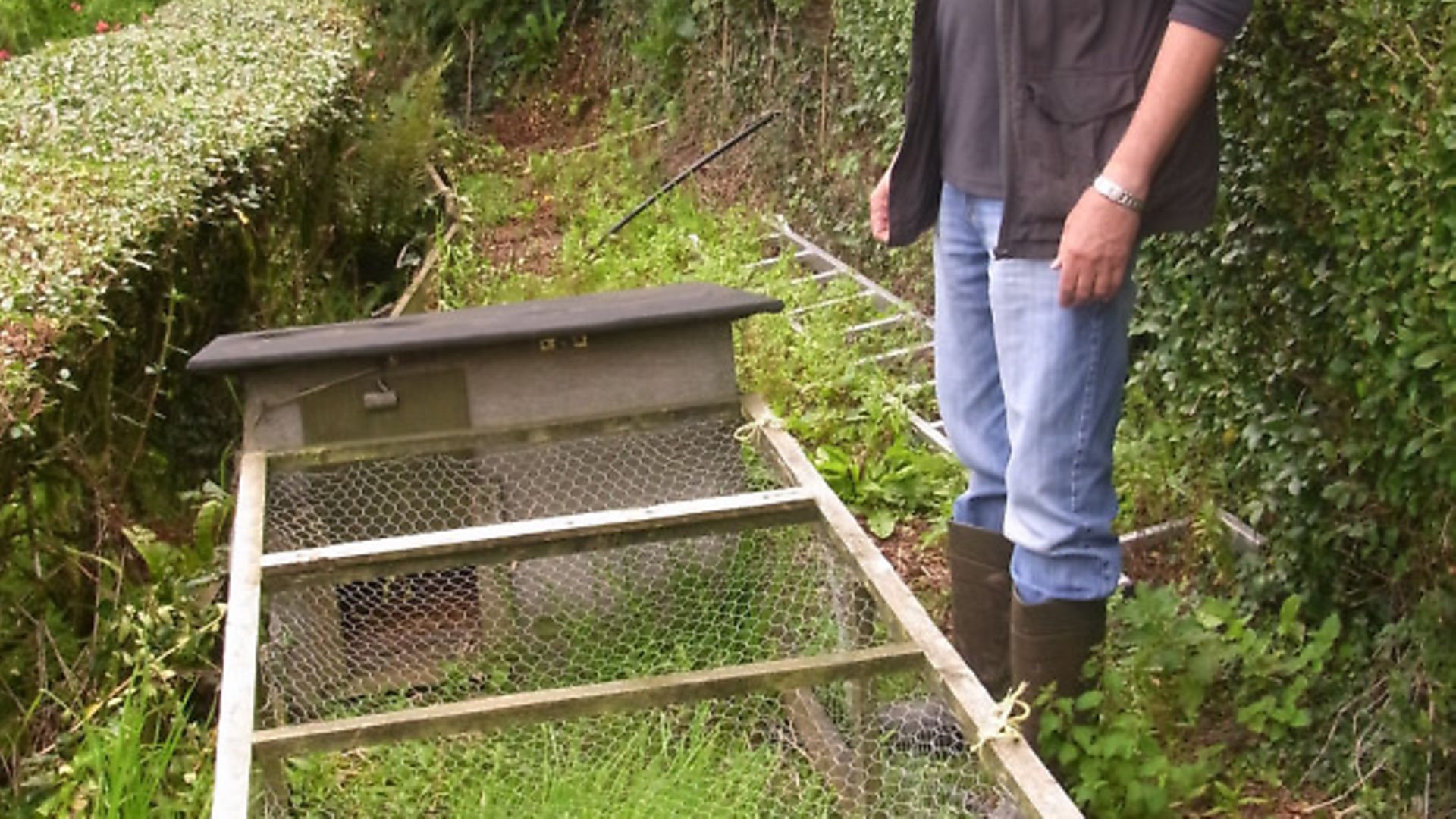 As their family expanded to three children, Alison continued to work part-time but she admitted: “With work and family commitments, we found it increasingly difficult to do things at the right time, especially with livestock” so during the early ’80s the bees and rabbits were gradually phased out.

In 1985 they moved house again, this time to a corner plot with a quarter-of-an-acre garden. Here they had space to plant fruit trees, keep Indian Runner ducks, and laying hens. They had the idea of selling multi-coloured eggs as a novelty – perhaps a tip from PSS, though neither could remember – so bought a variety of pullets to lay blue, white and brown eggs, which sold really well at both workplaces.

They both continued to pore over the properties advertised in PSS, but the dream remained elusive until a close work colleague of Roger’s died suddenly. Roger said: “It was a wake-up call. I was 56, the children had grown up and left the nest, and if we didn’t try smallholding now, it might be too late.” Alison chipped in: “We didn’t want to look back in our old age and regret that we’d never tried to live that dream.”

Roger took early retirement, Alison signed up for a part-time course on ‘animal production’, and their search for a new home began.

After a great deal of research, they focused on finding around five acres in Dorset or Somerset. House-hunting meant a long journey from their home in Essex, leaving very early in the morning to view two or three properties and return late at night. Failing to find the right place, their search extended into Devon and north Cornwall. In all, they viewed 28 properties before finding Elm Park Farm near Holsworthy, with good buildings, 10 acres of pasture and six acres of woodland. Alison said: “We walked round in silence; neither of us dared say to the other what we were thinking!” It was over acreage, and over budget, but they both knew their search was over.

After moving in 2004, Alison continued to work in Essex, staying over for three nights each week. She said: “I needed the security of my salary, and continued contact with friends and family, so Roger drove me to Newquay Airport and I flew to Stansted, where one of our children would collect me and drive me to work!” However, five months of commuting weekly were enough for Alison and she started looking for an opportunity locally. She eventually found work as a psychotherapist, which she now continues in private practice.

Alongside the cattle, Roger and Alison have tackled a range of other livestock. They buy in weaners to fatten for pork, and make their own sausages; orphan lambs to bottle rear and fatten for freezer lamb; and hatchlings of geese, turkeys and chickens to fatten for their own table, or for sale at Christmas. They sell free range eggs at the farm gate and have built up a loyal customer base.

Part of their plan when buying Elm Park was to develop a sideline business in holiday accommodation, so they invested in converting part of the house into a self-catering unit. The extra income has helped to support their smallholding lifestyle.

When asked about their hopes for the future, Roger said: “I’d like to improve the vegetable garden, and perhaps put up a polytunnel.” Alison said: “We’ve been doing this for 11 years now and while we both love the animals and the lifestyle, I’m looking to ease off a bit so that we have more time to ourselves.” Are they still learning from the magazine, 40 years on? “We still pick up the odd tip,” says Roger “so we will continue to subscribe!”

Roger fancied keeping a traditional breed of cattle on their 10 acres, and after much research, veered towards the local Red Devons. Through membership of the Devon Association of Smallholders they spotted two pedigree cows advertised for sale with their calves, and bought these. Having no previous experience with cattle, Alison admitted: “When they were delivered into our yard, they looked huge in the semi-darkness and I thought “What have we done?” She need not have worried; Red Devons are renowned for docility and these gentle beasts quickly became familiar pets.

That first winter, the cattle were left out at grass, for Red Devons are hardy enough; but the heavy clay ground soon became badly poached during wet weather. The cattle would need housing for five months of the year, if only to spare the ground. There was suitable housing and yard, and Roger bought a second-hand tractor partly to handle heavy round hay bales; but mucking out had to be done manually. As the herd grew to 10 or 12 animals – five cows plus followers – so the workload increased. Alison said: “Winter brings the hardest work, five months of shifting muck using a fork and wheelbarrow. Roger even gave me a new muck fork as a retirement present!”

Editor’s comment: We note that Roger and Alison have every issue of the magazine except the very first one. We have a spare copy of that issue and will be sending it to them as a mark of our appreciation!