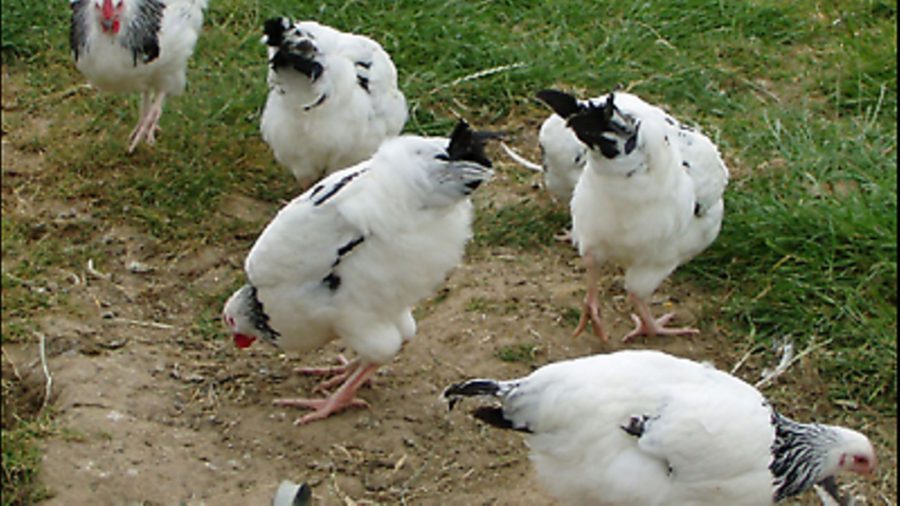 Moving into a smallholding for the first time can be confusing as well as exhilarating. Katie Thear advises

A reader called Bob wrote to me to say that he is, at last, moving into a smallholding after keeping chickens and bees in the suburbs for many years. He sees an opportunity for growing more fruit and vegetables, to expand his bees and to keep more layers, initially to sell eggs and honey at the farm gate. Later he hopes to try geese and turkeys, but for the moment, he’s concerned with priorities. Most of his field boundaries, for example, are post and wire fences embedded in overgrown hedges. There are gaps in the hedges and he doesn’t think that they’d keep in poultry or keep out foxes. Bob also wants to know whether he can sell the eggs as organic, if he feeds his flocks on organic rations, as he does now. He says he has limited resources. Bob is right to concentrate on priorities, and boundaries certainly come into that category. Far too many people rush into keeping poultry without realising that they have a duty to protect them against predators. If the existing hedges don’t provide protection, I suggest he invests in some portable electrified poultry netting that can be erected around the hen house and ranging area, with the whole lot being moved to a new area as necessary. This provides immediate protection for the birds while allowing time for the boundaries to be dealt with properly later. There are a lot of questions to be addressed before a smallholding can be developed so it’s worth taking a general look at priorities. These will obviously apply to smallholdings in general, not just Bob’s specific situation. Make a plan! In fact, there are two plans involved here. The first is to draw up a geographical map of the site, showing all the fields, hedges, buildings and other features, including the use to which they’ve been put for the last few years. Work out where the prevailing winds come from, which areas are in sunshine and which in shade for long periods of time. Try to establish whether there are any frost pockets. All of these factors are important for positioning poultry and animal houses, as well as for growing fruit and vegetables.

The second plan is a business one that includes a predicted cash flow for at least two years. It involves making a hard-headed and realistic appraisal, not only of what the owner wants to do, but what is possible. There’s a great temptation to try and do too much, too soon. With a smallholding, this can be rushing out and acquiring a random selection of animals and poultry whose produce may not even cover their keep.

Finance is obviously a key issue, and if resources are limited, the activities will also be curtailed. Drawing up a business plan not only helps to clarify a set of ideas and put them into perspective, but also allows those ideas to be taken seriously if a loan is needed. Most banks have free booklets on how to draw up a business plan. The Farm Business Advice Service is also available locally through Business Links. This provides up to three days of professional advice resulting in an action plan and is available to those with a CPH number (see below) and who spend at least 75% of their time on a core farm business.

Land-based and livestock activities require practical skills and it makes sense to acquire some of these before launching into a new enterprise. The welfare of animals and poultry is paramount and there’s much to learn about their needs. There are many short courses available on every aspect of smallholding life, including lambing, hedging, machinery maintenance and livestock husbandry. Agricultural colleges, local farm training groups and many other organisations run courses. Look out for their advertisements in the magazine.

Getting some good reference books on the appropriate topics is also recommended. If funds are limited, it’s always possible to get them through the local library. They will obtain a book to order if it’s not one they have. Land status If an organic enterprise is envisaged, it’s important to establish what the land has been used for in the past. Have any chemicals been applied? If land hasn’t previously been used for organic production, a conversion period of two years is required to give time for a viable and integrated system to be built up. The period may be reduced to one year if evidence shows that no organically prohibited substances have been used for the previous 12 months. Prohibited substances include chemical herbicides, synthetic fertilisers and synthetic pesticides.

Before land can be put into organic conversion, the owner needs to be registered with one of the organic certification bodies, such as the Soil Association (tel: 0117 914 2412) or Organic Farmers and Growers (tel: 0845 330 5122). They will require conversion and management plans, which is where the plans referred to earlier will come in useful. Information and possibly financial aid with land conversion is available from the Organic Entry Level Stewardship (OELS) scheme run by Defra (helpline tel: 0845 933 5577). There is no minimum holding size.

Boundaries These may be hedges, ditches, walls, banks or fences. Whatever they are, their position needs to be established and their condition maintained. Overgrown hedges, such as the ones Bob describes, can be cut back to a reasonable height and depth, keeping the base slightly wider than the top. This will enable the shape of the original hedge to be seen, and it encourages new growth, which will help to fill gaps. Large gaps may need the planting of new saplings such as hawthorn, Crataegus monogyna, or hazel, Corylis avellana. These may need protection in their early years. Ditches need to be kept clear, without cutting into the sides, for this may contravene the site line. Ditches are usually vital in draining the surrounding land as well as indicating boundary lines. If any major ditching or hedge cutting of a shared boundary is to be undertaken, it’s prudent to do so with the agreement and co-operation of neighbours.