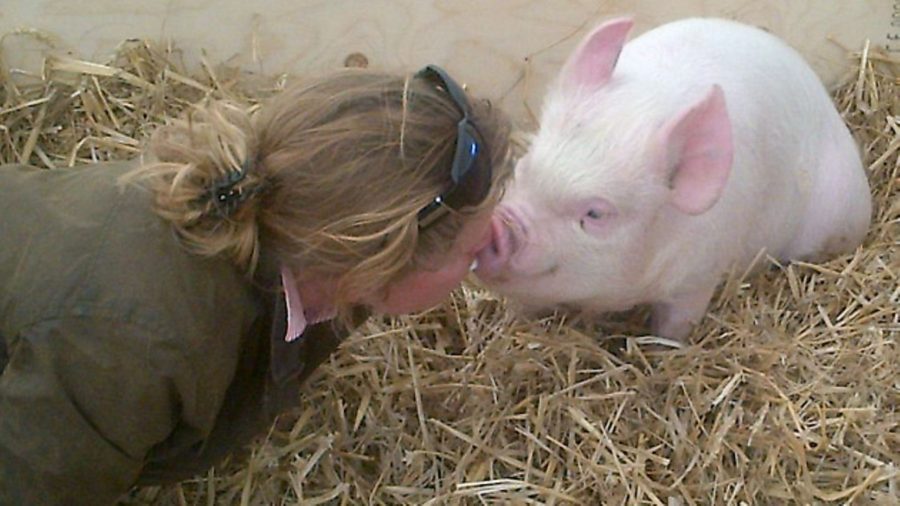 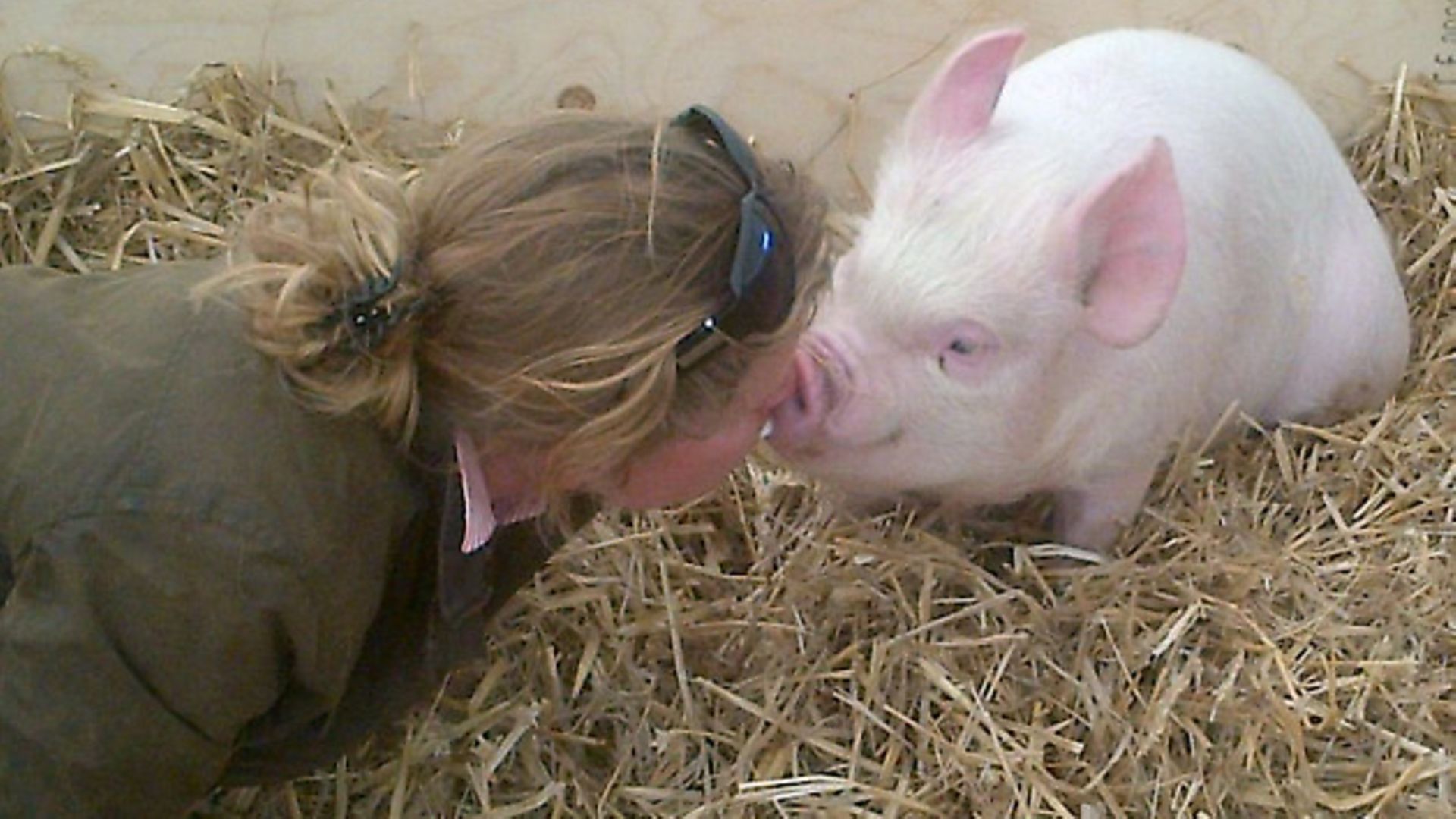 When the Giles family moved to their six-acre smallholding in West Sussex, living the good life in their spare time was the main intention. However, as they began to acquire livestock and learned more and more about each species – often through their own novice mistakes – they realised they were gradually building up a vast knowledge base which could be of use to others.

Fifteen years on, and Michaela and Neil still have busy and demanding jobs – she as a post-doctorate research scientist with Defra and he as a detective with the Metropolitan Police – but they have also established a reputation for running courses in pig-keeping for beginners at their home, Tedfold Cottage Farm in Billingshurst.

“As the pig herd expanded, so did the pig food bill, and we thought about many different funding avenues to help us afford them,” Michaela explained.

“The most successful by far has been our novice pig-keeping courses and intermediate pig handling workshops. They are held one weekend day a month from February through to November, but we have done a few corporate ones mid-week.

“Our aim is that people leave here with the confidence to go home and set up their own piggy enterprise. We can honestly say that, in the time we have been running the courses, we haven’t had one unpleasant person attend – so we can only assume that liking pigs must be a barometer of human niceness!”

Those who enrol on the courses get to meet a pedigree herd of British Saddlebacks and Middle Whites spanning a range of ages. The Giles family – which includes Ollie, 19, who is hoping to get into veterinary college – normally keep 10 breeding sows and two or three boars. However, their initial foray into pig keeping was, like most other people, buying in a few at a time for fattening. That first experience wasn’t the best.

“On a whim, we purchased our first pigs – three cross-bred fattening weaners from a local chap – and brought them home,” Michaela said. “Only then did we realise that we had nowhere to put them. We tried turning our large compost bin onto its side and packing it with straw as an overnight bed, but every time one got in, the other two pushed it down the inadequately-fenced pen. So they had to spend their first couple of days in a stable and Neil had to spend the next two days securely fencing a pen for them and making a pig house.

“They weren’t very friendly to start with, so I took the time in the stable to start making friends with them, and within 24 hours they were happy to stand and be scratched. I was less happy when I noticed they had lice!”

It wasn’t long before the pigs learned there were weaknesses in the fencing and started to escape, raiding the chicken house for eggs and invading neighbours’ fields, scaring the horses.

“So we learned that an electric fence really is necessary, and not just something that we had read was good at keeping them contained,” Michaela said. “So more of our money went on an energiser, a battery, and an electric-fenced pen for them. A few squeals later and they seemed happy to avoid the ‘biting’ fence and stayed where we wanted them.”

As many newcomers to pig keeping will testify, ‘fattening’ pigs without getting them too fat is a bit of an art. The Giles family were no exception. “Our first set of fattener pigs were horrendously overweight and oversized by the time we took them to the abattoir,” Michaela said.

“They still looked tiny to us, as we had no frame of size reference, and all those ‘Have a bit more – you still look hungry’ mealtimes soon added up internally. We had to pay extra at the abattoir they were so big and two of the three contained approximately 50:50 meat to fat ratio! The third pig – which was the underdog in the pen – was much better, as it had eaten less than the others.

“We learned a lot about feeding on the day we saw the carcasses. We now feed our show/breeding pigs differently to our meat pigs, with the meat pigs fed the same until four months old and then 20% less than the breeding pigs in the final two months or so. The rare breeds butcher we sell to is happy with this and says 95% of the taste is in the fat. Another butcher we supplied once wanted them commercially-lean. We fed them less, and we noticed that they didn’t behave the same way; they were nippy, and seemed miserable and hungry – but the meat was, indeed, lean. Modern breeds are better suited to lean meat production than traditional breeds.”

Breeding their own stock started with two unregistered Saddleback gilts – Pepsi and Shirley – which should, really, have been destined for the abattoir. Both were put to a local boar, but only one conceived. “Up until this point, Neil had always helped rear the pigs for the table, but he wasn’t fully engaged mentally,” Michaela said. “But that all changed during Pepsi’s pregnancy; she fell in love with Neil and he with her. He was present at the birth, and only he was allowed to handle the piglets in her presence. All others were politely asked to leave.

“Then Neil decided he wanted to buy a breeding boar and ‘Do it properly’. So in a short space of time, we owned a registered British Saddleback boar. We kept Pepsi and Shirley while we were sourcing registered future breeding gilts.

“When sourcing the female lines, we looked at the breed survey and decided to concentrate on the rarer bloodlines. The more involved with pigs we became, the more important the status of rare breeds became. Not only is the meat far superior to commercial meat in taste, texture, and in health properties, but the breeds themselves are uniquely different to each other. We realised quite early on that if we don’t preserve these rare breeds then they will be lost forever. Almost three years ago I was privileged enough to be voted on to the British Pig Association conservation and showing committees, and I became the BPA sector representative for the south. Neil and I both hold positions in the British Saddleback Breeders’ Club and Oliver is a member of the Middle White Breeders’ Club.”

Running a smallholding which is home to not just pigs, but Boer goats, Badger Face Welsh Mountain sheep, horses, and poultry, is not an easy task when you’re working full-time, but it’s worth it, Michaela reckons.

“The day-to-day running of the farm has been easier this year, as Oliver is on a gap year, but prior to that, whoever had to be at work early was let off the morning rounds and vice-versa in the afternoon if one of us has to stay late at work.

“In the winter ,it can challenge your sense of humour, doing the animals twice a day, in thick mud, ice, and in the dark. But then a litter of piglets is born, lambs and kids start arriving, chicks start hatching, and then it’s all forgotten. We couldn’t live in normal suburbia, we would be bored witless. A week or two here and there would be nice though!”