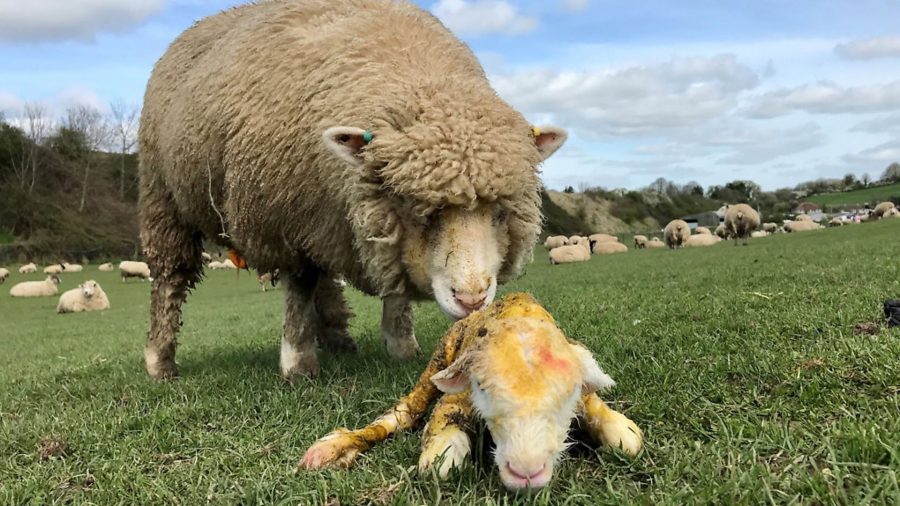 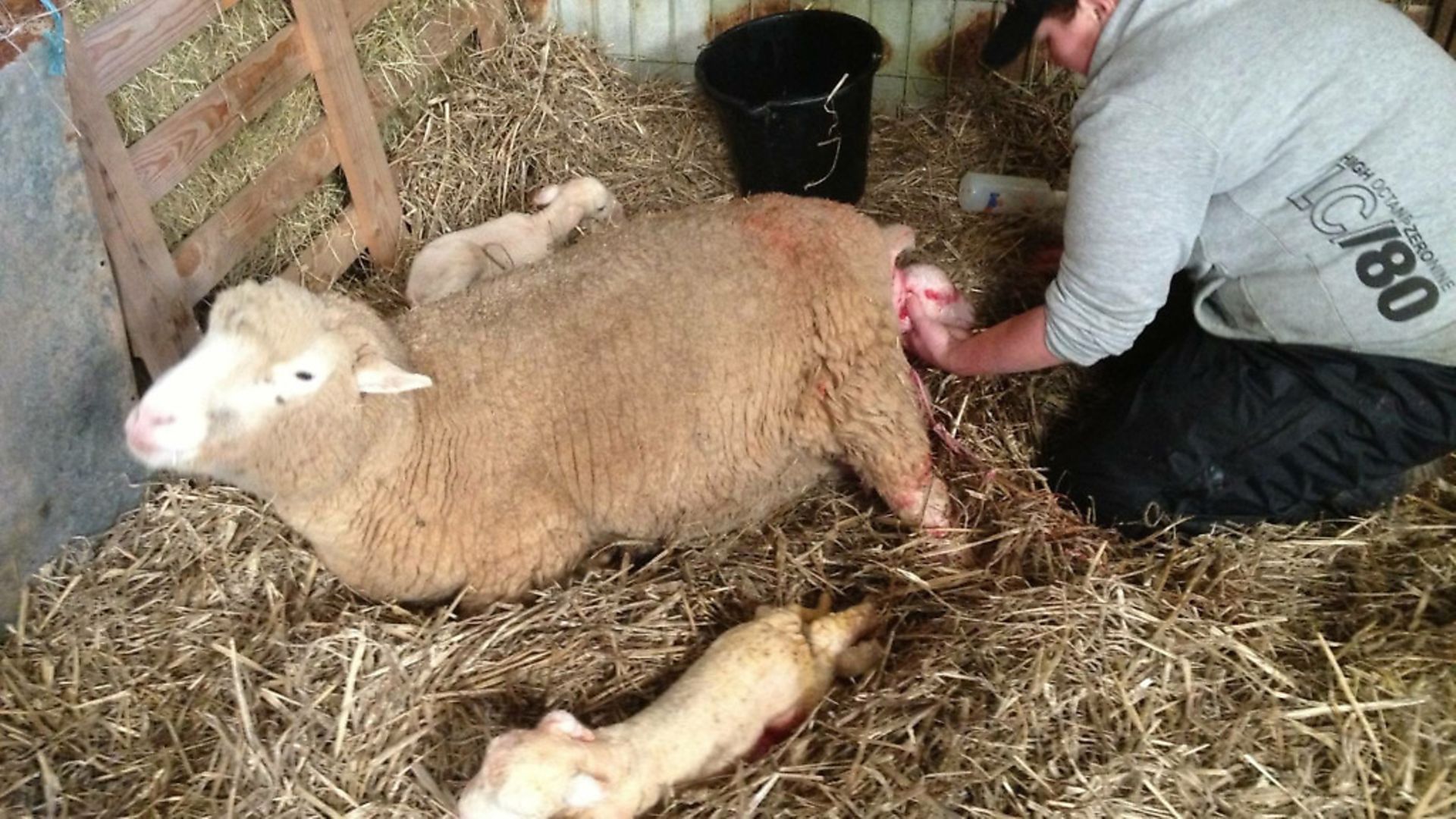 This third part of our series on lambing and kidding looks at some of the more common difficulties you might be faced with. With the best will in the world, you may have done everything by the book but still have a difficult birth. Or you may realise that you have overlooked something. Hindsight is, of course, a wonderful thing.

A vet once told me that around half of the emergency livestock breeding issues her practice was called out to could have been avoided, or resulted in happier outcomes, if either the owner of the stock had been more aware or if the vet had been called sooner: a sobering thought! To counter that thought, how often DO things go wrong? Let’s take two extremes. Mark Hughes from Wales had to assist just three of 128 ewes (mainly Badger Face) during his 2017 lambing. And, over a period of nine years, during which we have lambed and kidded Badger Face and Shetland sheep and Anglo Nubian X and Boer goats more than 40 times, we have had to assist/get help just once! For five years, however, we also ran a small herd of pygmy goats and, looking at those kidding statistics, we (or our vet) assisted with almost 25% of the births.

Lack of birthing issues can be put down to choosing good stock and managing that flock well over the years. But equally, problems that arise are not always the fault of the breeder. We had two accidental matings with our pygmy goats, both with goats under a year old; the resulting problems we then had were definitely our fault. But two sets of abortions and some bad presentations were probably not!

One of the most common birthing issues among sheep and goats is incorrect presentation, briefly mentioned in the last article. 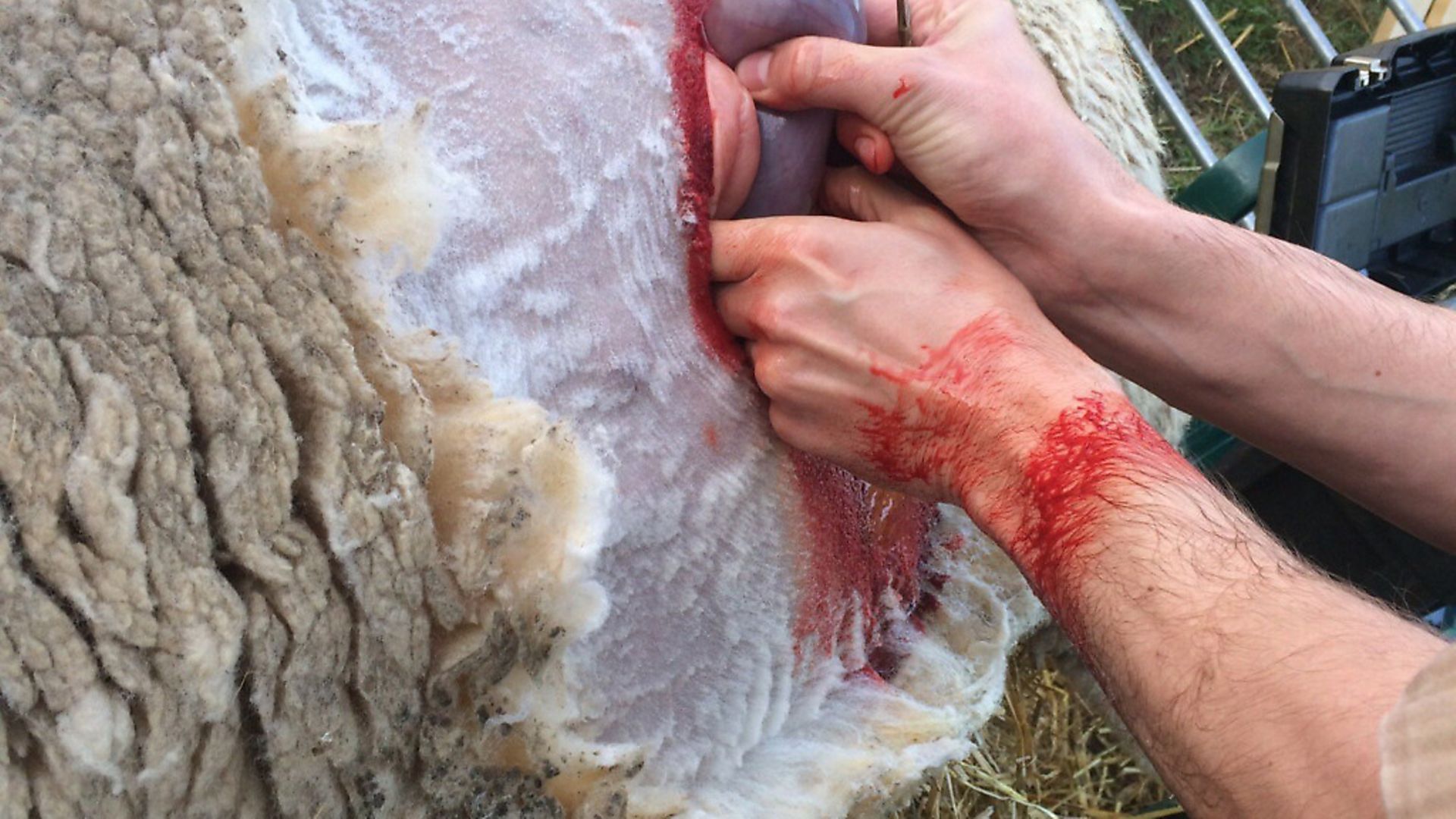 You can find online diagrams that show the multitude of ways unborn lambs and kids can get themselves tangled up and in the wrong position. It’s good to know what you might have to deal with, but essentially, in terms of working out what is going on, you are initially relying on what you can see (or not see).

If a ewe/nanny has been straining for a while and you have seen nothing at all, no water bag, nose or toes, you might be dealing with a severe incorrect presentation such that the poor lamb or kid is not even at the top of the birth canal, or you might simply have a very large lamb or kid that is in the right position but just too big to come out. If you see a water bag and maybe just a nose (and no toes) or toes (and no nose), or just the one toe, you may have something as simple as one leg bent back or, in the case of no nose, a backwards or breech birth (i.e. it is the back feet you can see, not the front).

The key with all of this is time and activity. If the expectant mums stops all activity or keeps straining, but with no joy, then it is decision time for you. Do you get the gloves on and lube up or call the experienced neighbour/vet? You have to do one or the other. There are all sorts of considerations here: if the water bag burst a while ago but the lamb or kid is still in the birthing canal, they are in danger of breathing in the birthing fluid; if kid number one is stuck, what might be happening to kid number two; if kid number one is out, where is kid number two (or did the scanner lie?).

The decision to enter the ewe or nanny to find out what is going on must not be taken too hastily or too tardily. In the last article, we mentioned the half hour slots as being reasonable time frames between each stage (e.g. water bag bursting to kid out) and an hour being too long, but the truth is you need to get to know your individual animals to find out what is ‘normal’ for them.

The other important point to note is that you must still work ‘with’ your ewe or nanny here. If you have had to do something as simple as correct a bent leg, or you have worked out that the kid/lamb is rather large but with your help should still hopefully be able to come out naturally, then if and when you help by pulling, do so when mum is having her next contraction. If you pull whilst the ewe/nanny is having a rest between contractions, then at best your pulling will have no effect and at worst really hurt her and possibly damage the newborn. Similarly, if she obviously wants to shift to get into a more comfortable position, let her. Of course, if time gets to be a critical factor, you might just have to get down to it and get the lamb/kid out for the sake of all concerned. In some circumstances, your vet should be able to give you advice over the phone rather than coming out: better for your wallet and also for mum and youngsters as hopefully this means a resolution is reached more quickly. Jayne Carter, from Lancashire, passed on a great tip from her vet when a second lamb was being very tardy in making an appearance. Jayne had already established that it was presenting incorrectly, but over the phone her vet advised turning the ewe on her back as that gave more room for Jayne to work out what position the lamb was in. Fast forward 20 minutes and said lamb was out with its brother and being licked furiously by a much relieved mum. 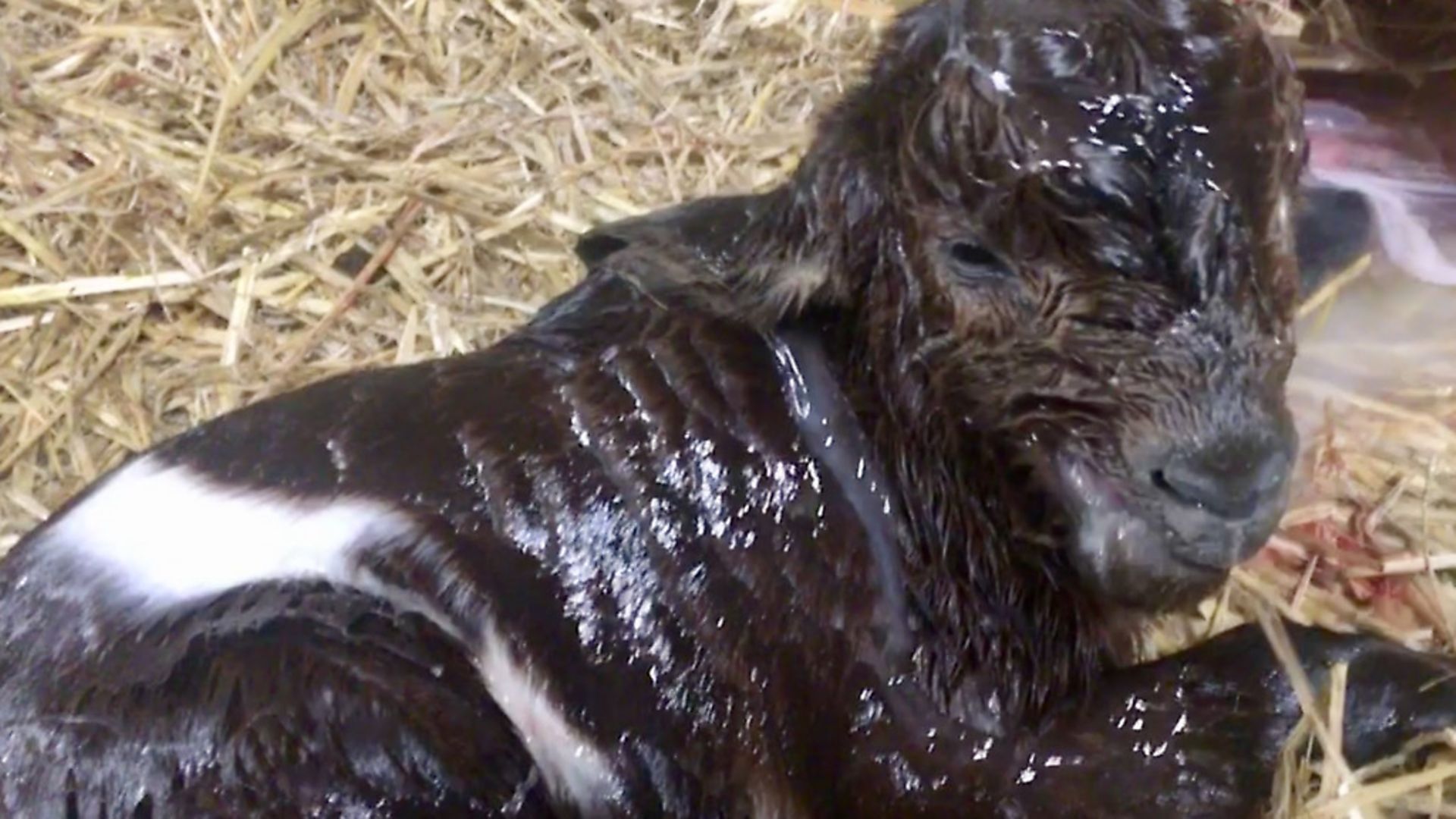 There will be occasions when an incorrect presentation or a large lamb or kid may well require a caesarean – which, of course, should only be done by a vet. It is not practical to rush the poor animal to a lovely clean, sterile room. A top tip from Mark Hughes is that when setting up your lambing area/shed, you should try to create a space for a vet to be able to work as cleanly and securely as possible, just in case.

We had to have a couple of caesareans performed when we ran our pygmy goat flock. Aside from worrying as to whether you will have a live mum and offspring at the end of the procedure, caesareans are quite fascinating to watch. From the minute the animal is given a local anaesthetic, to watching the vet slowly cut through the three layers of stomach muscle and the womb itself, to then seeing a (hopefully) live animal being extracted, is amazing to watch. Even more extraordinary is witnessing what appears to be the far more haphazard task of putting everything back together. Both times we have witnessed this, it did rather seem that we were watching the equivalent of a sleeping bag being stuffed back into its compression sack.

We weren’t, of course. What we were watching was a vet working very quickly because speed is of the essence: the ewe or nanny has just had major surgery and, aide from the risk of an infection getting in, there is also the small matter of her new youngster to clean and feed. Fortunately, the maternal pull is strong and, assuming all is well, the new mum will probably welcome the her newborn whist the vet sews her back up.

Unfortunately, a difficult birth can sometimes lead to post-birth difficulties too. This is not always the case, but sometimes the ewe might be too tired or too traumatised to start to take care of her newborn; if so, your help is needed to get the lamb/kid dry and suckling. It is important to do all you can to try to ensure mum accepts her newborn and wants to look after it. This is for a variety of reasons, mainly to do with the fact it is healthier for the animals but also for you in terms of workload. Bottle feeding is fun, but jolly hard work and can cost money.

Sometimes your newborn might need a bit of TLC away from mum but can then successfully be returned. Nicola Morris from Cornwall had to take a kid to her house to warm it up after it got cold and wet from snow which got into the barn. The next day the kid was returned and mum only needed a bit of persuasion to accept him again. 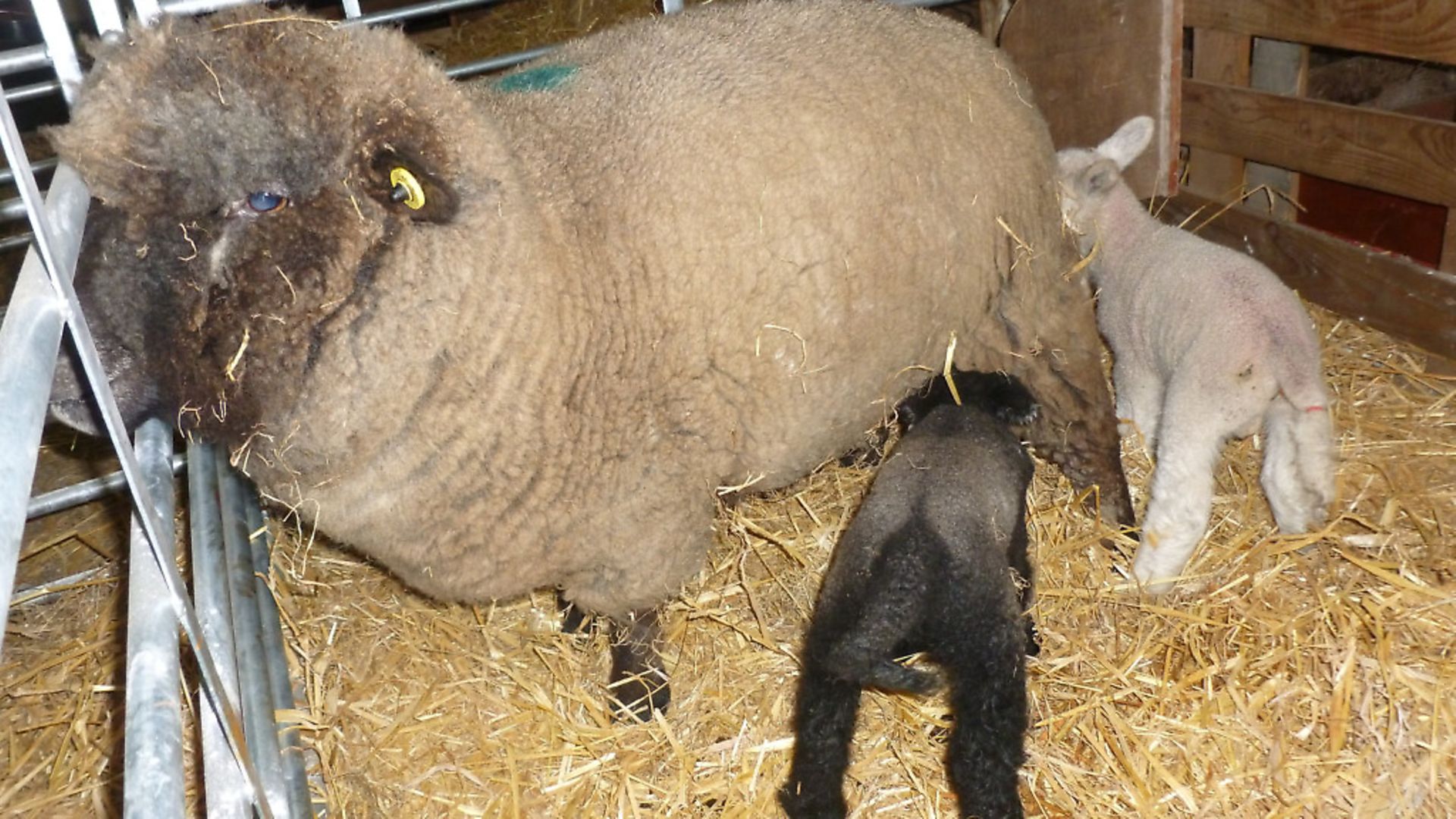 If, for whatever reason, a bond does not form, you do have the option of finding another ewe or nanny to take on the rejected youngster. There are various ways of doing this, depending on the circumstances, but success depends on fooling the ‘mum’ into thinking the ‘interloper’ is actually hers – and the way to achieve this is through smell. If you have had a ewe giving birth to a dead lamb (or the lamb died shortly after birth), then skinning the dead lamb and putting its skin onto the lamb you want adopted can work a treat. We did this last year with a shearling Shetland ewe and the effect was instant! Another tip is to chose a ewe that is due to have a single, and plan it so that when she gives birth, the lamb to be adopted is ‘in the way’ such that the birthing fluid and new lamb are born directly on top of him/her. Jayne Carter successfully achieved this with a lamb that had been rejected by its mother and was delighted when the ewe turned around and seemed totally unphased to find two lambs waiting for her, rather than just one. The adoptee was three days old by this stage as well.

Even when you do your best…

Some things will be beyond your control and sometimes you will lose lambs and kids that weren’t destined to live no matter what you did, or didn’t do. Rachel Edwards from Carmarthenshire lost one lamb due to the ewe rupturing its uterus/bowel, but amazingly saved the first by getting it out when she realised the ewe was struggling. We lost twin kids one year because the mum contracted tick-borne fever and aborted. The important thing is always to learn from any losses you have.

We end as we started by reiterating what a magical time lambing and kidding is. So, be as prepared as you possibly can be, and then relax and enjoy it! 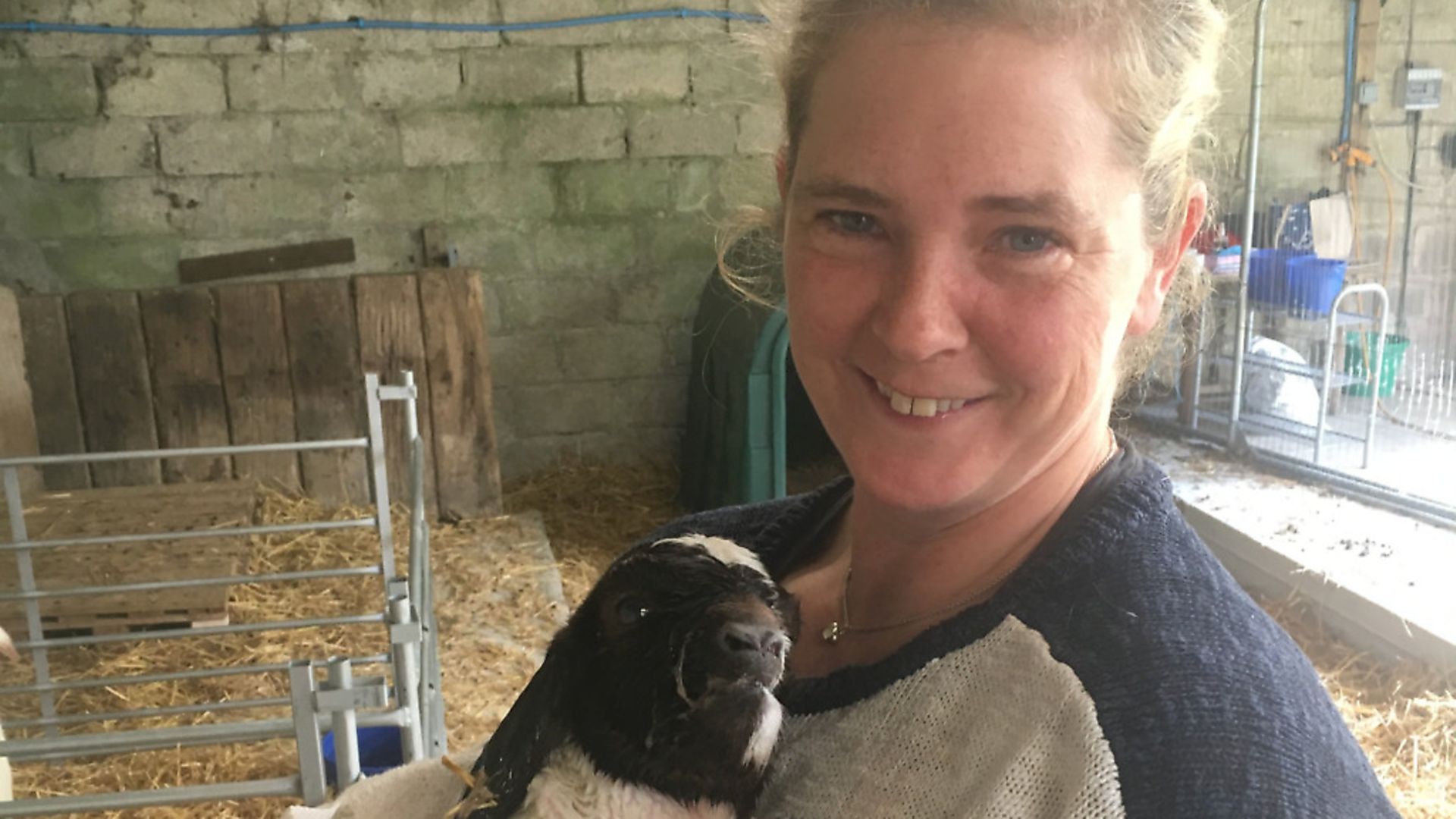