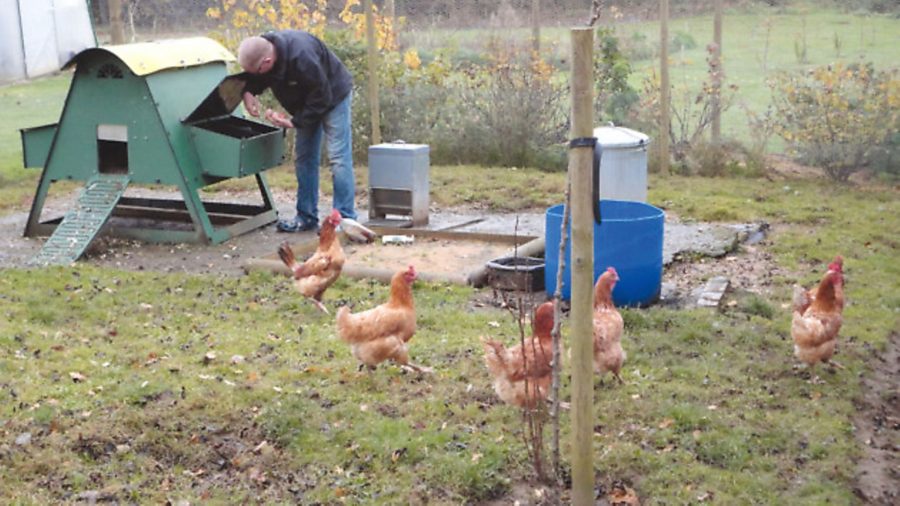 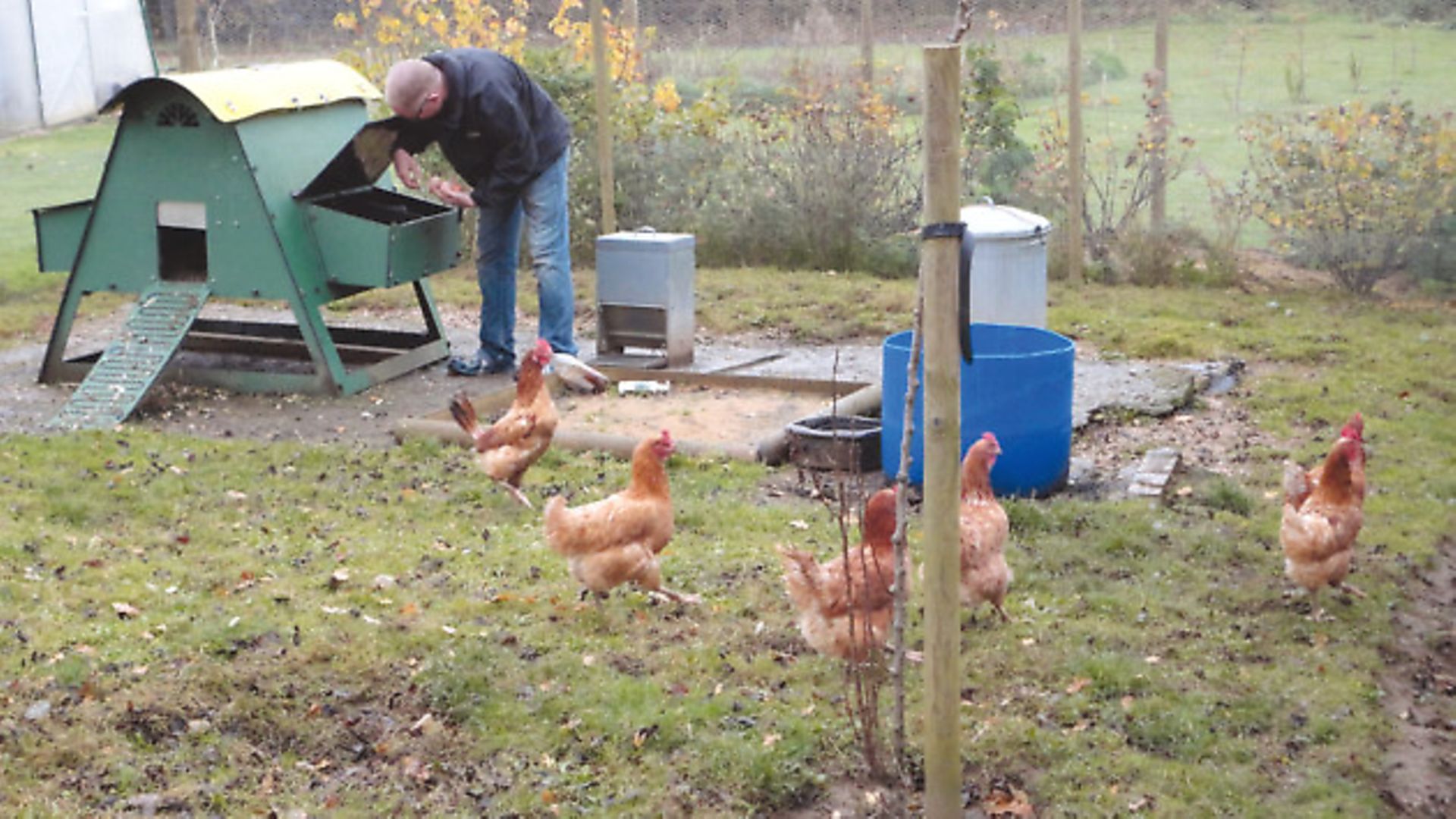 Chicken, turkey and duck owners must keep them indoors for 30 days or take steps to separate them from wild birds.

The H5N8 bird flu strain has been found in poultry and wild birds in 14 countries including Germany and France.

The government’s chief vet Prof Nigel Gibbens said the risk to humans was low and no UK cases had been found.

The precautionary measures announced by the Department for Environment, Food and Rural Affairs (Defra) apply to farmers and anyone in England who keeps any birds, even those with a few chickens in their back garden.

Similar restrictions have been introduced in Scotland and Wales.

Farmers are being asked to look for signs of infection and to take robust disinfectant measures.

Members of the public are also being told to report cases of dead wild waterfowl – such as swans, geese and ducks – or gulls, or five or more dead birds of other species to Defra.

Defra said it had increased its surveillance, and keepers are being urged to make sure feed and water is not accessible to wild birds. 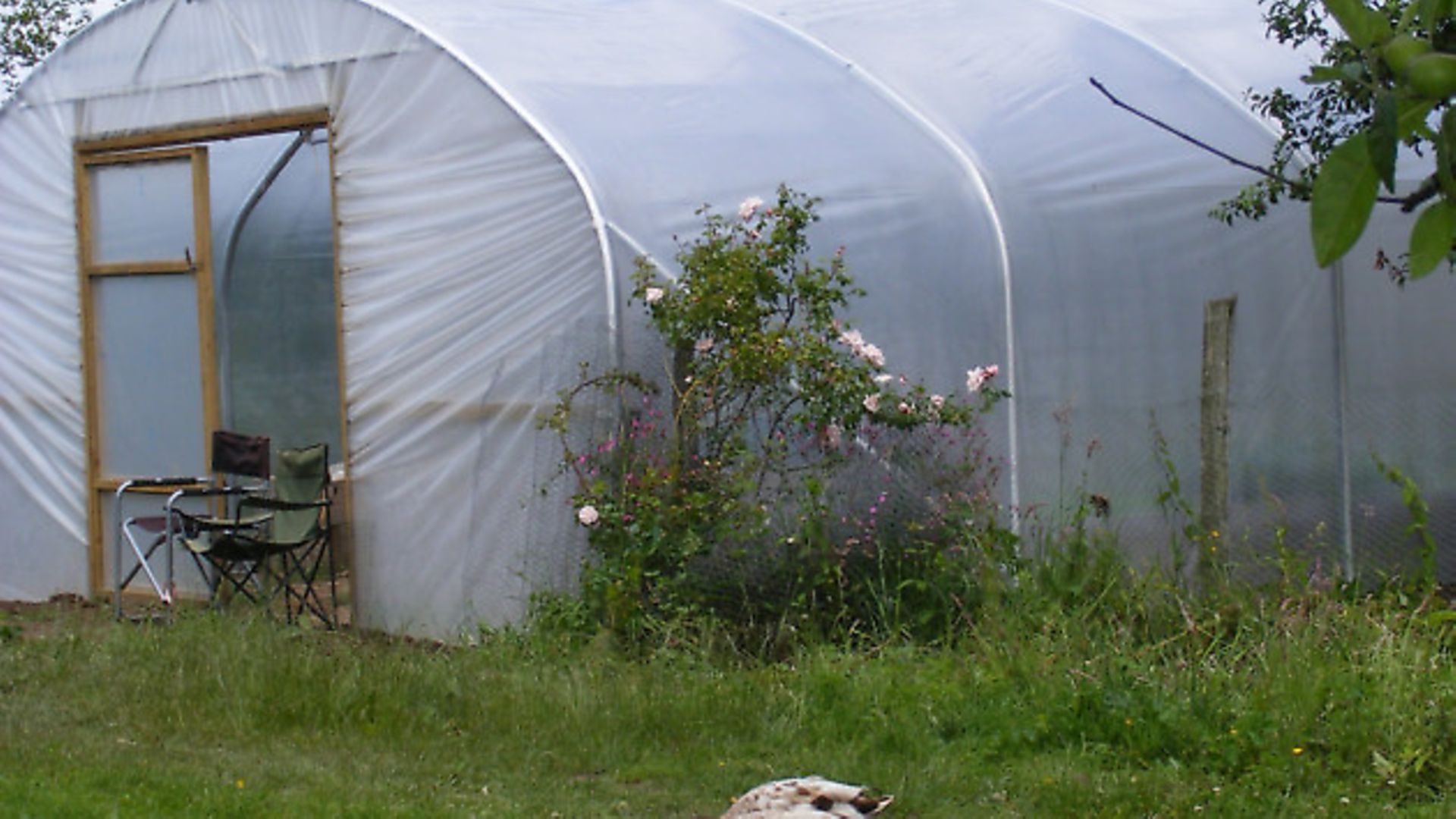 Victoria Roberts, one of Britain’s leading poultry vets, was asked what action smallholders and back garden henkeepers should take.

How should small-scale poultry keepers and back garden henkeepers respond to this?

Victoria said: “In its most pragmatic terms, ‘indoors’ means protection from wild bird faeces, so a covered run is better welfare for chickens than being shut in a dark shed. Free range hens will need entertainment if suddenly confined, such as branches for extra perching, vegetables hung up etc. to avoid conflict.

What if a small-scale chicken keeper has a wire run which is not covered?

Victoria said: “The best idea would be to cover the run with a tarpaulin so any wild bird faeces can’t reach your birds. Close mesh may not be enough protection as a roof as faeces from wild birds can fall through. Polytunnels are an excellent solution.”

What if a back-garden henkeeper only has a coop and no run, with the birds free ranging in the garden?

Victoria said: “Then the birds need to be kept in the hen hut until the keeper can construct a makeshift run that is covered. It is a case of using common sense. The key thing is to prevent your birds coming into contact with wild birds or their faeces. Keep their feed and water in places where it can’t be contaminated. Keep your birds away from places where wild birds may congregate or feed. These wild birds, particularly waterfowl, are migrating now and will show no symptoms.

“We have been warning about this since the outbreak in 2007 and stressing that domestic birds need to be kept away from wild birds, but people don’t listen.

“This is the first time that such preventative measures have been taken. It has never been done before.”

How about other poultry, such as geese?

Victoria said: “Geese are more problematic as they prefer to be on grass, but can be fed from deep bowls with wheat covered by water which discourages wild birds of the jackdaw and pigeon varieties, but where wild mallard congregate, this is obviously not effective or sufficient. Again, polytunnels are good, although the sides will need protection from nibbling goose bills.”

Are poultry shows likely to be affected?

Victoria said: “If the birds are arriving in vehicles and shown indoors, this should be OK. Preparations are underway for the very large National Federation Show in Stafford the weekend before Christmas, with 7,000 entries., so we are keeping our fingers crossed.”

*Victoria Roberts is a regular writer for Country Smallholding and Your Chickens magazines.

Daniel Brown, a chicken farmer from Cambridge with 40,000 hens in three sheds, said Defra had made the correct decision.

He told BBC Radio 4’s Today programme: “We’ll be shutting them in this morning. We’ll be putting in extra toys for the birds – straw bales, empty bottles, cardboard boxes – anything to give them something else to think about.

“They love going outside, and now they can’t for their own safety so we’ll be doing anything we can just to keep the birds happy.”

Prof Gibbens said: “We are closely monitoring the situation across Europe and have scaled up surveillance in response to the heightened risk.

“As a precaution, and to allow time for poultry and captive bird keepers to put in place appropriate biosecurity measures, we have declared a 30-day prevention zone to reduce the risk of infection from wild birds.”

Prof Gibbens said the disease can get into housed birds and urged farmers to increase and maintain their biosecurity.

The British Poultry Council said eggs could still be sold as free range because the measures were compulsory, and there was no threat to supplies of Christmas turkeys.

Last month, 190,000 ducks were culled in the Netherlands to try to prevent the spread of bird flu across northern Europe.