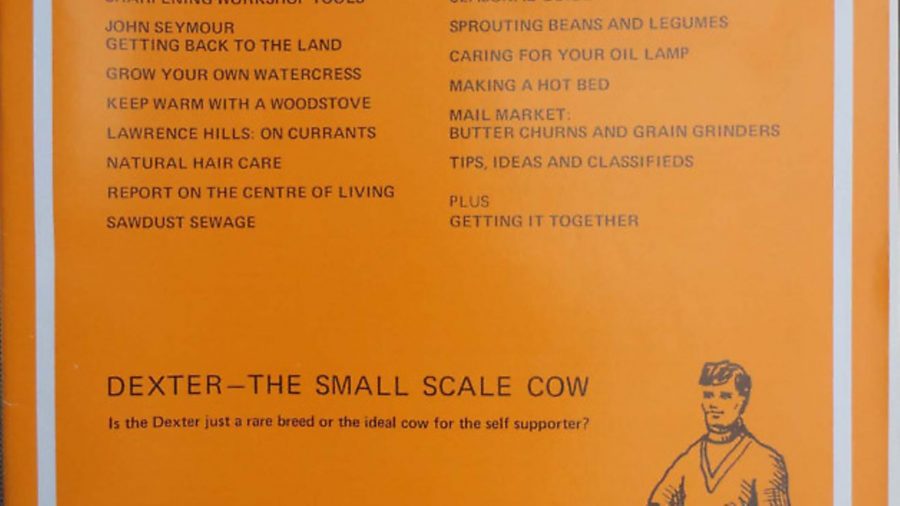 The November Country Smallholding will be a bumper 40th birthday issue! You can read a digital edition of the first issue of our forerunner, Practical Self Sufficiency, here: http://bit.ly/1Jl0vJc It came out in Nov 1975. Don’t miss the article by self-sufficiency guru John Seymour of pages 6-7! There will be a special 12-page birthday section in a bumper birthday issue of CS (Nov issue). Look out for it on www.buyamag.co.uk from mid Sept

The forerunner of the magazine, Practical Self Sufficiency, was launched by Katie and David Thear way back in November, 1975.

Katie was a leading proponent of self-sufficiency, and a contemporary of towering figures such as John Seymour and Lawrence Hills, both of whom wrote for the first issue.

Practical Self Sufficiency started as a small, bi-monthly subscription publication for those who wanted to make the best use of a little land.

Katie said later: “Our aims were simple: keep animals and poultry humanely, on a small scale, produce wholesome food for our young family without damaging the environment, and encourage the sharing of traditional knowledge before it disappears. Today, these concerns are part of the mainstream, but in those days it was very different. Intensive chemical farming was the norm and the concept of a ‘smallholding’ had all but disappeared.”

The magazine proved a great success. The first issue had to be reprinted several times to keep up with demand, and it attracted a lot of media interest. The Daily Telegraph referred to it as the ‘smallholder’s bible’.

Practical Self Sufficiency underwent several name changes before it became Country Smallholding in April 1999. Two years later, it was bought by the Eastern Counties Newspaper Group, which later became part of Archant, one of Britain’s largest regional media groups. Katie Thear continued to write for the magazine until she retired in 1975. She died in 2010.

Current editor Simon McEwan said: “Country Smallholding is the biggest-selling magazine for smallholders, and has inspired and informed countless people over the decades. We owe a big debt of gratitude to the founders, Katie and David Thear.”

“We have some exciting plans for the 40th birthday issue. David will be recalling the launch of the magazine, and we will report on many of the topics covered in that first issue, and how they are still relevant today. We will interview a family who have subscribed to the magazine for its entire history, and we also aim to reproduce a wide selection of covers from the past four decades.”

We would like you to join in the celebrations! To advertise in this special 40th birthday issue of the magazine, please contact Rachael Wilson on 01271 341633 or email rachael.wilson@archant.co.uk

Editorial contributions or letters should be sent to: editorial.csh@archant.co.uk