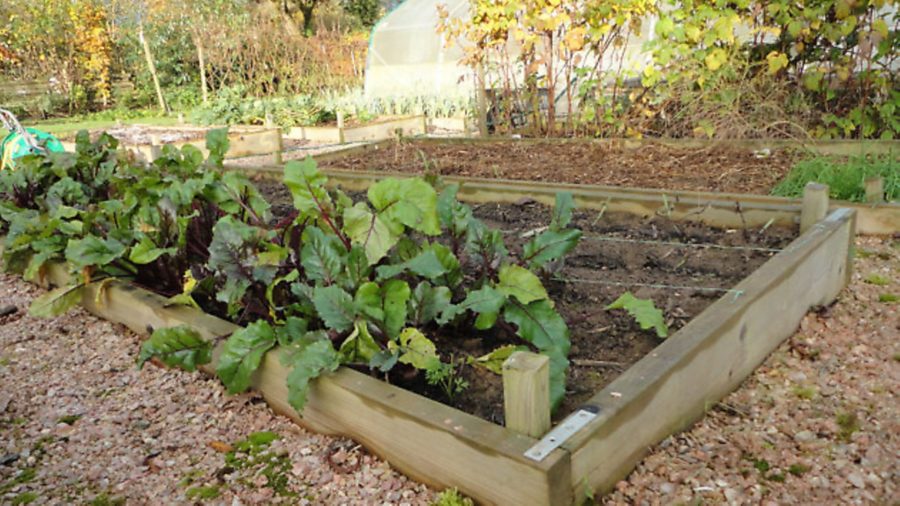 Practical Self Sufficiency was launched by Katie and David Thear in November, 1975. Years later, it became Country Smallholding. Here, David tells the story of the launch 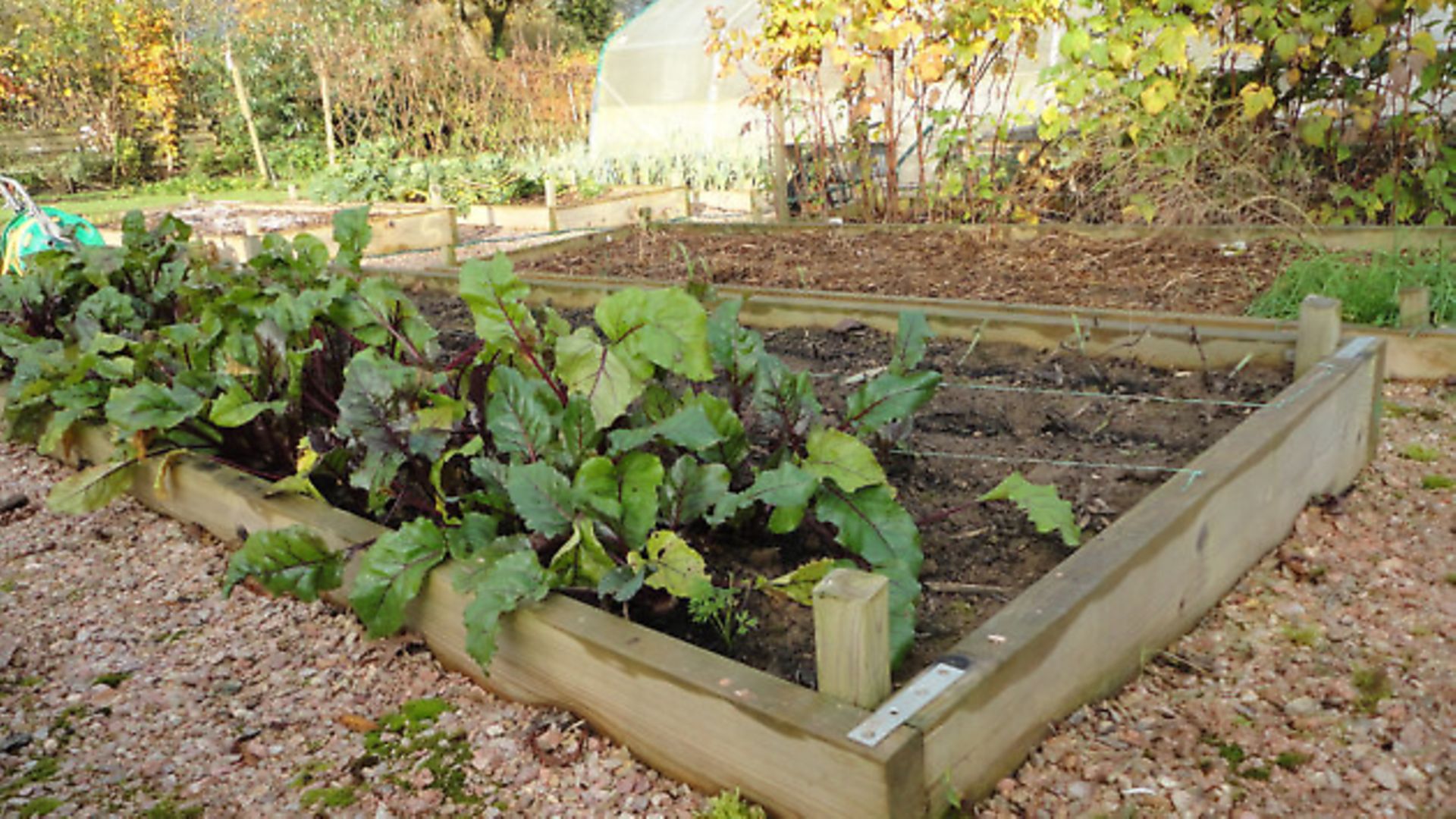 During the summer of 1973, Katie and I decided to publish a magazine that would provide practical help for people trying to be more self-sufficient.

Three years earlier, I had taken voluntary redundancy from my job in magazine publishing where I had worked for nine years. I started an agency for magazine publishers, working from home while Katie taught biology and chemistry at the local comprehensive school. By 1972, the agency was attracting more work than I could handle and Katie gave up teaching and joined me as a partner. The experience of working together in business would prove to be invaluable.

During these years we had both become interested in the ideas of self sufficiency and grew fruit and vegetables organically in our suburban garden.

In order to expand these activities we realised that we would need to move into the country and find a new home with sufficient land so that we could keep poultry and livestock. Katie was not daunted by this as she had grown up on a smallholding in Wales. We soon found that there were no books on smallholding topics and our idea for the magazine was designed to meet that need.

Katie had the idea. ‘Let’s start a magazine on self-sufficiency. I’ll edit it and you can do the rest.’ Having taken the decision, we knew that we needed to find a new country home first. In 1974 we signed a contract to purchase a house with 10 acres and stone outbuildings in South Wales, but at the last minute the seller withdrew, so we had to begin again. At the beginning of 1975 we found a house with two acres and a small cottage in Essex. It was called Broad Leys and in August that year we moved in.

It was a busy summer. Katie contacted relevant people and organisations to seek their support and generate some articles. I found a typesetter and printer and began advertising to attract subscribers. 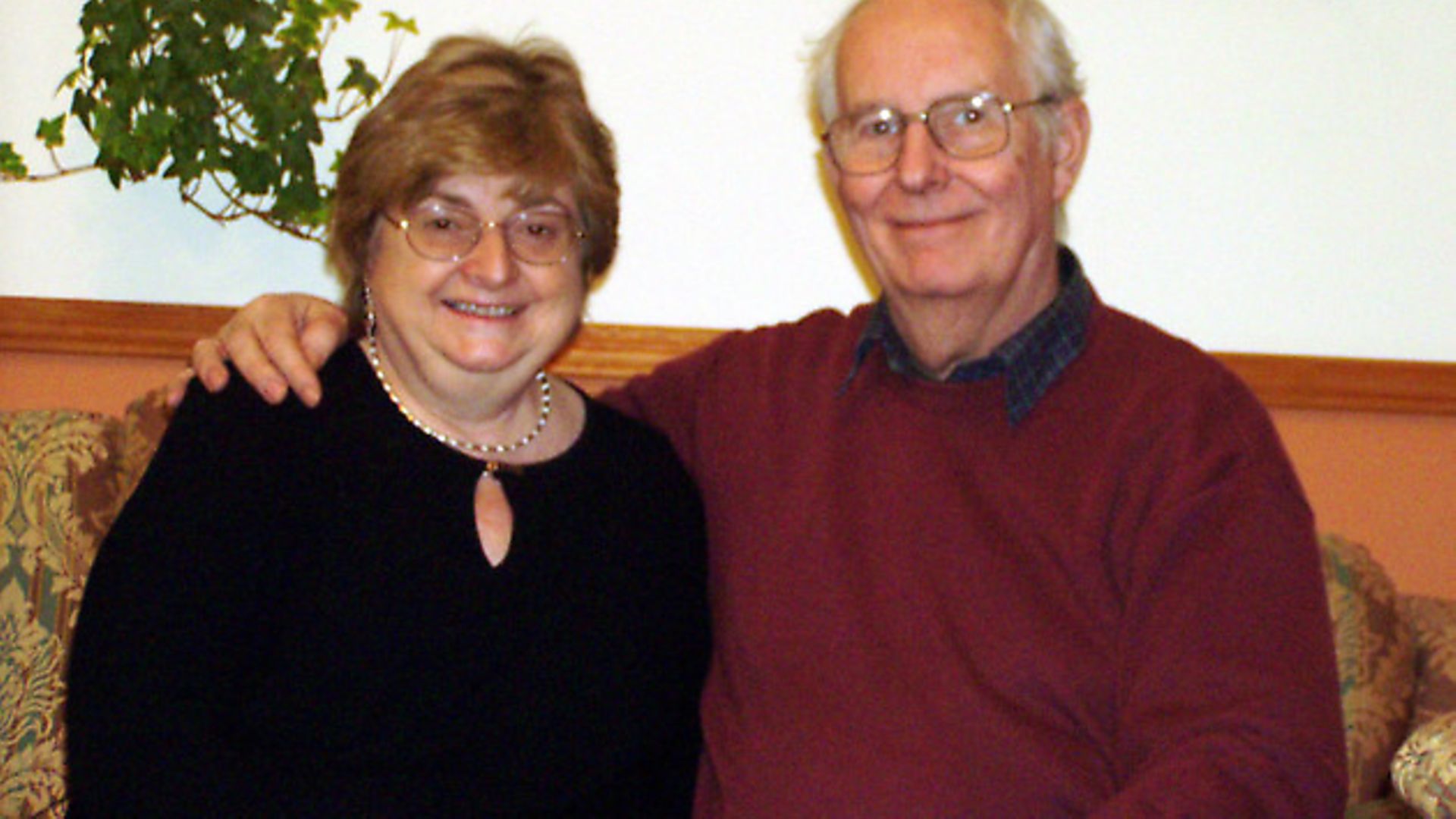 We planned a small 32-page magazine to be published bi-monthly and I budgeted for 1,000 copies, but the idea was widely welcomed and the first issue ran to 3,000.

There was a small hand-produced publication at that time known as the Self Reliance Newsletter, based in Lancashire and turned out by a man called Colin Richardson. The number of subscribers had grown to around 600 and it was too much for him. I drove to see him and came back with the subscription list. He was relieved and we had a flying start. The newsletter consisted of an exchange of letters by people asking for help and others responding with tips and information. It went on to become our letters page called ‘Getting it Together’ which often ran out around eight pages and was to prove an important part of the magazine.

In November Katie gave birth to our third child, Gwilym, and two weeks later the first issue of Practical Self Sufficiencywas published. It was a busy month.

I had sent out a press release to the media and we received reviews and interviews on radio and television. Fortunately self-sufficiency was news and we were unique.

By modern standards, the first issues of PSS look crude and amateurish, but with Katie’s trenchant and clear sighted editing, the magazine grew in circulation, in the number of pages and reputation. Contributions in the early days were unpaid and in our first issue, both John Seymour and Lawrence D. Hills wrote for us.

PSS was profitable from the first issue as we had a rising income from subscriptions, from advertising and from selling books and equipment through the magazine. What I hadn’t anticipated was the demand for back copies from new subscribers. We had to constantly reprint the early issues to keep up with demand. 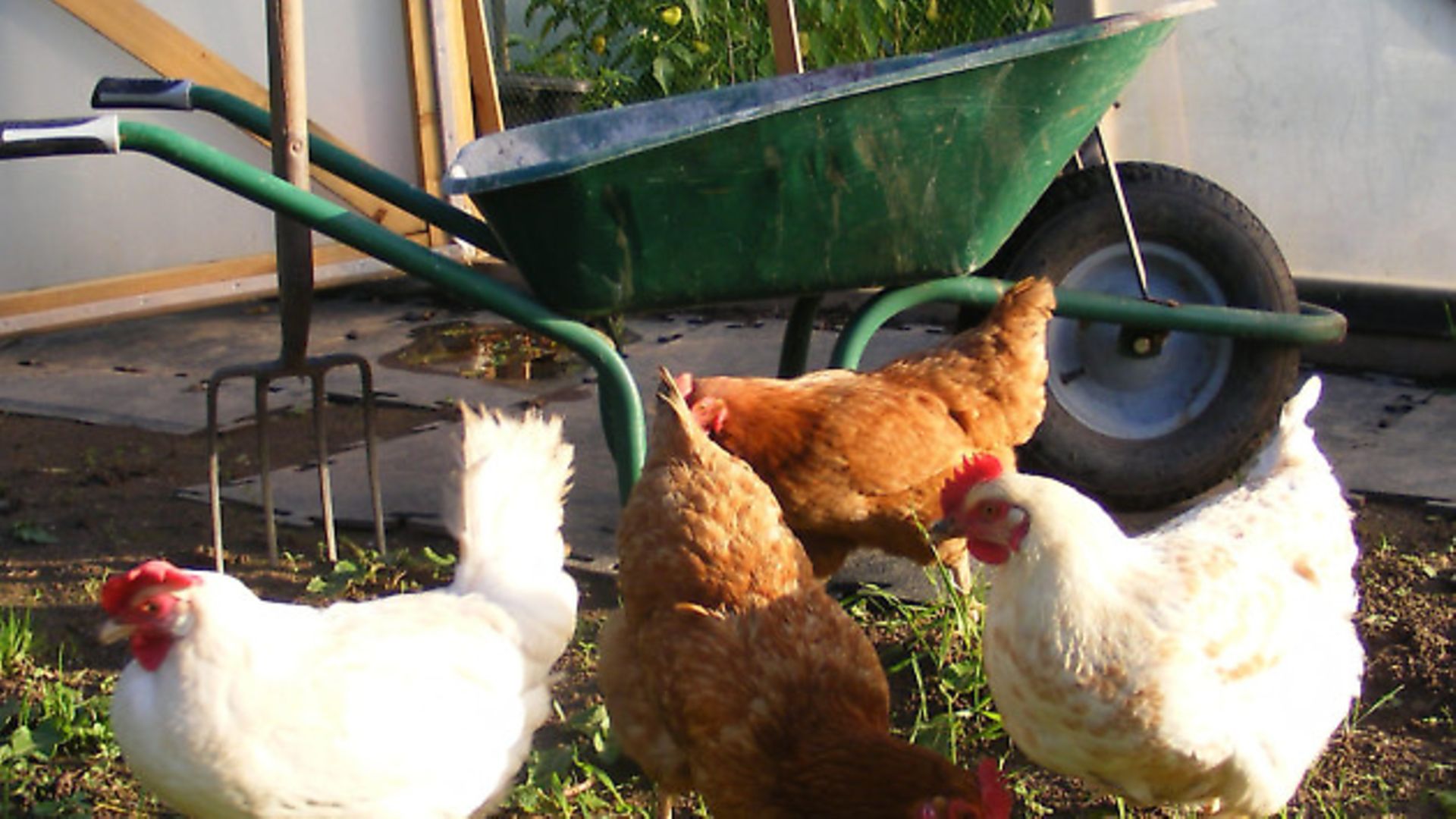 We began having a series of Open Days at Broad Leys, on different subjects such as organic growing or poultry keeping. They provided additional income and enabled us to keep growing the magazine. They also provided an opportunity to meet our subscribers. One of these days on dairying

proved to be our undoing as around 2,000 people turned up, which was more than twice as many as had been expected. We couldn’t park all the cars and the entire village was gridlocked for a while, which didn’t make us popular.

From the late 1970s, Katie started writing books and went on to write 22 altogether including revised editions. She also wrote a television series on self sufficiency for Channel Four. We attended numerous smallholding shows where Katie would give a talk together with John Seymour and Lawrence Hills.

In the 1990s, on a visit to the United States, Katie led a three-hour workshop on free range poultry keeping at the national annual conference of the American Small Farmers Association.

During the early years, the television programme The Good Lifebecame very popular and brought the concept of self-sufficiency to a very wide audience. The upshot was that the name became a joke, so in 1982 we changed the name of the magazine to Home Farm. It would have stayed that way, but at the end of 1993 we planned to re-launch the magazine as a monthly bookstall magazine carrying colour pages for the first time. To get a magazine onto the bookstalls entails being accepted by the two principal wholesalers. Neither of them were prepared to take the magazine as Home Farmor with any title which included either of the words farm or smallholding. They both agreed to take it as Country Gardenso we went onto the bookstalls with that title. It wasn’t right and we sneakily altered it, first to Country Garden and Smallholdingand finally to Country Smallholding. 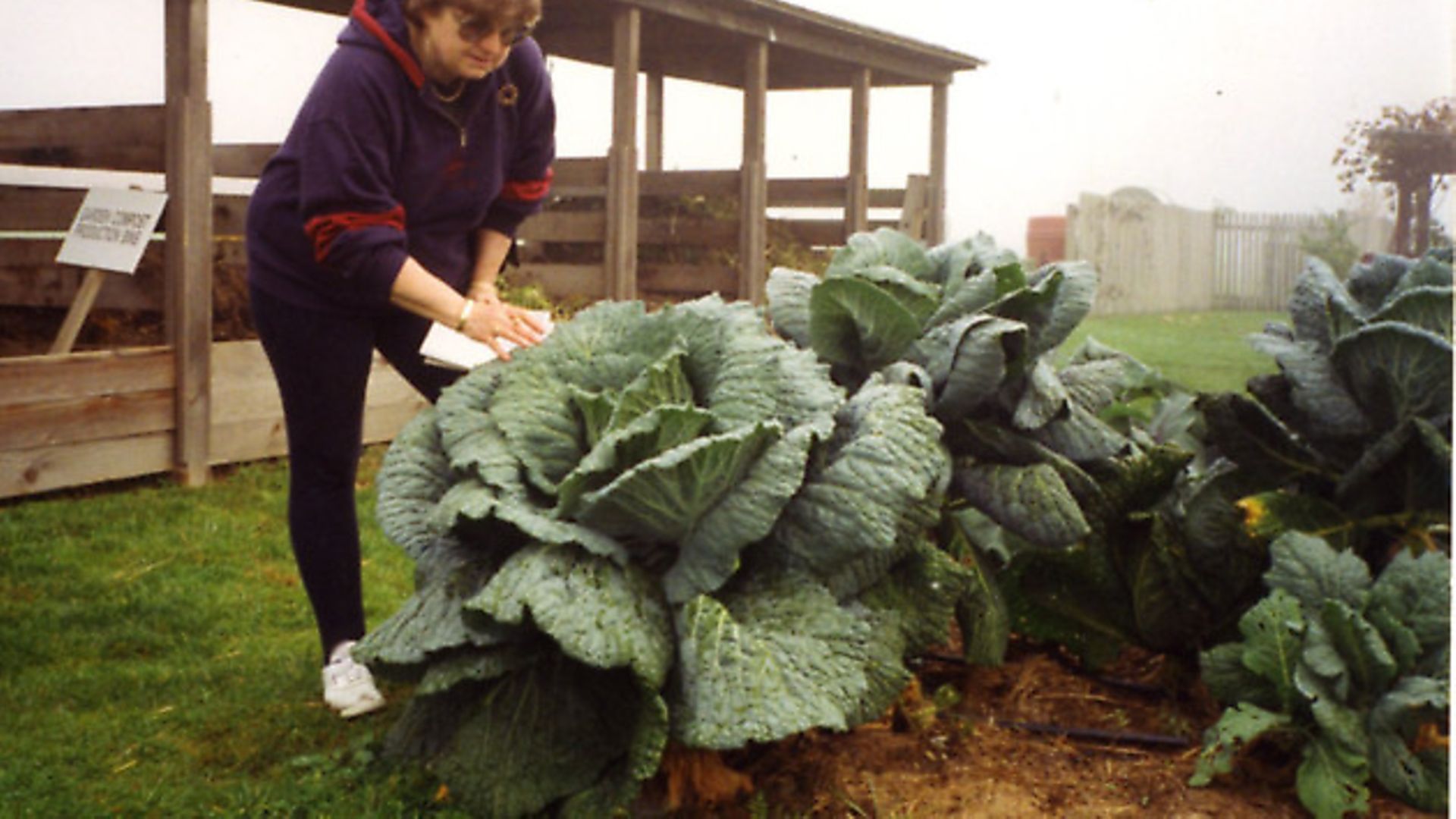 Katie Thear died in 2010. When she stopped writing for Country Smallholding in 2007, she had this to say about the aims she and David had in launching PSS, and described the approach to farming back in those early days.

Our aims were simple: keep animals and poultry humanely, on a small scale, produce wholesome food for our young family without damaging the environment, and encourage the sharing of traditional knowledge before it disappears. Today, these concerns are part of the mainstream, but in those days, it was very different. Intensive chemical farming was the norm and the concept of a ‘smallholding’ had all but disappeared.

Agri-business was destroying the natural ecosystem in many parts of the country. Hedges were removed to provide large tracts of treeless plains for growing heavily subsidised arable crops. Ponds and streams were polluted by slurry and chemical run-off. Spraying and the annual practice of

burning stubble polluted the air to an extent that was largely unappreciated by those living in urban areas, and who were protected by the Clean Air Act. (It had not been thought necessary to include the countryside in its original remit.)

Many species of wildlife were declining at an alarming rate, while the conditions of farm animals were often horrific: battery cages for layers, dark and over-crowded houses for broilers, crates and chains for farrowing pigs, and a factory farming mentality that favoured production at the expense of any humane considerations. These included the extensive use of antibiotics and other additives in livestock feed, a factor that led

to humans ingesting low levels of antibiotics and other residues in the meat, to the general detriment of their health.

Being ahead of the game, the magazine has several firsts to its credit, where, thanks to research into old and new techniques, it reintroduced the use of traditional skills in a modern context. They include raised bed cultivation, now widespread but then virtually unknown, and the use of scientifically designed wood burning stoves that were then just being introduced from Scandinavia. The magazine also began the debate as to

what constitutes `free-range’, a movement that ultimately led to the introduction of defining legislation.

I also campaigned for the banning of sow farrowing crates and stubble-burning, for the provision of labelled livestock foodstuffs as well as other measures to protect livestock, the countryside and the local economy.

As a result of our campaigning activities, we encountered much opposition, some of which was threatening and abusive… but the tide was turning.

A tribute to Katie Thear

We first met Katie Thear in the mid 1980s at a smallholding show in Sussex. Our interest in self sufficiency was just developing at that time and we had become avid readers of Home Farm magazine, so it was a real thrill to meet the founding editor in person. She was friendly and approachable, and patiently answered our novice questions. Meeting her was the highlight of our day.

It’s difficult to overstate the huge

contribution that Katie made to the self-sufficiency movement, within which she was the outstanding figure for more than 30 years. She inspired and encouraged many thousands of people, including Rosie and I, to return to a more sustainable and fulfilling way of life on the land; and her influence will live on for many years to come.

The 1970s was not just an era of flared trousers, lava lamps and punk rock. It was an era of rising inflation, a three-day week and the return of

unemployment. Yet, towards the second half of the decade, it was also a time of rising living standards, the growth of credit and rising property prices.

Economic growth was re-established in 1975 as the recession was declared to be at an end and Margaret Thatcher began her ascendancy as leader of the Tory Party, but it took a while for prosperity to return. So what was life like when Katie Thear and her husband David decided to start a magazine to help aspirational smallholders? If you wanted to buy a house in 1975, it would have set you back an average of £10k, which was more than double what it had been five years earlier. Interest rates were at 11% and inflation at 24%, quite a scary prospect compared with the current rates! A loaf of bread cost about 16p and a pint of lager in your local around 20p. There were around 15 million cars on the road, compared with 40 million today and you could buy a Mini for around £600 and a Range Rover for £2k. A trip to the cinema cost about 50p. Mind you, the average life expectancy around then was 72, today it is about 82… progress?

The UK first started pumping North Sea oil in that year, a very welcome boost to the economy and petrol cost around 16p per litre. Who would have predicted such a price rise over the intervening years? And then there was THAT programme on TV…

I was only 10 when the BBC launched the wonderful sitcom The Good Life, but in those days you watched what was on or went without. There can’t be many readers of this magazine of my age or over who don’t instantly know what that catchy little title tune is referring to. A few years ago I was interviewed about smallholding by BBC Radio Gloucester and was amused (and privileged) to find that they had prefaced my interview with the same tune and a small clip from the show.

Starring four big names, Felicity Kendall, Richard Briers, Paul Eddington and Penelope Keith, it was a wonderful combination of mocking both ‘the good life’ concept but also the snobbery of the very image conscious neighbours next door. Being of a smallholding persuasion, I feel the smallholders come out on top, but I suspect that there must be some people out there who feel it justifies their view that smallholding is not for them!

It is hard to believe that the programme is 40 years old as it is still very watchable today. If you haven’t seen it, I can highly recommend it. I wonder if anyone was sufficiently inspired to follow Tom and Barbara’s lead? Where are they now?

– Nov 1975: launch of Practical Self Sufficiency