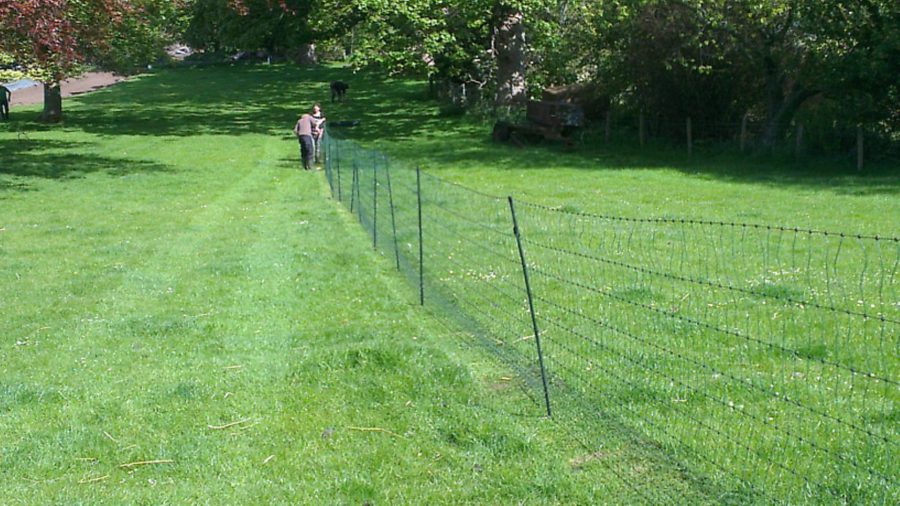 Meriel Younger from www.electricfencing.co.uk answers some of the most common FAQ when it comes to electric poultry netting 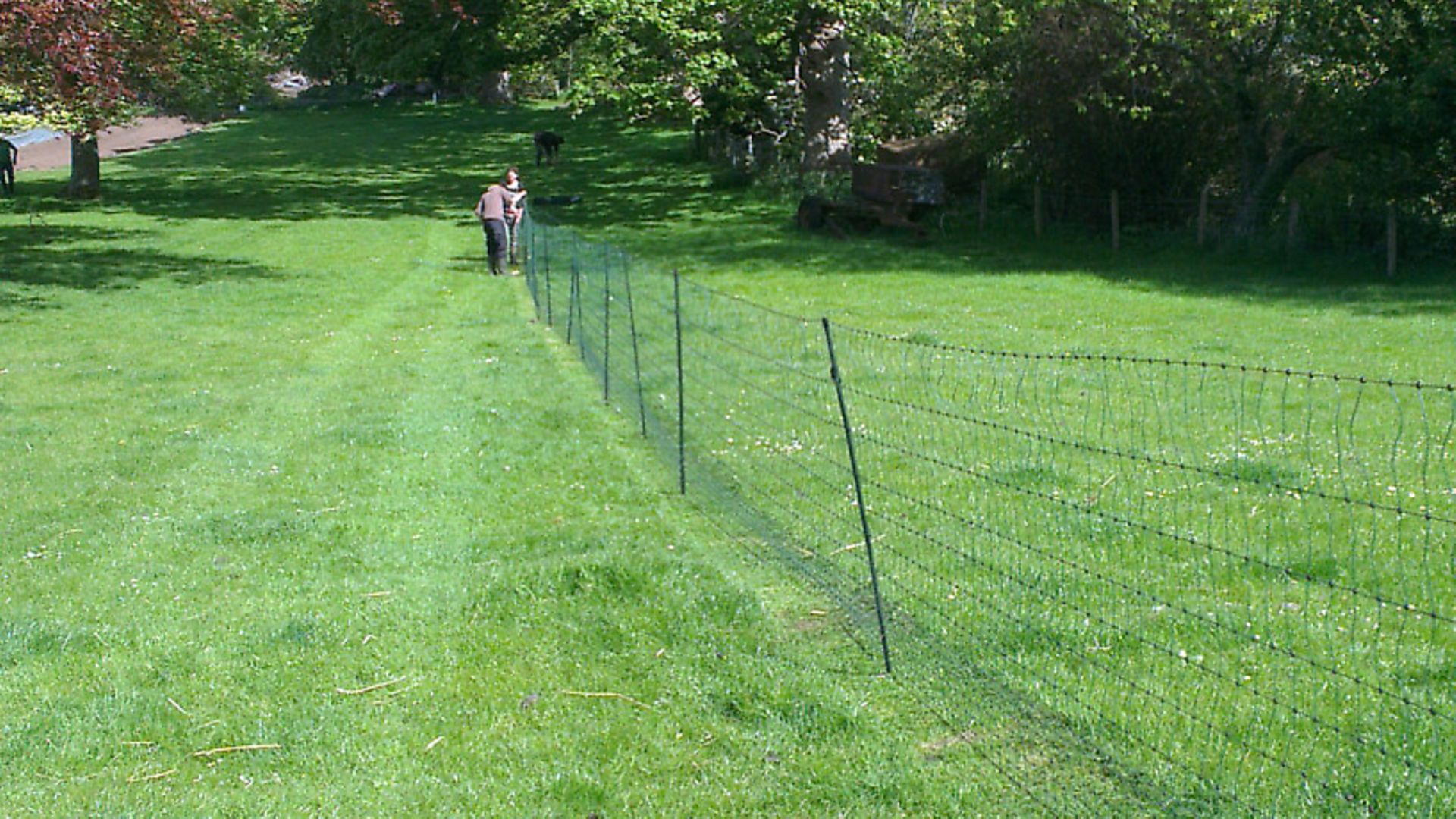 1. If the netting is too long how can I shorten it?

If you have purchased a poultry net (or any netting for that matter) but you find you have too much length then please don’t cut the net. The best solution is to roll the netting up at one end. To ensure that the net doesn’t short on anything and the grass and weeds don’t grow up through it put some plastic under the rolled up end

2. How can I stop netting from sagging?

3. How can I stop netting from shorting on the second line up?

If you have done everything possible to stop shorting but the second line of the netting is still touching the ground and causing a problem we would suggest firstly that you try using netting clips – these clips camp the netting to the post and enable you to pull the netting up so it doesn’t fall to the ground. The last resort would be that you cut the line at both ends of the net. The line would then have no power going through it and it wouldn’t matter if it touched the ground 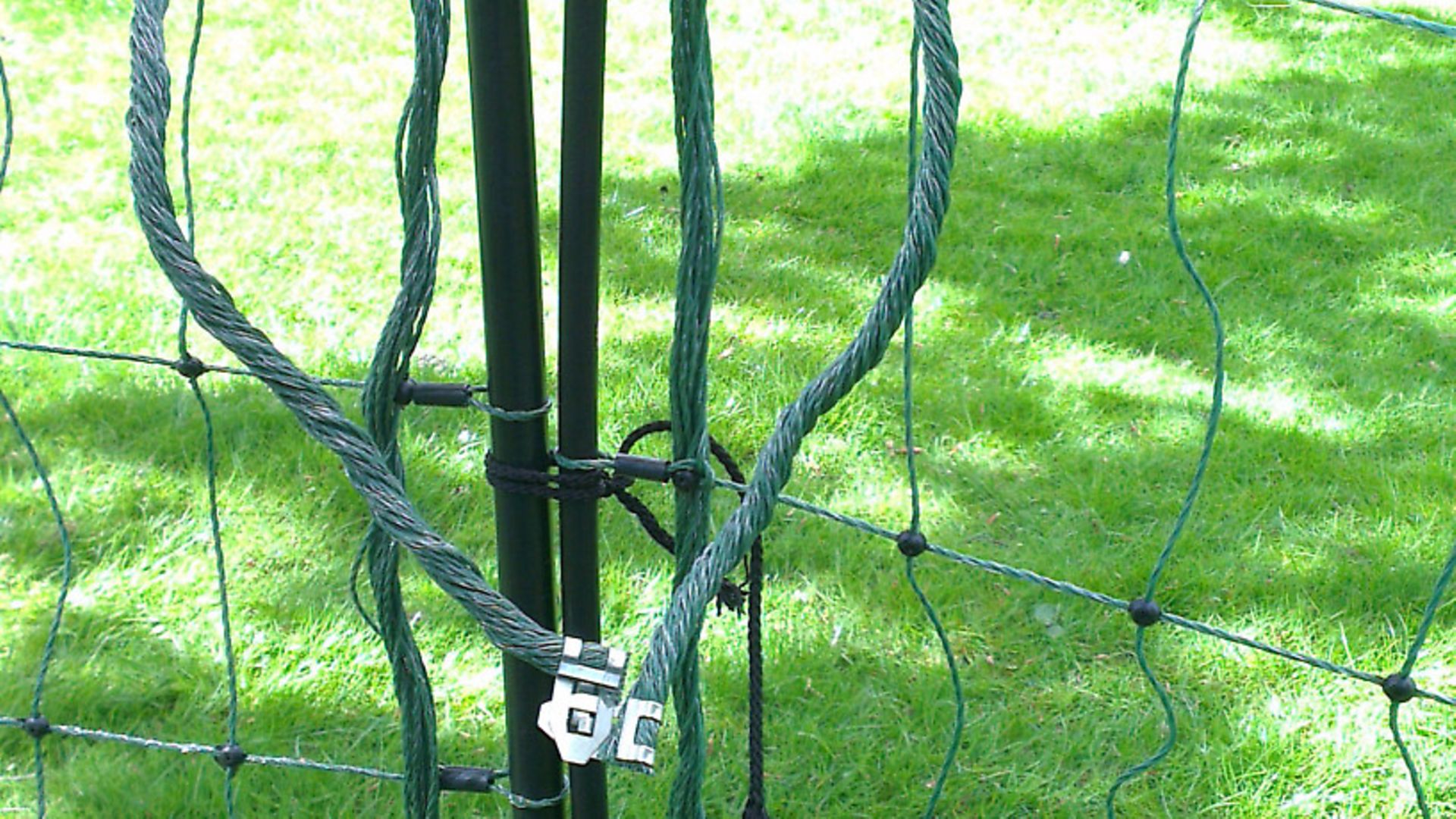 4. I have moved my netting around to give my hens some fresh grass and now my system is not working – there is no zap – what do I need to check?

If this has happened normally the netting is shorting on a post. Use your tester to locate the short. Your tester should indicate where the short is as the power will drop dramatically near the problem area. Often a live part of the netting could be touching the metal part of the foot of the plastic posts.

5. I have bought a battery poultry kit – can I change this to mains or solar?

The short answer is yes. Of course this depends on the energiser you have. If you have a combination energiser (that can work from mains, battery or battery solar) then it is easy to swap from one source of power to another.

6. Do I need to use guy ropes when I put up my electric netting fence?

Well the thing about guy ropes is that they give the fencing extra stability – so if I was putting up electric netting I would always use guy ropes especially in the corners or on longer runs (tie on half way up post). It’s a little like putting up a tent without guy ropes – it is not tensioned and a little floppy – if a big gust of wind came along it might blow away! Its the same with electric netting. The guy ropes help to tension the fence and give it extra rigidity.

7. I have a 25m net already can I add another net and extend the enclosure?

The answer to this question really lies with the energiser. You can easily join nets together and the power is easily transferable but if the energiser is not powerful enough to cope with an extra net there will be no power in the netting – so it will not be an electric fencing barrier but just a netting barrier.

8. What are the best ways of keeping the grass and weeds from growing up through my netting?

If you have any further questions with regard to electric netting please just ask. We would be happy to help.