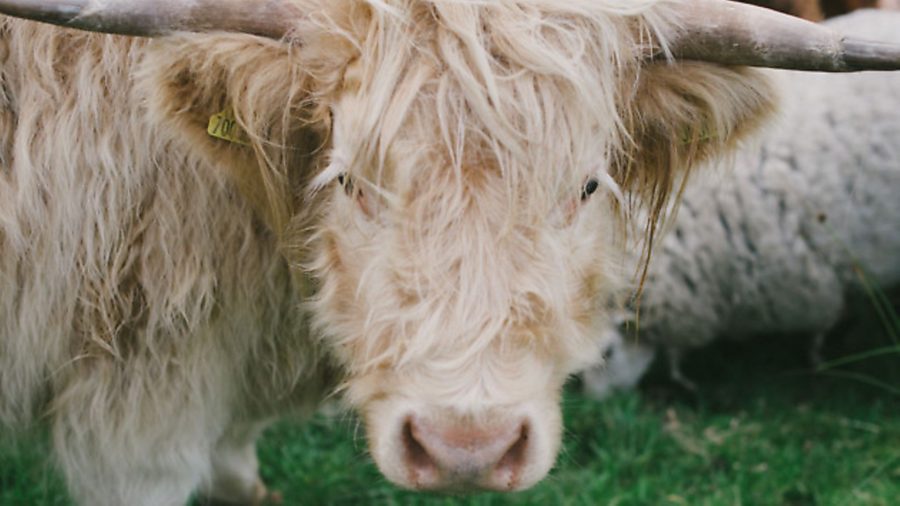 Meet a couple who transformed a dilapidated little farm into a thriving smallholding – while both of them held down full-time jobs. Sally Ashworth tells their remarkable story of hard work and determination. 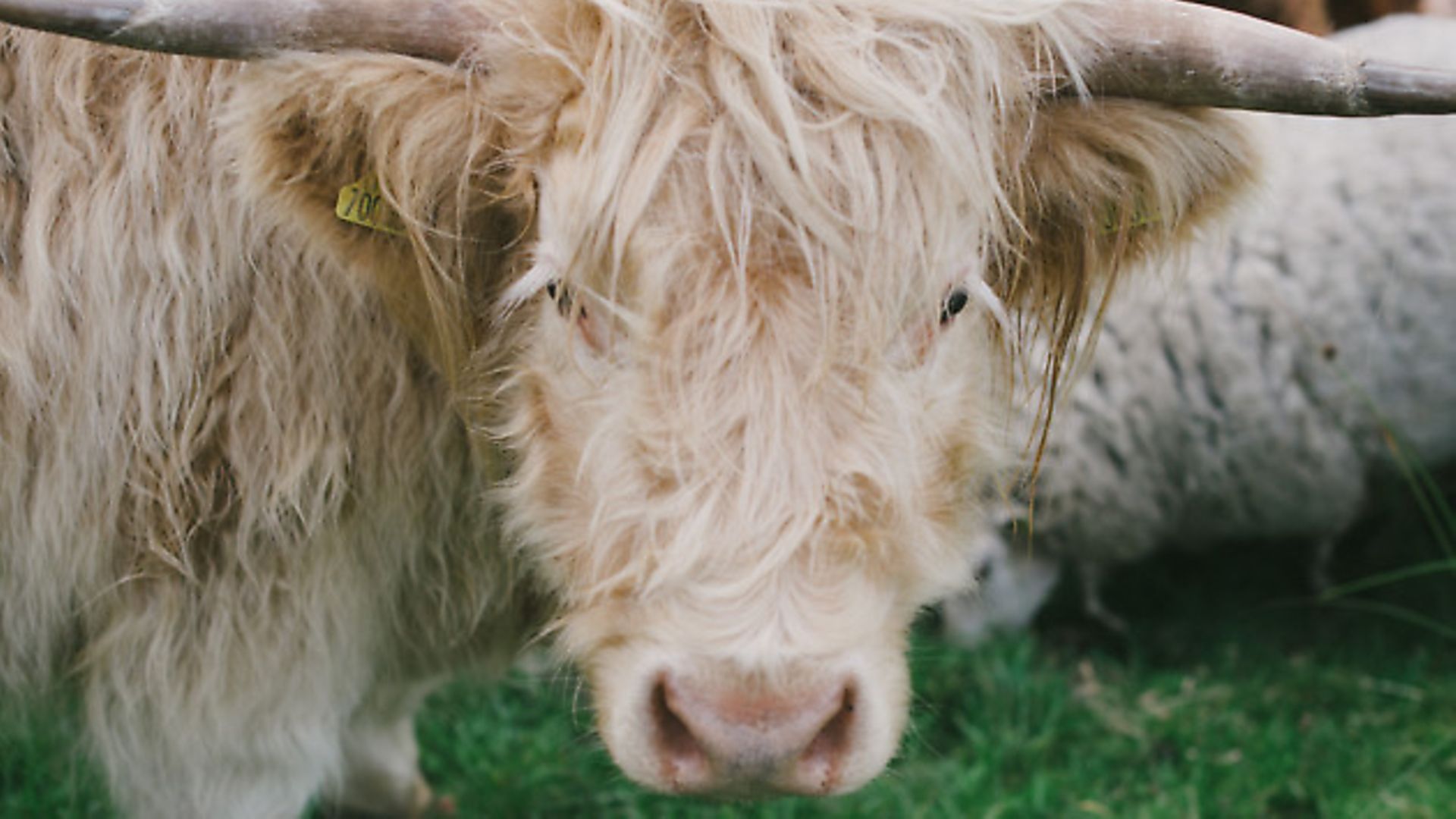 Richard and Jacqui Pilka thought they’d stumbled across the perfect place when an internet property search brought up Stiperden Farm. The estate agent’s details described a 7.7 acre traditional hill farm high above the Pennine market town of Todmorden, Lancashire, and at first glance it seemed just what they were looking for.

“We’d been looking for a long time and nothing had come up,” says Richard. “We wanted somewhere with about 10 acres, with space for a few pigs and some poultry – the whole Good Life thing, really.”

But the couple were in for a surprise when they arrived to view the house and land. “It must’ve been a typo because it turned out to be 77 acres,” he says, with a wry smile. “But the house had so much potential and we could just picture ourselves living there, so we went ahead and bought it.

“The kitchen had been modernised but the rest was very dated, like stepping back into the 1960s.It also hadn’t been farmed in a long time so we knew we had a lot of work to do.”

Since the day they signed on the dotted line back in 2007, the Pilkas have worked tirelessly to transform the dilapidated smallholding into a viable business and comfortable family home – with great success.

And what makes their journey really remarkable is that both Richard and Jacqui have worked full-time throughout – Richard as a manager for a large media corporation and Jacqui as a barrister. They’ve also found the time and energy to welcome two children into the world; Sophia, who is now four, and baby Charlie, who came along in February.

“There’s no such thing as a lie-in around here so we might as well be doing something productive,” says Richard. “You have to really want to do it because it’s hard work, but I love it. Looking back at what we’ve achieved gives us an enormous sense of satisfaction.”

Neither Richard nor Jacqui had any real farming experience before they moved to Stiperden – and Richard’s mum Maureen jokes that the only farming blood in the family was a great-grandfather who moved to Australia to work on a sheep farm.

“What got us started originally was that the previous place we lived backed on to a farm run by a man called Stanley, a farmer in his 70s and a real local character,” says Richard. “He kept beef cattle and still farmed in a very traditional way; it was almost like stepping back into the 1940s. 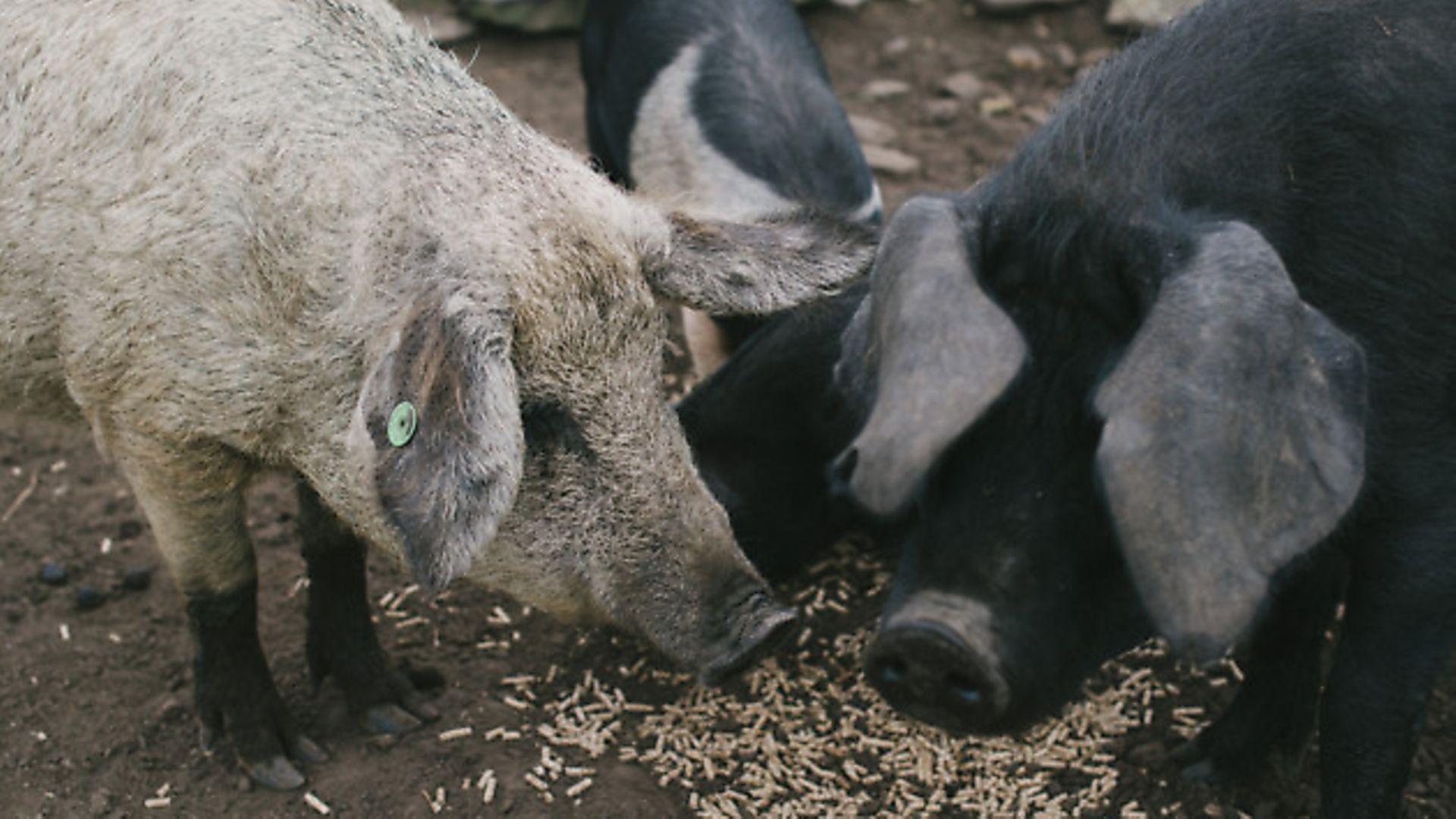 “As an introduction to the world of agriculture and animal husbandry it was inspirational and a real insight into life before mechanisation. I started helping him out and enjoying it very much. I suppose I just got the farming bug and wanted to see if we could make a go of it ourselves.”

The couple moved to Stiperden, rolled up their sleeves and simply got on with it. If there was something they weren’t sure about they looked it up in a book, asked Stanley or picked the brains of neighbouring smallholders, who they have found to be unwaveringly generous with their own expertise.

“In this part of the country farming has been in decline for such a long time and it’s a shame to see all that effort going backwards and all that land going to waste,” says Richard. “It’s very, very satisfying bringing the place back to life and it’s our dream to get to the stage where we can make a living wage from it.”

The Pilkas’ first step into animal husbandry was to buy a dozen chickens, 10 ducks and some piglets – seven Saddleback weaners, which proved more difficult to source than they had imagined.

“When we started there weren’t many rare breeds around here so even finding them was difficult. We went to Bradford for them in the end,” says Richard. “We always knew we wanted to concentrate on some of the rare breeds, which thrive in this weather and landscape.”

The Pilkas slowly built up their stocks along with their knowledge, getting used to caring for the different animals before breeding their own. “Our favourite pig breeds include Saddlebacks and Berkshire, either pure bred or crossed with Gloucester Old Spot, which has produced a very popular, leaner meat.”

They also keep a small flock of Jacob Cross sheep (which produced 12 lambs this year), Christmas turkeys, hens and ducks. Recent additions are Highland cattle and woolly Mangalitza pigs, breeds well suited to life on the exposed moors of Lancashire. 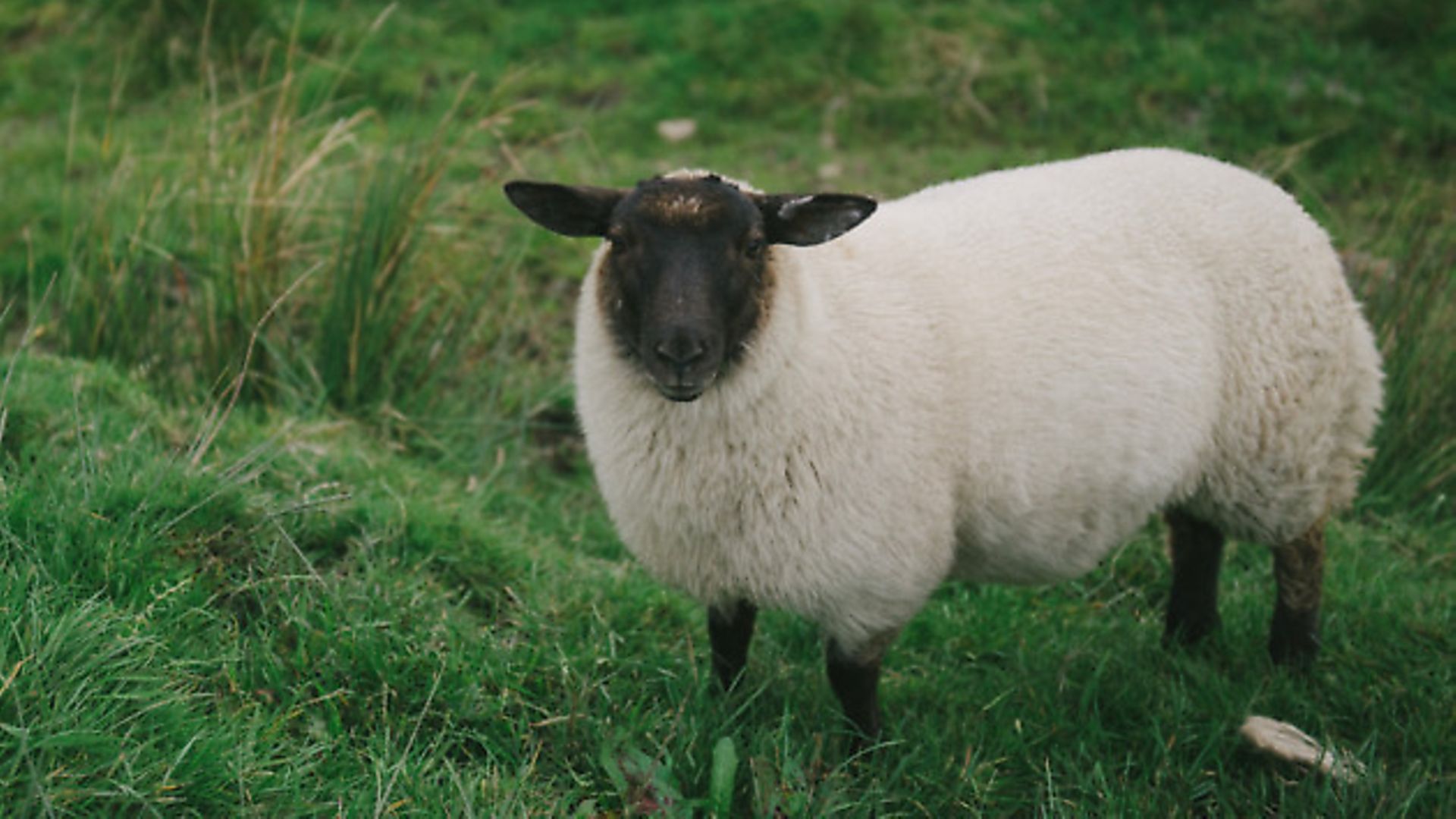 Jacqui – who is actually a vegetarian – says the welfare of their animals is paramount. “We do get a little bit attached to them, but we work very hard to give them the best possible life for the time that we have them.

“For example, our pigs lead a very natural life. They have ample room to forage and root and live a longer life than any reared on a commercial basis.”

The couple’s farming journey so far has been overwhelmingly positive, although there have certainly been challenges along the way; among them the storm that cut the power for three days just as a whole cow was ready to go into the freezer, or the time Richard was attempting to load some pigs at 5am and they all scattered, or Jacqui’s early morning soaking with a large bucket of ice she was trying to break up for the pigs.

She admits there have been moments such as this, or when she’s been trying to sort out the animals with a hungry baby demanding to be fed, when she’s felt like a real fair-weather farmer, but that these are few and far between. (“I wanted a Barbara and I ended up with a Margo,” teases Richard.)

As well as getting to grips with animal husbandry, the Pilkas have invested much time and effort in developing the farm as a business, which Richard hopes to be able to run full-time in a few more years.

They began selling their meat just to family and friends but demand has grown so much that they now supply customers across the north of England. Conscious of the challenge of making a full living from smallholding, the couple decided to branch out even further this summer, and have been trading at agricultural fairs and farmers’ markets. 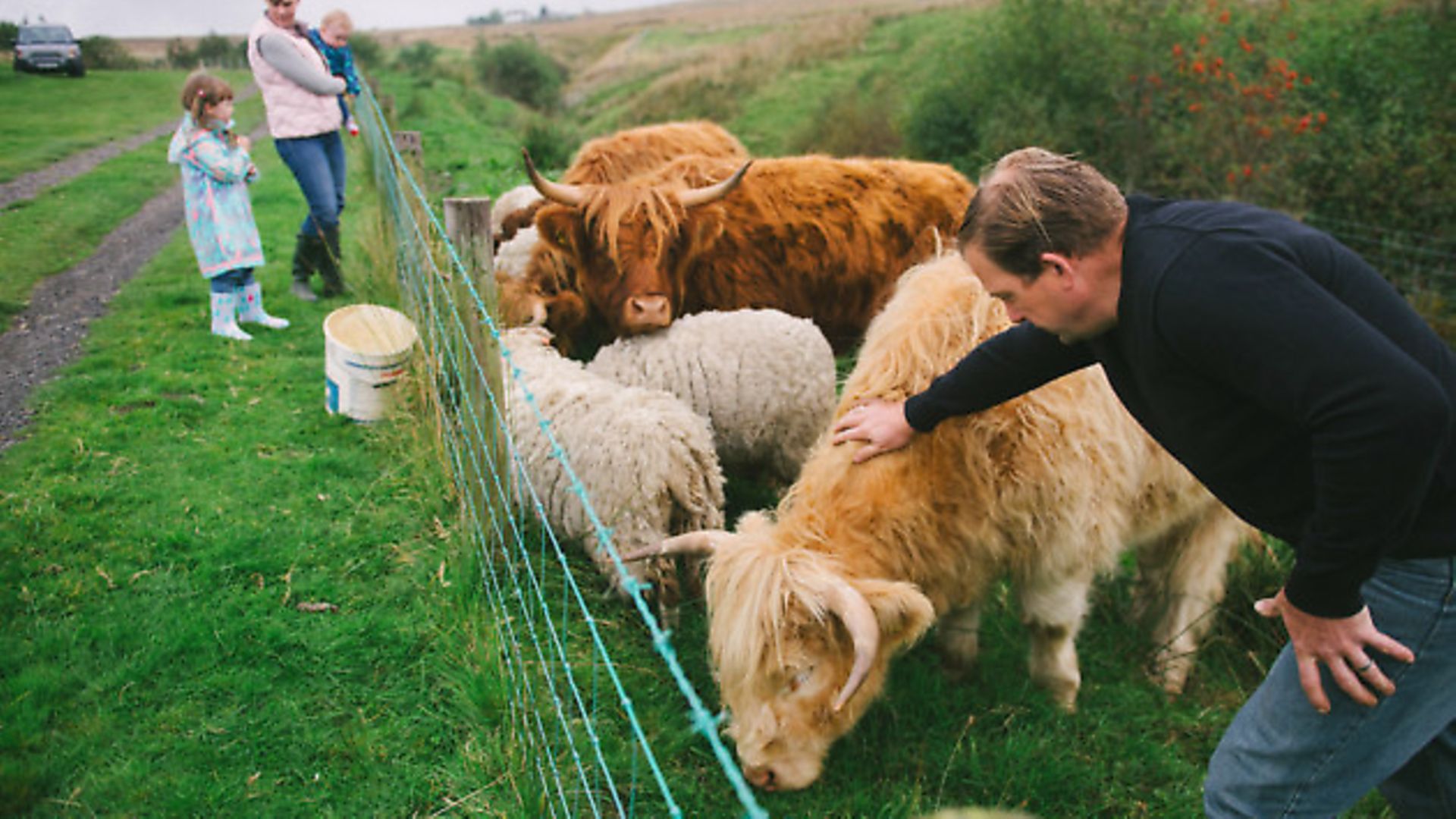 Not only have they been selling their meats at outdoor events, but also doing a roaring trade in posh Stiperden sausage sandwiches. They’ve also invested in a hog roast machine and bookings for some large functions are beginning to trickle in.

The pair have ambitious plans for the future, which include adding a wind turbine to the hydropower system installed earlier this year with the help of the Alternative Technology Centre in Hebden Bridge. They would also like to hold a farm open day and may even open an activity centre to offer school visits and smallholding courses.

But these are schemes for further down the line and, for the time being, what matters most to the Pilkas is that they have created a blossoming business and a wonderful home.

This article is from the January 2015 issue of Country Smallholding magazine.