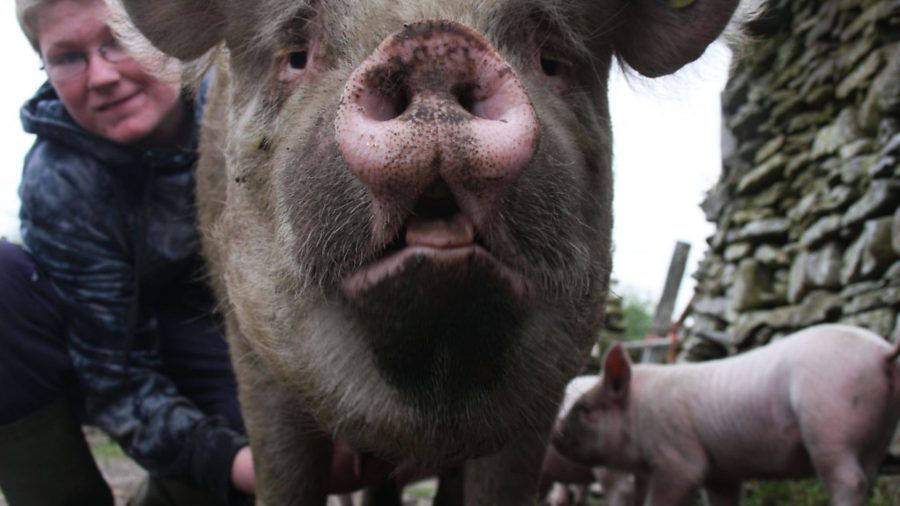 Some of the UK’s favourite pig breeds could disappear forever if we don’t take action, a conservation charity has warned. LIZ SHANKLAND explains what smallholders can do to help

Every year, the Rare Breeds Survival Trust (RBST) publishes what it calls its Watchlist – an annual inventory of how our native rare breeds are faring. The list gives the status of each breed, based on the number of registered pedigree breeding females at a given time, and explains whether the numbers have risen, fallen, or stayed roughly the same. It covers six species – sheep, cattle, goats, poultry, horses/ponies, and pigs.

The Watchlist ranks species in terms of rarity, specifying levels of concern from one to five – from ‘critical’ at the worst end of the scale, to ‘minority’ at the other. This year’s tally for pigs makes for sombre reading, with seven breeds experiencing a significant decrease in numbers, two remaining fairly stable, and just two – Berkshire and Tamworth – showing any signs of improvement.

As the table on the next page shows, the rarest breeds are now the British Landrace, British Lop, Large Black, and Middle White. The first three have seen numbers fall by more than 5%, while the Middle White has just about held its own, with less than a 5% change in numbers. Each of the four has fewer than 200 registered breeding sows. Rising feed costs and difficulties selling meat at a reasonable price have been mentioned as some of the factors forcing breeders to give up on pigs. In addition, there are annual costs involved in keeping a pedigree herd listed with the British Pig Association, plus further charges, depending on how many new pigs are registered or sold.

Tom Beeston, Chief Executive Officer of the RBST, has warned that action must be taken to halt the decline, before it is too late. “The situation for pigs is extremely worrying,” he said. “It is not that our native breeds lack their enthusiasts – and we must give huge credit to those breeders who devote time, energy, and money to ensuring the survival of their favoured breeds. Their efforts have helped most native pig breeds vastly improve over the past 40 years. However, economic factors have a massive influence, and for many people working with pigs, breeding is very challenging at present.”

One way in which non-breeders can help is by supporting those who maintain pedigree herds – by choosing to buy the meat produced. “We need more people to buy pedigree native-breed pork – and, when they buy, to make sure that they are buying the real thing,” Beeston explained.

“We want to emphasise to producers the importance of pedigree breeding and the importance of registering litters – and we also want to push home the message to consumers that, unless the meat they buy comes from a registered animal, they can’t be sure they are eating the real thing.

“We have to maintain the genetic diversity of our native breeds of livestock and, to do that, we have to make the market for the produce to encourage more breeders. By continuously emphasising the necessity for breed registrations, we will also promote the importance of maintaining the integrity of native breed produce. It is important that native pedigree meat products are properly identified, and that the buying public gets what it is paying for.”

The RBST is urging breeders and consumers to use social media site Twitter with the hashtag #GoNative to discuss the importance of fully traceable, pedigree-bred meat.

What’s in a name?

Unfortunately, just because a pack of sausages mentions a particular breed on the label it doesn’t always mean they came from a pedigree pig.

There have been several high-profile court cases challenging labelling on supermarket pork products which fell foul of the rules, and it’s now commonplace to come across small-scale producers selling meat on a more casual basis – increasingly on social media – who describe their meat as coming from a particular breed of pig, but have no way of proving it.

Rare breeds meat specialist Richard Lutwyche has spent decades working to raise public awareness of this very subject and is managing director of the Traditional Breeds Meat Marketing Company. The business forms a vital link between those producing high-quality meat from pedigree rare and traditional breeds and those who wish to buy and sell it. Pork, beef, and lamb, is sourced by the company and supplied to a network of TBMM-accredited butchers across the UK – along with a guarantee that the meat has come from pedigree stock.

“Sadly, there is no-one policing the rest of the market, and there are increasing amounts of meat from unverified sources being sold up and down the country,” Lutwyche explains. “If the RBST and pedigree authorities are serious about ensuring the prosperity of their breeds, they need to work together to effectively police this issue.”

Lutwyche is a former secretary of the Gloucestershire Old Spots Pig Breeders’ Club. Whilst in that post, he successfully persuaded European Union officials to grant Traditional Speciality Guaranteed (TSG) status for pedigree GOS pork. Unlike Protected Geographical Indication (PGI) status – which is applied to products like Cumberland sausage or Cornish sardines – TSG not restricted to produce from one geographical area. It covers pedigree GOS meat produced anywhere in the EU which satisfies a range of specified criteria.” The GOS was the first breed of any species in the world to be awarded this special status.

“It has proved hugely beneficial in seeing off a major supermarket who were passing off cross-bred pork and bacon as Gloucestershire Old Spots,” Lutwyche explained. “It is very concerning that so many pig breeds have been going backwards in numbers in recent years. There is still a lot of interest and goodwill in buying pedigree meat, but people shopping for a roast or choosing a meal in a pub should not be persuaded into buying second-rate produce labelled as something it isn’t.”

• To find a TBMM-accredited butcher in your area – or for information on becoming a supplier – visit the website www.tbmm.co.uk