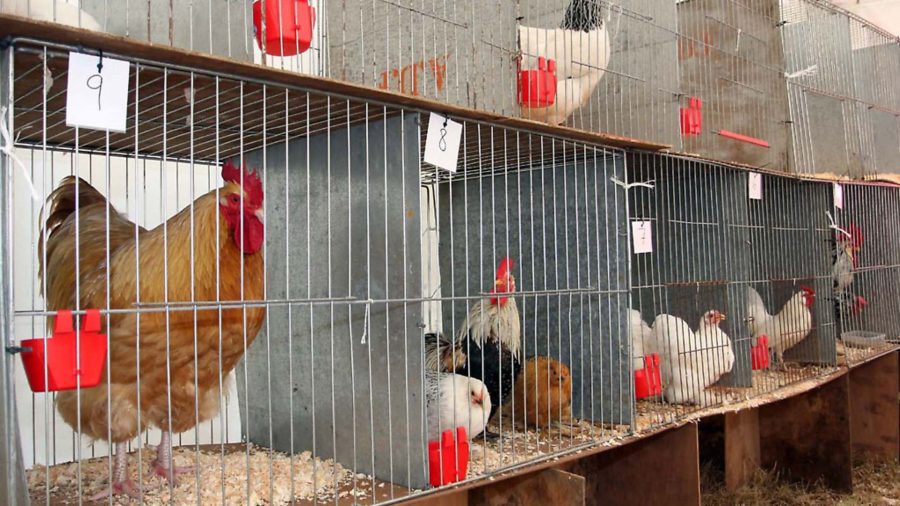 Restrictions are being relaxed, with High Risk Areas scrapped. But there is deep unease about the future. Andy Cawthray reports

All poultry in England is to be allowed outside again from April 13. The announcement by the UK’s Chief Veterinary Officer was excellent news, and whilst it does still require all keepers in England to continue to comply with the strict biosecurity measures (see below), and while it does not mean the prevention zone is lifted totally, many will breathe a sigh of relief for what has been a very tough four-and-a-half months. The ban on poultry gatherings, though, will remain in force until further notice.

My gut feeling is that this will be lifted towards the end of the month as there have not been any further cases reported in the UK and the intensity of the problem on the Continent is starting to wane, but I have to ponder what the long term impact will be.

Commercial poultry and egg producers have not gone unscathed despite what some might think, but it is a resilient industry that will bounce back. It has done so before, and it is almost assured given our ‘reliance’ upon chickens as a source of protein these days. But that is not to say that some may no longer risk rearing poultry in a free range manner, particularly those in the High Risk Areas (HRAs) that were defined during the most recent phase of controls.

But what of the small scale keepers, breeders and off gate egg sellers? With regard to the eggs, I’ve been fortunate. My buyers were aware of the bird flu issues, were sensitive as to when and how they obtained their weekly eggs and have stuck with me as despite the inconvenience. Unfortunately, the same cannot be said of the breeding side of things. I’ve not noticed a drop in enquiries for hatching eggs and birds but the number of times I’ve had to apologise, saying I had nothing available at the moment, will surely have a longer term impact on that side of my business.

All the early auctions of the year have been cancelled (just as a good number of the major shows have) because poultry gatherings were banned. As a consequence, there has been a restricted outlet for livestock or hatching eggs. Lifting the ban for the beginning of May would leave a very narrow window when normally auctions will have been active for a large part of the first four months of the year.

Hatching for me has been very limited, too, as my husbandry techniques depend upon me being able to get my growers out on to pasture as early as possible. With the restrictions and enhanced biosecurity requirements in place during the early spring, sense has meant I’ve had to hold back.

But what of the future? What happens if H5N8 returns or H5N9 reaches Europe in the autumn of 2017? What if the restrictions are applied again? What if that becomes an annual event, and what will that mean to small scale suppliers, keepers and the show scene?

Small scale poultry breeders and show people (those in the Fancy as it is called) are the mainstay, and champions of all pure breed poultry. Without them many, if not all of the pure poultry breeds of the UK would have been lost. With the distinct possibility of the avian flu restrictions reappearing, then we could well see a losing battle for the pure breeds going forward. In fact, even if the restrictions don’t return, many people have found it hard to rear their usual numbers of stock so have decided to give this year a break; and this will have a direct impact on the quality and quantity of pure breed poultry both at auction and in the UK shows. This in turn will leave the spectre of extinction for many pure breeds of poultry a very real possibility.

Not business as usual

Chief Veterinary Officer Nigel Gibbens said: “All keepers must still observe strict disease prevention measures to reduce the risk of contamination from the environment, where the virus can survive for several weeks in bird droppings.

“This does not mean business as usual: the risk from avian flu has not gone away and a Prevention Zone remains in place, requiring keepers across England to take steps to prevent disease spreading. We continue to keep measures under review and keepers should check GOV.UK for regular updates.”

All poultry and captive bird keepers in England must comply with a set of minimum biosecurity standards whether in the HRAs or outside them, and regardless of flock size (additional measures are required to be taken for flocks over 500 birds).

·Reducing the movement of people, vehicles or equipment to and from areas where poultry are kept;

·Taking all reasonable precautions to avoid the transfer of contamination between premises, including cleansing and disinfection of equipment, vehicles and footwear;

·Keeping domestic ducks and geese separated from other species (for example by keeping them in separate runs or sheds);

·Ensuring feed, water and bedding has not been contaminated by or been in contact with wild birds and in particular gulls and waterfowl;

·Implementing effective vermin control where poultry or captive birds are kept (Keepers must ensure that all HSE guidance is followed. Best practice guidance is available from the Campaign for Responsible Rodenticide Use);

·Records must be kept of all vehicles and people that enter the part of a premises where poultry are kept (This is not a requirement for facilities open to the public. This only applies to people that have had direct contact with birds and will enable us to trace any contact with other birds in the event of a disease outbreak. This is particularly important for anyone who is not an employee or a family member);

·Placing foot dips & boot brush containing a Defra-approved general poultry order disinfectant at the entry and exit of all houses and outdoor areas/range where birds are kept. (This is mandatory for all poultry keepers with more than 50 birds)

Shows: will ban be lifted?

There are hopes that the ban on poultry show may be lifted later this month.

“We are pleased that current restrictions on poultry keepers right across the country will be lifted this Thursday (April 13), however, we recognise that at the time of writing poultry gatherings remain prohibited, and will be meeting with DEFRA officials on the April 19 to discuss this further.

“We do not wish to add to speculation surrounding any future restrictions that may or may not come into force as a result of the management of avian influenza, and instead will be looking to gain assurances as to the future of poultry gatherings from the end of April and beyond.”