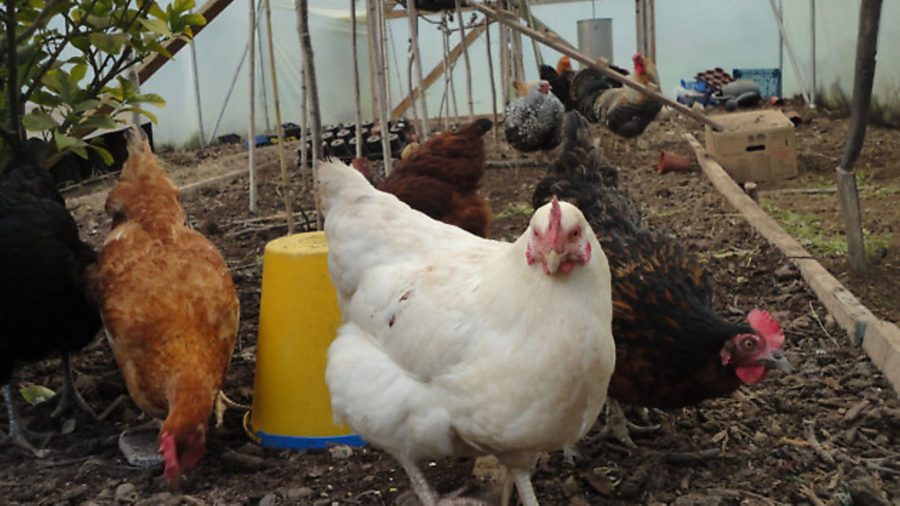 Most poultry keepers will no longer have to keep their birds housed or under cover after February 28.

DEFRA aims to ease the restrictions so that only poultry keepers in areas at higher risk from bird flu will be affected.

There is still a requirement for all those keeping poultry to remain vigilant and observe good biosecurity measures.

Poultry keepers can check if they will remain in a higher risk area after February 28 by checking a map on the DEFRA website: https://www.gov.uk/guidance/avian-influenza-bird-flu

The Ministry says it now wants to adopt a more targeted approach.

Areas close to large inland or coastal bodies of water, where significant numbers of wild birds collect, are deemed to be higher risk.

The news will be a relief to the majority of poultry keepers who have had to keep their birds under cover for weeks. Many smallholders and back garden henkeepers have kept their birds inside their coops, in sheds and barns, and even polytunnels. Some have erected covers over chicken runs.

The bird flu ‘prevention zone’ was first declared on December 6 after the virulent H5N8 strain of the disease swept across the Continent. DEFRA hoped to prevent the disease from getting a foothold in Britain. Since then, there have been a number of outbreaks of the disease in several parts of the country.

The DEFRA website now says: “All areas in England should be considered at high risk of H5N8 in wild birds. It is vital that all poultry keepers (whether they have commercial flocks or just a few birds in a backyard flock), take robust precautions, in particular to keep their birds separate from wild birds. All poultry keepers will need to undertake some minimum biosecurity measures. This will be required by law. However for the majority of keepers we anticipate that mandatory housing will no longer be required.

“In England there are also areas which we regard as ‘higher risk’ – generally, these are areas which are near where wild birds (and in particular gulls and wild waterfowl) gather, such as lakes, marshes or estuaries; they include areas where we’ve found cases of the avian flu H5N8 virus. These areas are set out in our guidance.”

Farming leaders say the introduction of the high risk areas will mean free-range producers face major threats to their businesses.

Where birds are housed rather than netted, eggs and some poultry from them will no longer be classed as free-range.

The National Farmers Union said the issue of whether producers can label their products free-range – depending on whether they have been inside for longer than the 12 weeks allowed under EU laws – posed ‘serious threats’ to their livelihoods.

President Meurig Raymond welcomed the lifting of the housing order but said there were concerns over complexities the system posed to the supply chain.

He said: ‘The affected producers in higher risk areas will now lose free-range status from March 1 and this will have a considerable effect on the supply chain.

‘Half of the UK’s national flock is free-range, by far the highest percentage of any EU member state, and this will have a serious effect on the British public where demand for free-range has increased significantly over the past 25 years.’

The new measures will be reviewed at the end of April.

He said: ‘We have acted swiftly to limit the spread of H5N8, including requiring all birds to be housed or kept separate from wild birds.

“The 12-week housing requirement has allowed keepers time to introduce stricter biosecurity measures and our intention now is to lift this from February 28.

“Current rules on housing still remain in place until then, but we are setting out plans now to give people time to prepare. We will keep this decision under review.

“This proposal does not mean a return to business as usual and we will continue to do everything we can to reduce the risk from this disease.”