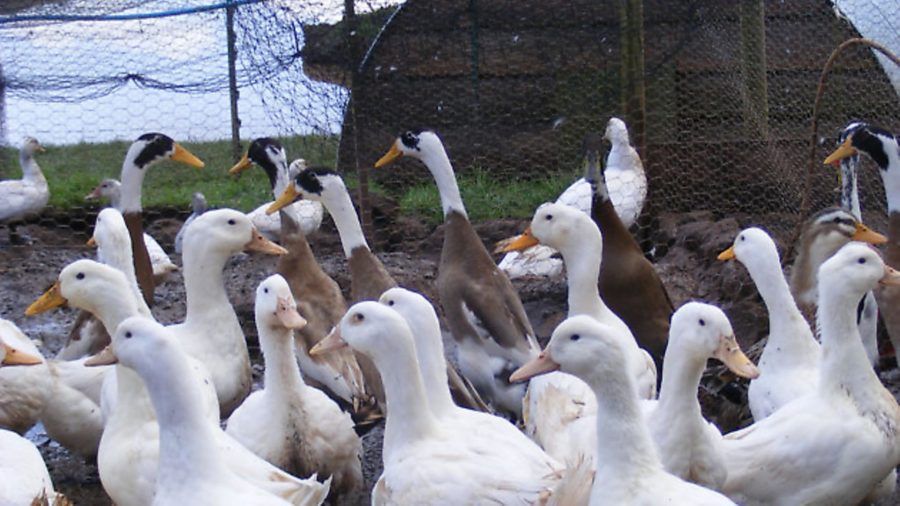 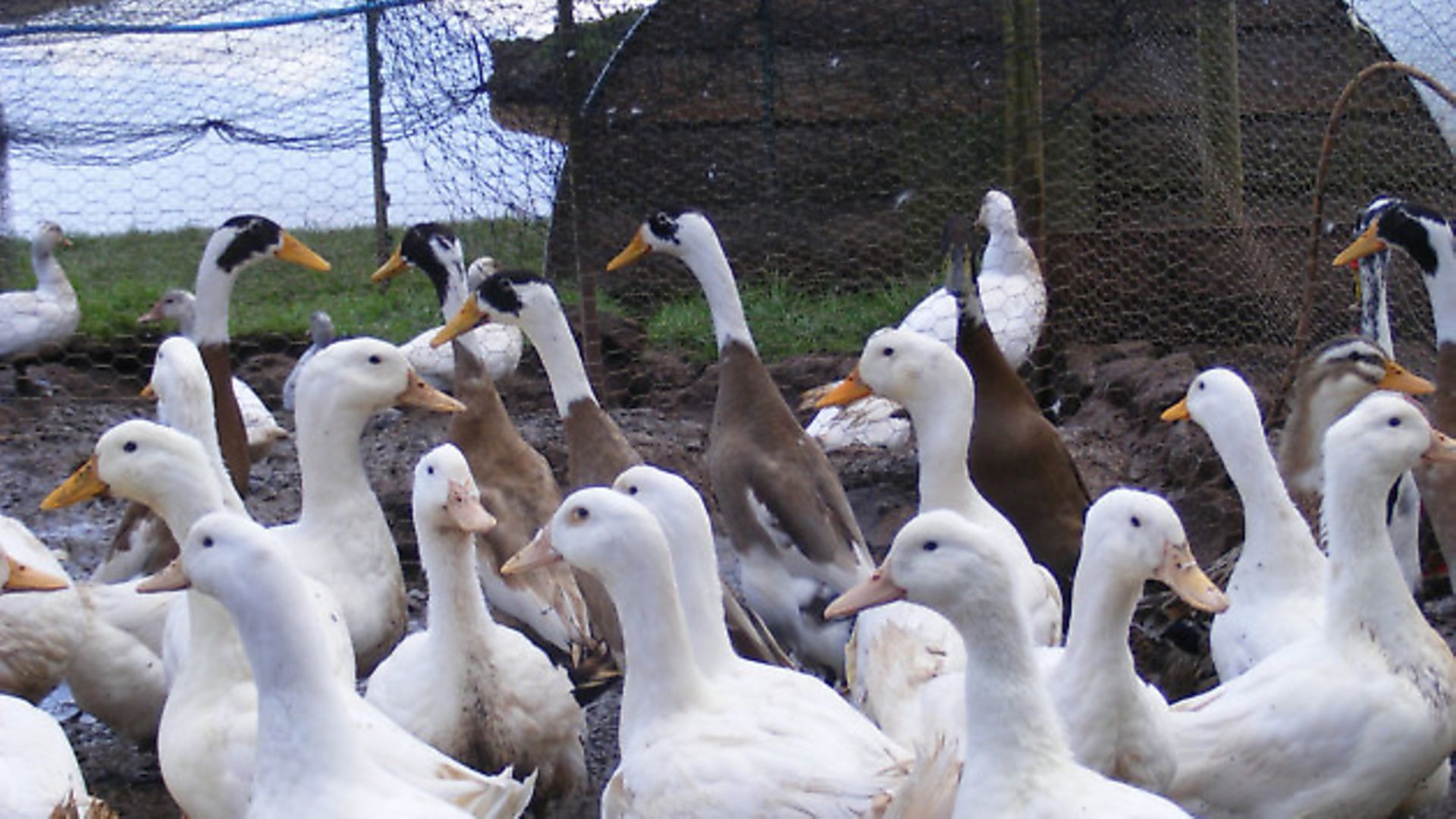 It’s not every day that poultry makes it on to the national news. On December 7, the Chief Vet came on air on the Radio 4 Today programme to announce that, due to outbreaks of a highly pathogenic strain of avian influenza which is sweeping across Europe, DEFRA had declared a precautionary ‘prevention zone’. This order required all poultry and captive birds to be kept indoors for 30 days in order to reduce the risk of possible infection occurring from domesticated birds coming into contact with infected migratory wild birds. Initially this only impacted England however within days Wales and Scotland quickly followed suit and the zone became UK wide.

It had been on the cards. I had been following the discussions taking place between the authorities and the industry during the autumn as I recall the spectre of the AI hovering over the country a decade ago. The impact that had still resonates, but for me it is not so much from an industry perspective, but from that of the backyarder and smallholder. I haven’t done the maths but I suspect I wouldn’t be far wrong to say that 98% of the poultry in the UK is owned by 2% of the poultry keepers and, as such, a large element of the risk can be managed with a plan that works for a small minority of keepers. The reverse is that 98% of poultry keepers own 2% of the poultry, and these are dispersed and relatively unregulated and unmonitored.

We are predominantly free rangers who view a chicken coop as a place where the birds roost and lay their eggs as opposed to a building where the flock can be contained for 30 days, and there lies the crux of the matter. Precautionary prevention zones are sensible and far more desirable than an outbreak and the subsequent indiscriminate destruction of birds that fall within that biohazard zone, and I suspect that if the action is successful (measured on the basis of no infection occurring whilst the order is in place) then they will become a more frequent occurrence.

Commercial keepers of thousands of birds have the capacity to contain their flocks within the sheds has been analysed and generally agreed as a feasible approach, but what of the small scale keeper? 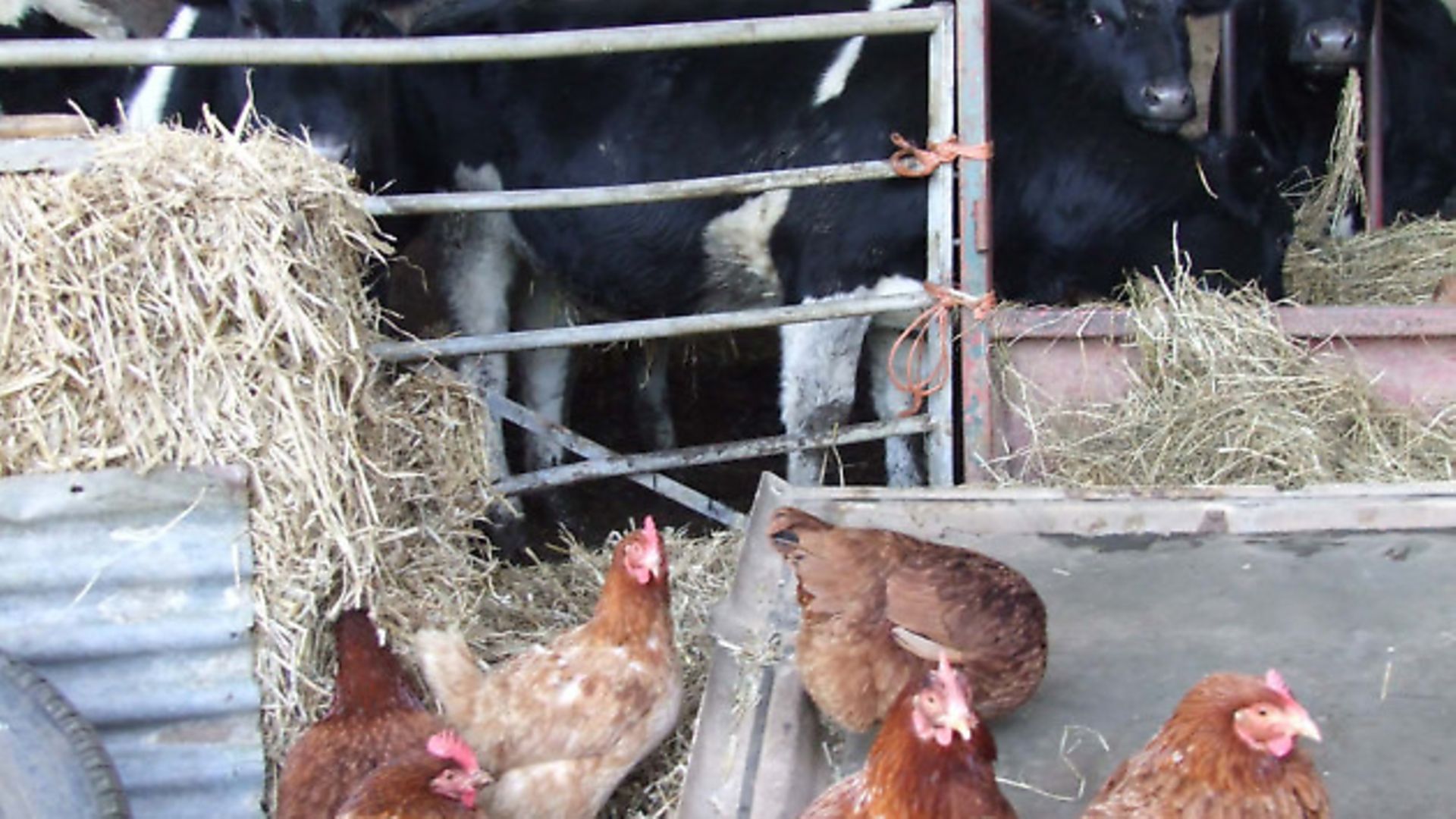 DEFRA says: “The Prevention Zone requires all poultry and captive birds, including backyard flocks and other captive birds, to be housed or, where it is not practicable to do so, requires steps to be taken to keep them separate from wild birds. If you keep your birds near your home, consider housing them in alternative accommodation, such as a garden building, a garage or redundant building that could be adapted to house your birds temporarily.”

This is sound advice for those who have such buildings and DEFRA went on to say: “Remember to check for, and remove, hazardous and toxic substances such as rat bait, and make sure the birds have access to water and somewhere to perch. You must also practice good biosecurity – for example disinfecting footwear and equipment and washing clothing after contact with birds.”

Victoria Roberts, one of Britain’s leading poultry vets, and fellow Country Smallholding and Your Chickens contributor, when asked what action smallholders and back garden poultry keepers should take, said: “In its most pragmatic terms, ‘indoors’ means protection from wild bird faeces, so a covered run is better welfare for chickens than being shut in a dark shed. Free range hens will need entertainment if suddenly confined, such as branches for extra perching, vegetables hung up etc. to avoid conflict.”

One twitter user asked me if wire mesh over the top of the run would be enough to keep her flock safe. I reminded her that bird faeces would still be able to drop through the mesh and that a tarpaulin cover would prevent this, but to ensure it had slight tilt on it so that rain (and snow) could run off safely and away from the flock underneath.

Victoria has also echoed this point adding: “The birds need to be kept in the hen hut until the keeper can construct a makeshift run that is covered.”

It is ultimately a case of common sense as this disease is no different than many in that it is spread through:

• Movement of poultry, people, vehicles and equipment between and within locations;

• The introduction of birds of poor or unknown health status;

• Using shared equipment and vehicles, which have not been effectively cleansed and disinfected;

• Unsatisfactory cleansing and disinfection of vehicles, sheds, feeding troughs and other equipment.

A range of measures

The objective therefore is to remove, or at least dramatically reduce, the risk of your flock coming into contact with wild birds or their faeces. Here are some specific considerations for when a prevention zone is invoked.

Keep the flock indoors – if this is possible then it is the easiest option but observe the welfare needs of the birds closely by increasing your cleaning regime, providing additional items of interest for your flock, and observing a tight biosecurity plan to reduce the risk of infection being carried into the housing. It should go without saying but any proposed building must also take into account the importance of adequate ventilation.

Keep the flock runs covered – permanent indoor housing might not be possible it which case a cover over the run is needed. Small gauge mesh will only stop birds from entering the run and whilst better than nothing at all, a solid cover is far superior at reducing the risk. Consider erecting a solid lean-to on the side of existing houses, this could be a fence panelling for example, or adapting a fruit cage using tarpaulin. Creating temporary outdoor pens using straw bales and a tarpaulin roof with small gaps for light and ventilation is another option. Be aware though if bad weather is likely to be a problem, it may be necessary to erect a windbreak around your structure.

Keep moveable coops in the same place – if your birds are housed in moveable arks or tractor units then don’t be tempted to move the house to fresh ground. This will simply increase the possibility of your flock coming into contact with wild bird faeces.

Keep your equipment clean – use disinfectant such as Virkon to keep equipment and footwear clean, and ensure the clothing you use when working with your poultry is washed after contact with birds.

Keep feed and water out of the reach of wild birds – make sure that drinkers are under cover and ideally put feeders in the coop. Avoid placing water in the house unless you are using nipple drinkers; regularly drinkers will get knocked over in any skirmishes in the coop.

Keep your birds contained – avoid unnecessary handling and movement of your birds on or off site, and where practical avoid visiting other poultry keeping establishments to reduce any possibility of cross contamination.

Keep a close eye on your poultry – if you have any signs of illness then seek advice from a qualified vet.

Jan 6 is when the restrictions are due to be lifted, however time will tell if the pre-emptive action has paid dividends, but moreover whether all of the UKs poultry keepers have conformed and made their contribution to keeping the UK bird flu free.

There are two types of avian influenza. Highly pathogenic avian influenza (HPAI) is the more serious type. It is often fatal in birds. The main clinical signs of HPAI in birds are:

* Blue discolouration of neck and throat

Clinical signs can vary between species of bird and some species may show minimal clinical signs (eg ducks and geese).

Low pathogenic avian influenza (LPAI) is usually less serious. It can cause mild breathing problems, but affected birds will not always show clear signs of infection. The severity of LPAI depends on the type of bird and whether it has any other illnesses.

How is avian influenza spread?

The disease spreads from bird to bird by direct contact or through contaminated body fluids and faeces.

The avian influenza virus changes frequently, creating new strains, and there is a constant risk that one of the new strains may spread easily among people. But there is no evidence that any recent strain of avian influenza has been able to spread directly between people.

Under the 30-day housing restriction, birds and eggs will still be considered free range provided they meet all other requirements. Declaring a Prevention Zone means birds can be housed for up to 12 weeks and still maintain their free range status. The 12 week limit applies to individual birds/batches not premises as a whole.

Birds which are already released are considered wild, so are under no restriction. But for those which remain in pens – such as those being overwintered for breeding – keepers should take practical steps to keep these birds separate from wild birds.

How about captive birds that aren’t normally housed?

There are certain species of bird – such as ostrich, captive wildfowl or geese, which are not normally housed – for which the housing steps outlined above may not be practicable. In such cases you should isolate their food and water from wild birds. Available feed and water will attract wild birds; by feeding and watering your birds under cover, the possibility of mingling is reduced. The steps you should take, where practical, include:

• Rotating feeding times. Many wild birds learn when captive birds are fed and congregate at these times.

• Preventing your birds from accessing open water that may be contaminated. Ensure that your birds receive only mains or treated water, or ensure that reservoirs or storage tanks are covered. Sealed nipple systems can be considered.