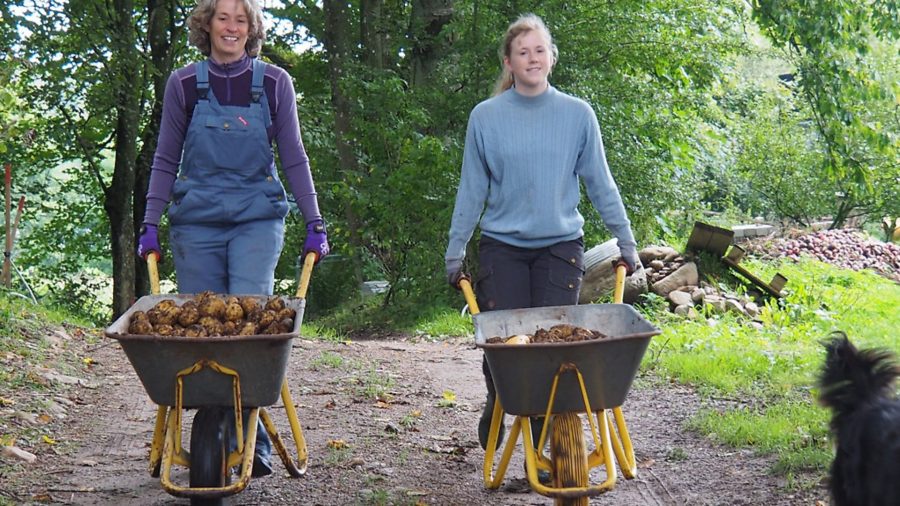 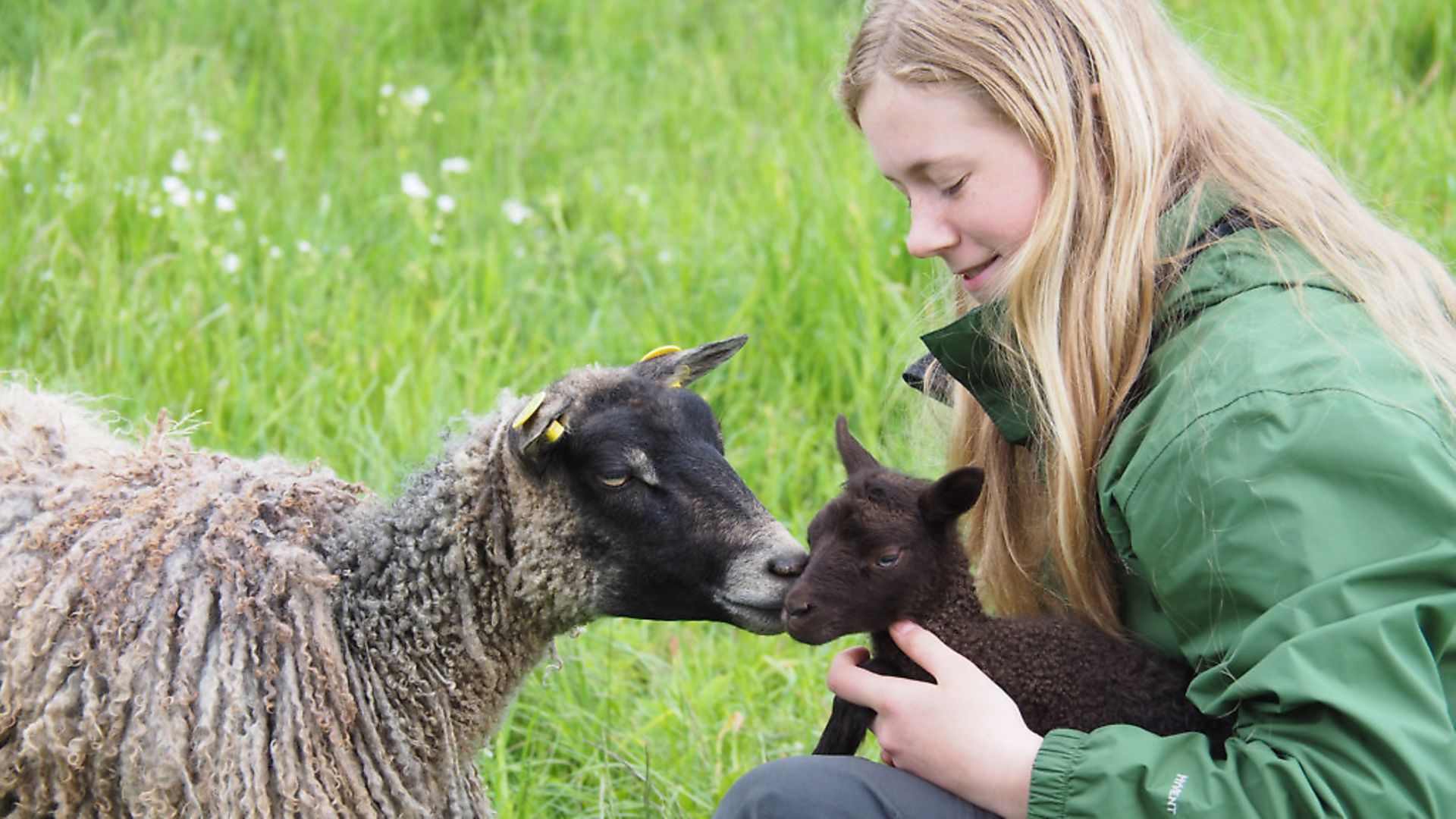 Bo Egelund, his wife Eva Vermehren and their daughter Frida, 17, live in a delightful cottage on a little smallholding in Denmark. 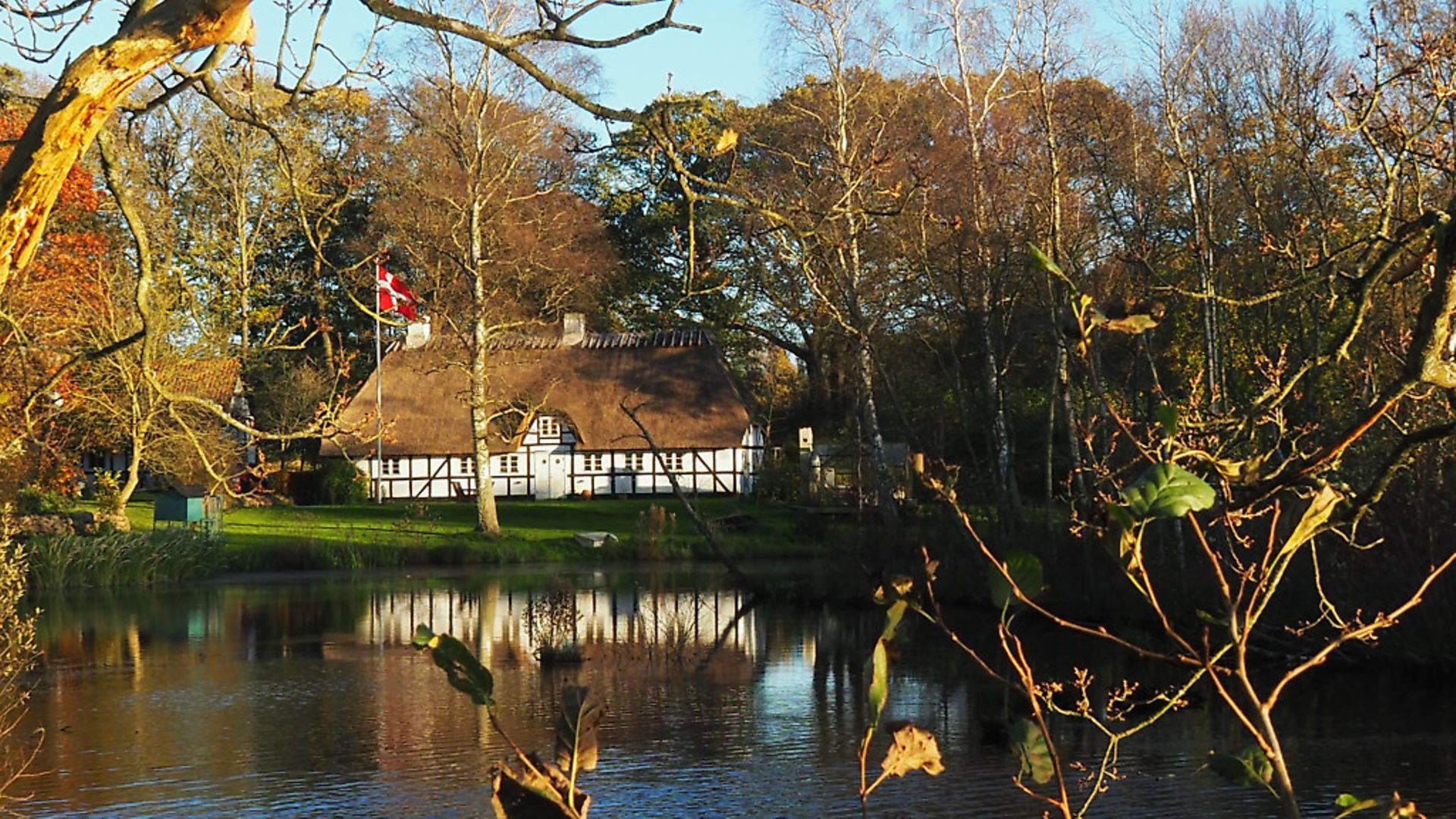 Bo made contact with Country Smallholding after arranging visits to Denmark by our organic growing writer Charles Dowding, whose no-dig gardening method is proving popular there. 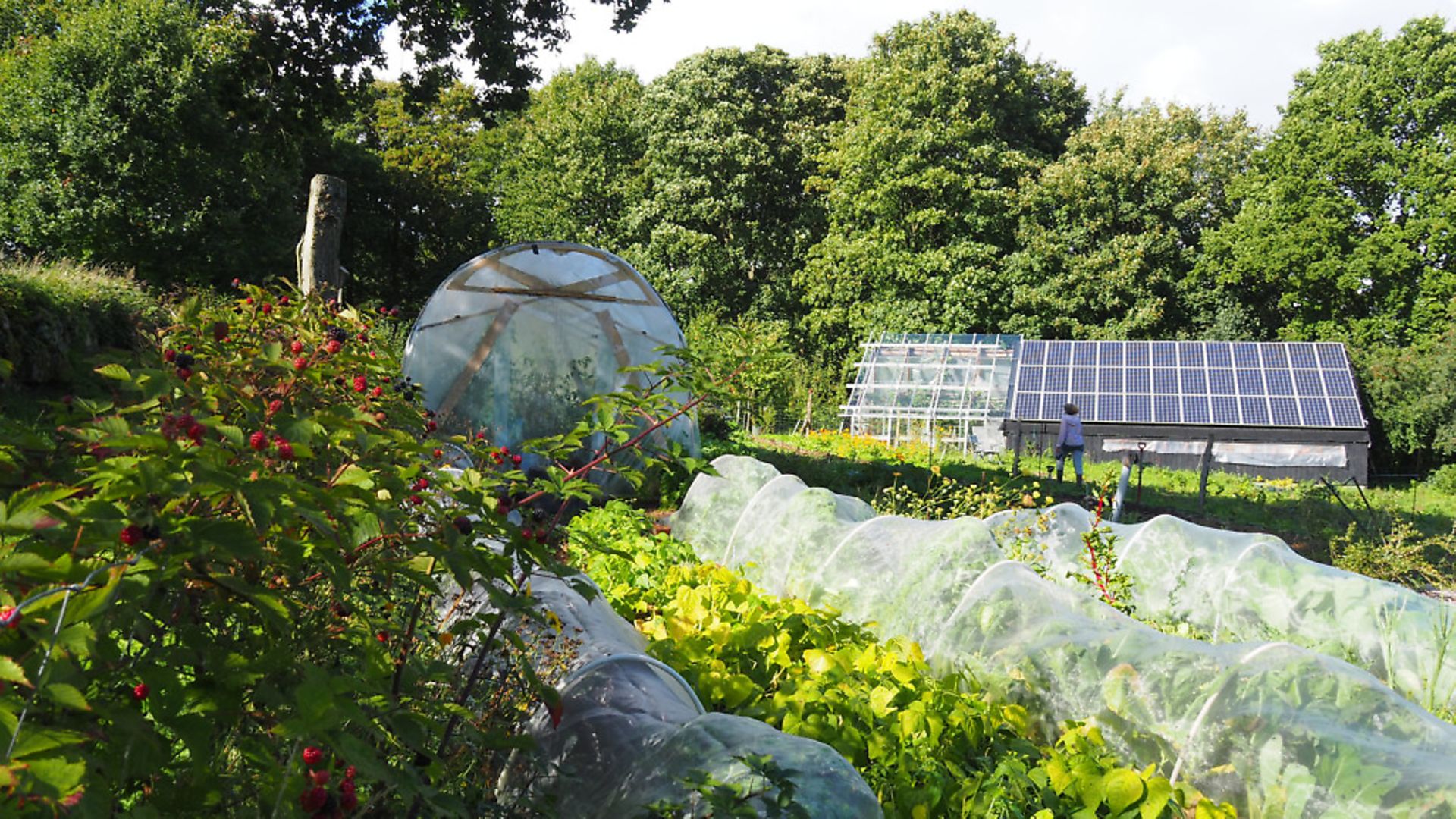 The half-timbered, thatched 18th century cottage is in the southern part of the island of Funen, in softly undulating hills created in the Ice Age about 13,000 years ago, when ice covered most of Denmark. 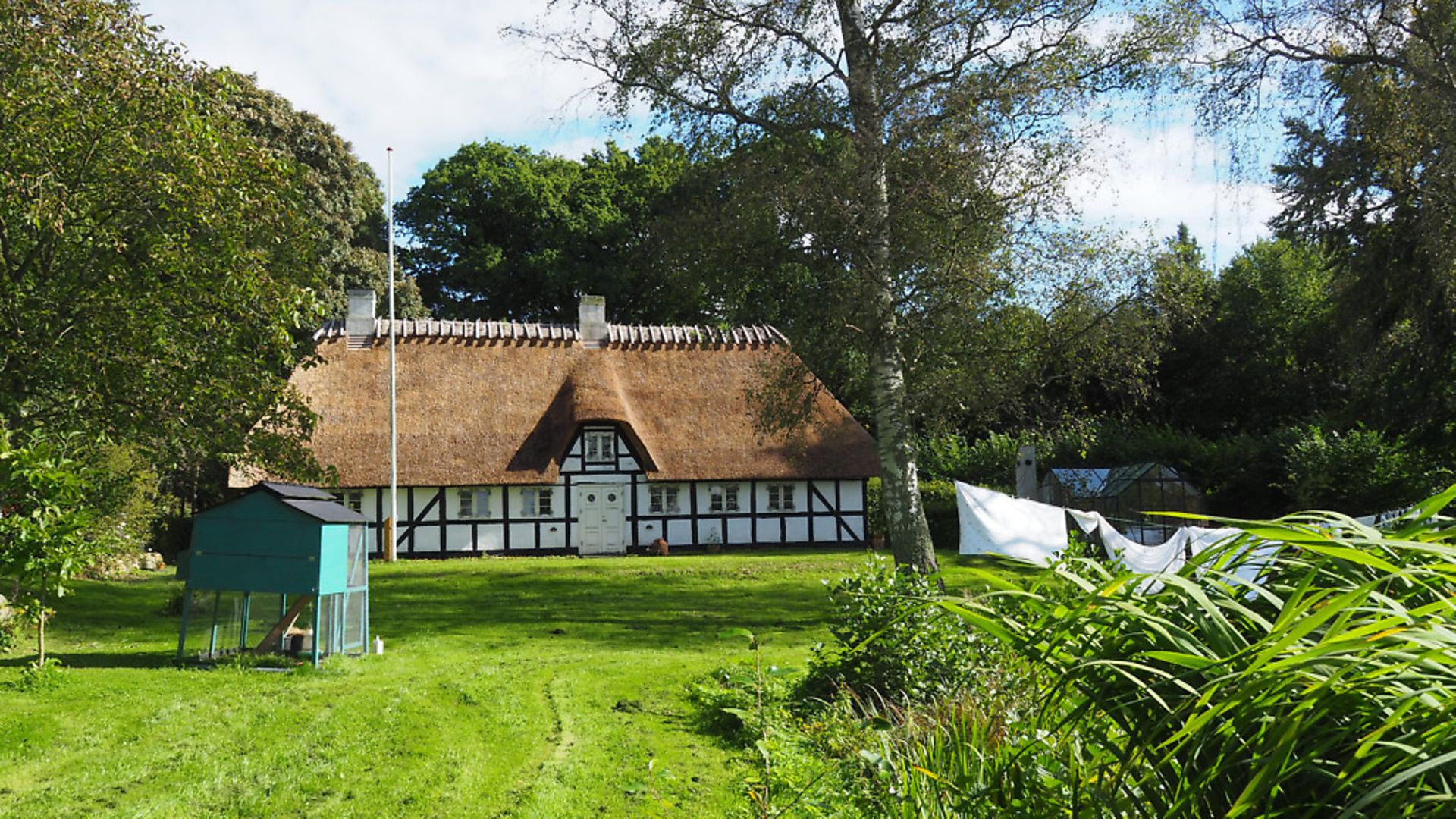 The cottage was built when times were changing in the Danish feudal system and some of the farm workers got their own farms. Bo bought it more than 30 years ago and for years it was his base while he was working in Greenland, Norway and Sweden. 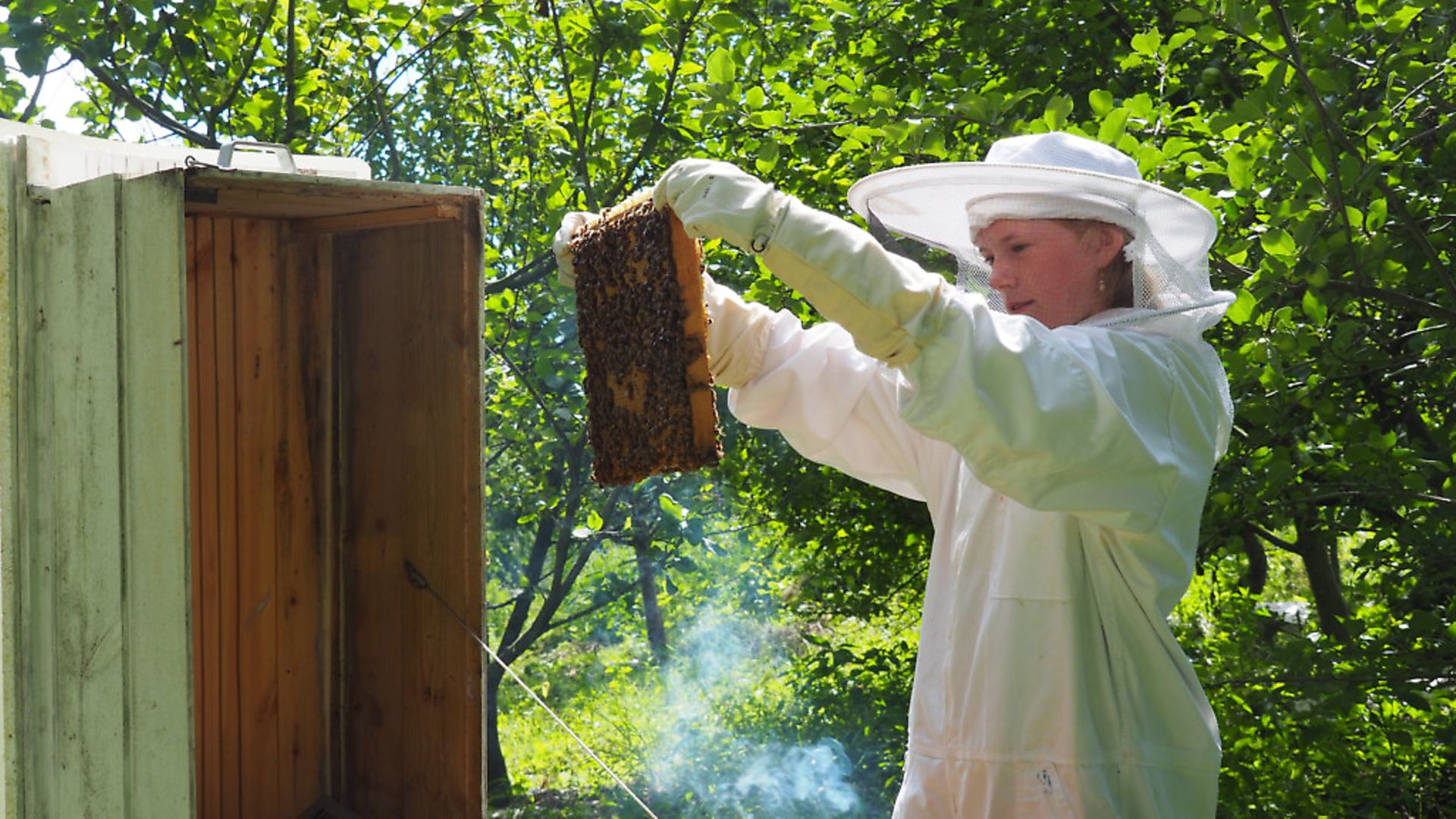 Eva is a teacher and Bo a general practitioner. Both work part-time to ensure that they have time to be together and to be as self-sufficient as possible. 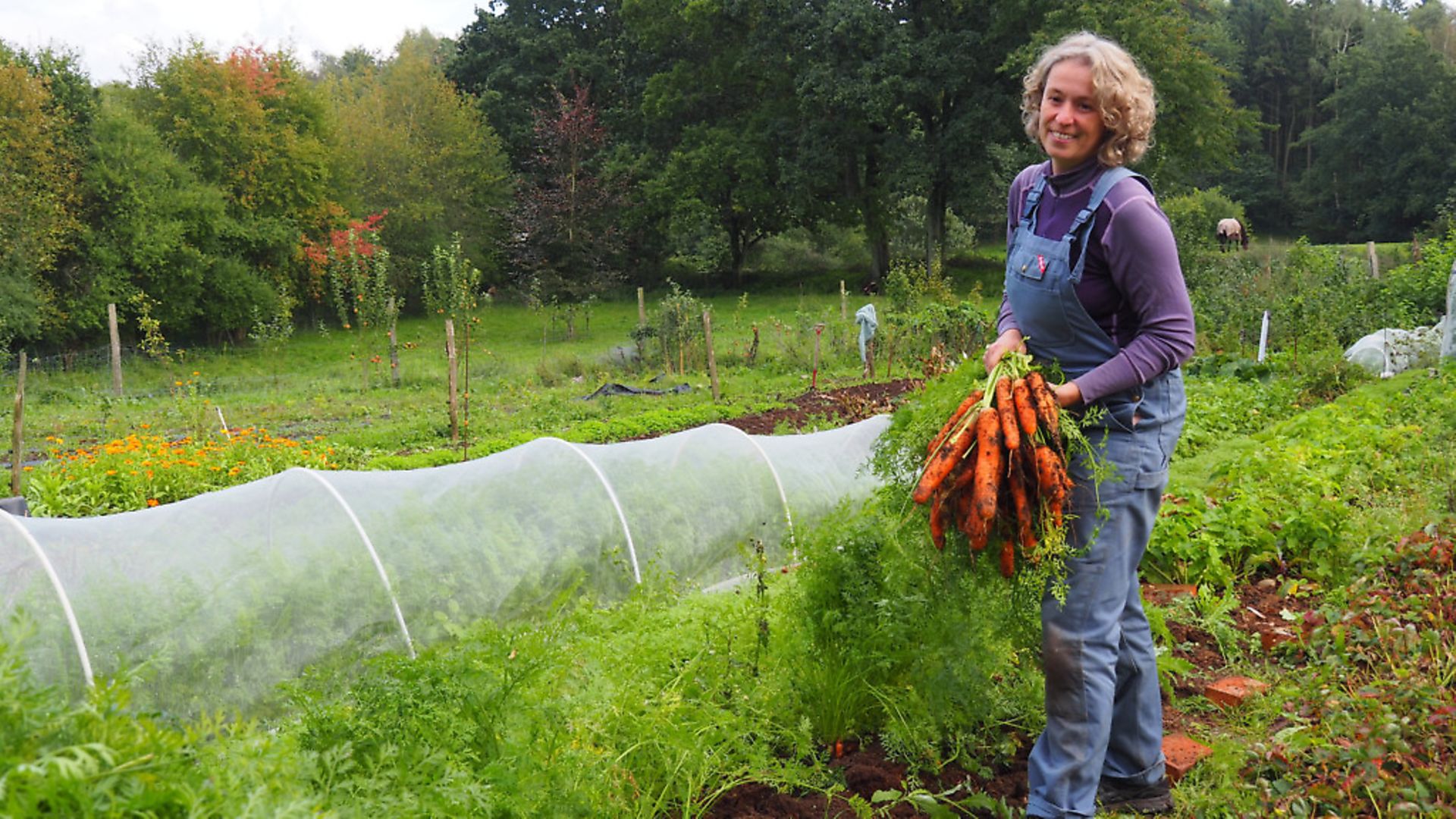 Their lifestyle is a conscious choice. As Bo says: “We have children – and hopefully we’ll have grandchildren one day. We don’t want to pass a poor world over to them.” Eva adds: “We live in the richest corner of our planet. We have to reduce our ecological footprint to be fair to the rest of the world.” 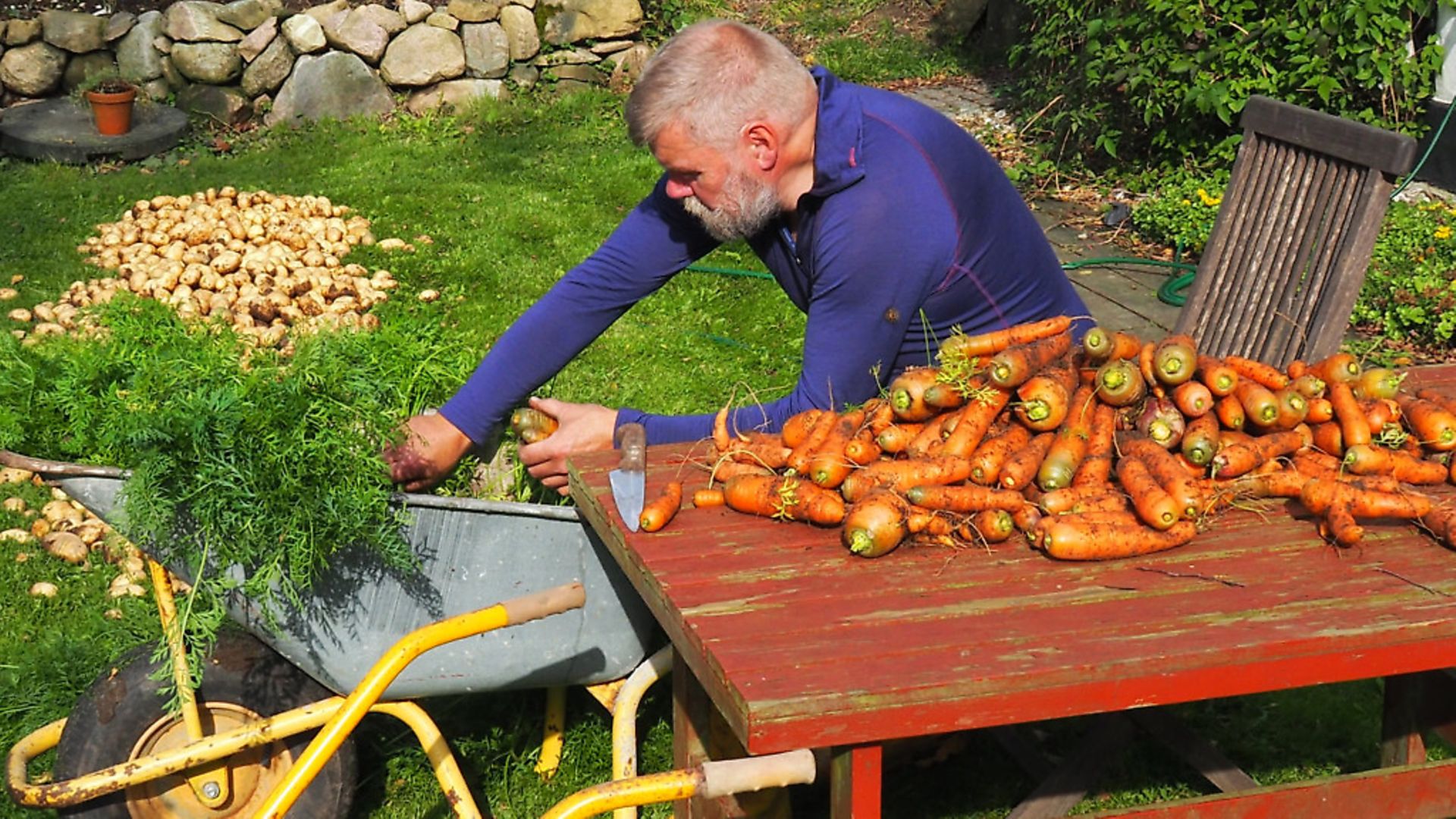 Their cottage is surrounded by three hectares of garden, a kitchen garden, a patch for the sheep and a little forest. Most of their time is spent in the kitchen garden. Years ago Bo read Charles Dowding’s How to Grow Winter Vegetables – and was inspired. Since then, the kitchen garden has been grown the no-dig way. “By no means as beautifully as Charles does it, but certainly productively,” Bo says.

The kitchen garden provides the family with vegetables, fruit and berries for most of the year. There is a limited hungry gap, but they constantly aim to reduce it even further. This year a mobile tunnel covering 12 m2 was put up to extend the harvesting season in the autumn and to get an early start in the spring.

Their neighbours have horses, but no kitchen garden, so access to an unlimited amount of horse manure is easy. The soil was originally light with a lot of stones, but adding plenty of manure and collecting tons of stones has improved it and created a thick layer of humus.

Frida is in charge of the bees and tends to her two families with delight. “I absolutely love them,” she says. “I never get tired of working with them and it fills me with humble respect to do it.” The bees reward her with delicious honey to share with the family, to give as presents and to sell.

The family is week-day vegetarian and, as Bo puts it, “When we eat meat we want to know that it comes from animals that have had a good life and a sudden, humane death. That is best done by keeping the animals yourself.”

Once a year they buy three or four piglets and raise them in part of their forest. The piglets are fed on a mixture of sorted potatoes from a local grower, and barley and wheat. The potatoes are boiled and the grain is ground to ease their digestion. Their share of the forest is approximately 3,000 m2, some of it with old oak trees, so roots, leaves, grass and mast is a considerable part of their diet.

After half a year in relative freedom their time is up. The vet comes at dawn to ensure that the pigs are healthy. Shortly afterwards comes the butcher. Bo is ready with their last meal – boiled potatoes, still warm. The pigs haven’t been fed since the previous lunch, so they are hungry – and are more interested in food, than curious. They are certainly not afraid. Stressless death – delicious meat.

“We only eat one of the pigs,” says Bo, “But pigs are social animals, so we keep three and sell most of the meat.”

Two or three mother sheep supply the family with lambs meat. “We don’t sell the lambs meat, so I am allowed to slaughter them myself”, Bo says. ”A bucket with barley and a stunner, and it is possible to do it without the lamb suspecting anything dangerous is about to happen.”

The house is heated with a geothermal system, which requires electricity, but the family is fully self-sufficient with electricity. Some years ago they built a workshop with a roof facing south. The roof is covered with 36 solar panels. “In the summer we sell electricity to the company and in the winter we buy. But the production equals our consumption,” Eva explains. ”Moreover we’ve got shares in two wind-turbines, so even in the winter we produce as much as – and in the end much more than – we consume.”

Traces of insecticides and herbicides in drinking water are causing growing concern in Denmark. So the family is happy with having its own well. “The catchment area of our well is our own land – and of course we use no chemicals, so we are not afraid of glyphosate or anything else,” Eva says.

“This is definitely our weak point,” admits Bo. “Eva works 25 km from home with inconvenient public transport and I have to use my car for home visits and on-calls. We dream of an electric car, but the tax system in Denmark does not support that.” Frida is doing best in the family. She goes with Eva in the morning, with her bike on the car, and cycles the 18 km back after school. “I take country lanes and forest tracks, so it’s mostly a pleasure,” Frida says, smiling.

But the family is aware of transportation as the most important source of carbon dioxide. They have re-discovered the joy of travelling by train when they go on holiday in Europe and try to avoid travelling by air.

“But best of all,” says Eva, “it is not a burden! It is a joy – to care for and work together in the garden, and to eat good and healthy products that have not been transported or wrapped in plastic. That is definitely our good life – in Denmark.”

Something is definitely growing in Denmark, says Bo. There is an increasing awareness of carbon-dioxide emissions and ecological footprints. Bo, who has himself written a book about self-sufficiency, is regularly asked to give talks – mostly for garden societies where the no-dig concept is a popular topic . “I have even had the pleasure to arrange for Charles Dowding to come to Denmark twice and lecture to inquisitive Danish audiences.”