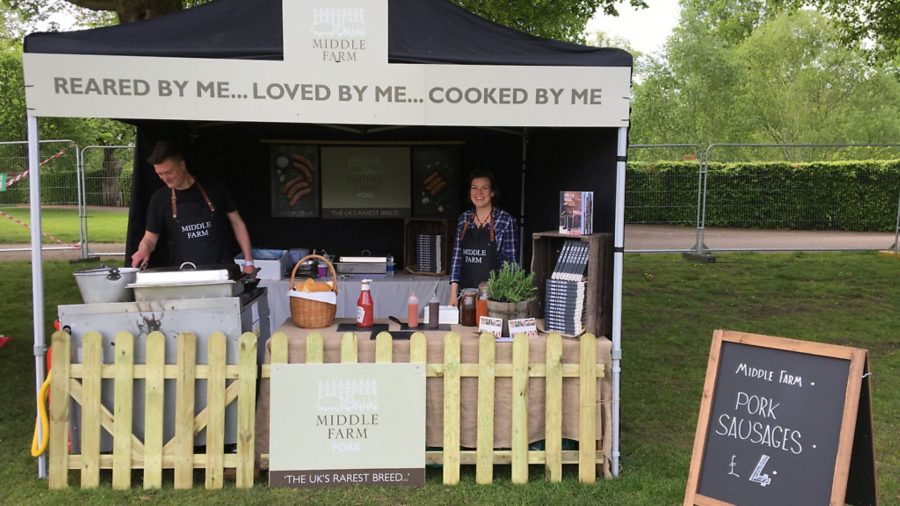 Sam Gray hits the summer running on her Shropshire smallholding 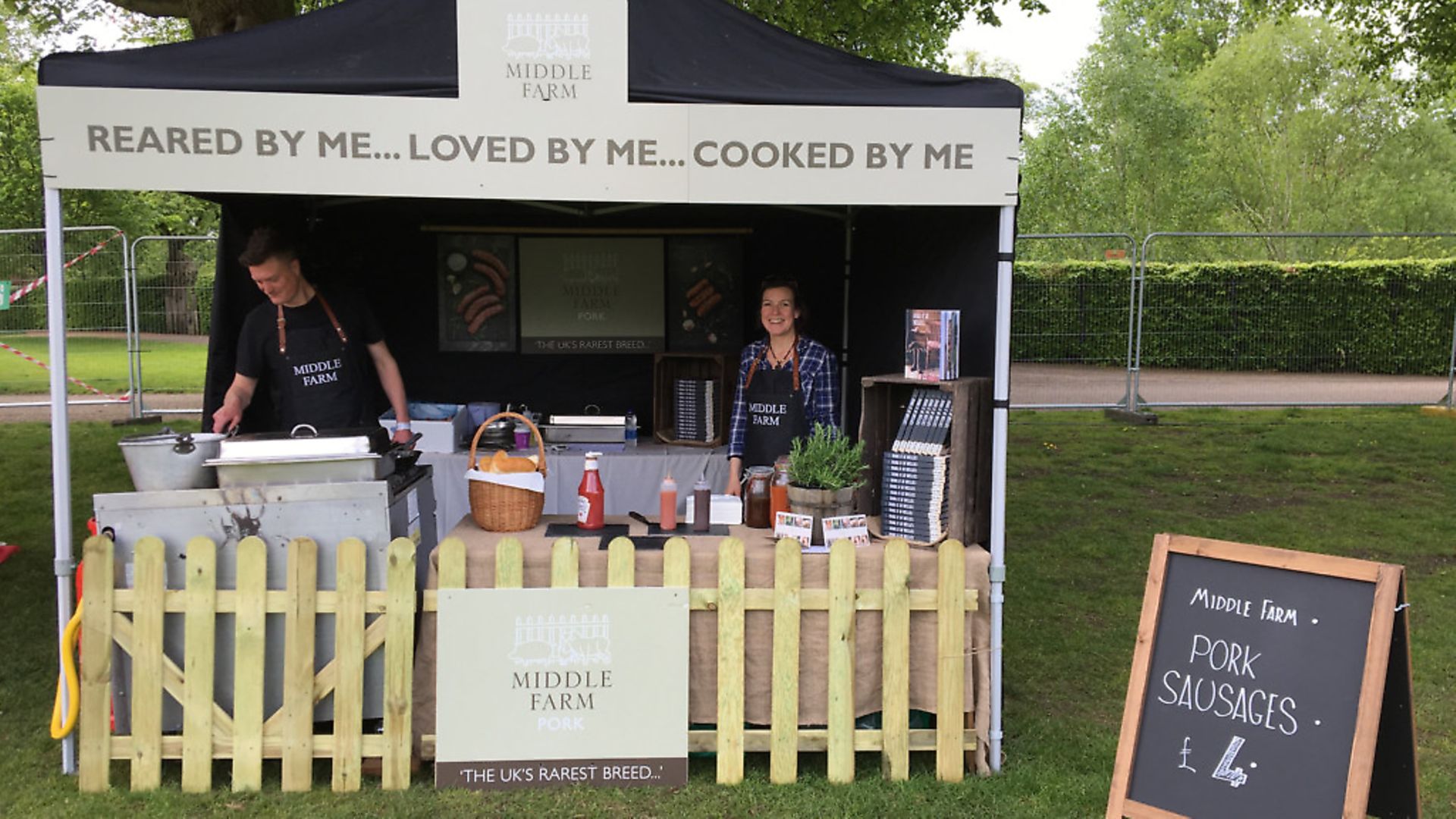 Well this is it! Some of the busiest months in the year are now firmly under way. The irony that I should write an article in the May issue about ‘How to Make Time’ and this month find I’m rapidly running out of it, is not entirely lost on me!

Juggling the sowing, growing, lambing, fencing, mucking out of pigs and chickens, hardening off, planting-out, staking and constant weeding, to say nothing of keeping up with the blog, social media and festival preparations, is proving hectic but enormous fun.

Even after 18 years of veg growing I still get a surge of excitement when I see those first seeds pushing their way through the surface of the compost. Rightly or wrongly, I still follow the seed-packet instructions. I say ‘rightly or wrongly’ because, when it says sow April – May, I always let enthusiasm get the better of me, and this year has been no exception. As soon as the sun comes out all the seeds are sown in April and then days later it snows, temperatures plummet and inevitably I’m left wondering why I never learn. Such is the nature of spring, particularly in higher climes as is the case at Middle Farm. Luckily I don’t mind re-sowing; it’s a gamble I’m prepared to take. Now that temperatures are on the rise everything that was going to make it, or had a second chance, is in full swing. The battle for survival commences in the big wide world of the vegetable patch.

Every year I like to grow something new. Not necessarily new to the market, just new to my garden. Last year I tried a supposedly two-toned green and yellow courgette with not much success; some were green and some were yellow (not quite what I had in mind) so this year I’m sticking with my old favourite Defender F1 and trying sweet potatoes instead. Five little well-packaged Beauregard plants arrived from DT Brown ready for potting on and eventually planting out in the greenhouse. Roasted sweet potato chips sprinkled with paprika and garlic are a much-loved side order in our house, so fingers crossed they deliver a healthy harvest. Alongside, far too many tomato plants, sweetcorn, squashes, peppers, beetroot, beans and green-leafed crops, I’m trusting that summer will be kind and we’ll soon be able to dish up numerous veg from the garden.

I was warned! Keeping a wild, primitive breed of sheep like Soay means that they’re not used to human handling, indeed they scatter like cats rather than be herded easily like normal sheep. Discovering my ram and two ewes were missing for the afternoon feed filled me with dread. Had they escaped? Had they been stolen? The latter option was quickly dispelled as thoughts of a thief trying to catch even one of these super-fast creatures seemed highly unlikely. The only possibility was that they had bolted somehow. The trouble with wilder breeds like Soay is you never really know if they’ll come back! Perfectly capable of living independently, especially surrounded by newly planted barley fields, my heart sank as I went around double checking the perimeter fencing. It didn’t take long. There it was, a wide gaping hole under the fence caused by water erosion from the stream running underneath it. The purpose-built dam that would normally stop them escaping had caused an excessive amount of water to find another route during the rains earlier in the spring and a new hole large enough for all my flock had miraculously appeared. The bottom of the fencing wire, thick with shreds of dark and light brown fleece, all added to the evidence.

With 10 new and very tiny little lambs running and bleating around the field trying to keep up with their mums, I went about looking and calling for my missing sheep. If you can’t herd them then you have to be able to call them surely? Well, it took a day and reminded me of some of the lessons learned dealing with small children, but we got there in the end. A combination of feeding, calling and walking away from them (so they didn’t feel like they were being pushed), eventually guided all escapees to where I wanted them to go. One barley field is now saved by a well-tied hurdle blocking the hole as I continue to count sheep at every feed time.

First of the festivals

What a start to the season! It turns out that one, 11-month-old British Lop gilt makes more than 800 5ins sausages. Prepped and ready to sell, cooked in a locally produced hand-made bread roll with home-made ketchup and red onion relish, we managed to sell out by 2pm on the second day. As a small pig farmer and avid supporter of the British Lop it was a relief to find an outlet that can actually properly contribute to the upkeep of these beautiful animals. Many of the smallholders I’ve had the good fortune to speak to over the years, understand that adding value is key to making any business idea financially viable. Alongside the right marketing, backed up by use of social media it was heart-warming and rewarding to learn of so many people that do indeed care where their food has been reared. It was only the second time I’ve sold cooked home-reared pork sausages; the first time I severely overestimated how many sausages could be sold in a weekend and ended up with double the bread rolls I needed, but this time the steep learning curve plateaued out a little. Adding value turned out to be a formula that works, not only from a business point of view but also in getting the message and great flavour out there. I knew from previous experience that it takes days to recover from large festivals, and this one was no exception. With four more food-focused festivals in the pipeline this year I’m already looking forward to playing my part as a local artisan/smallholding producer.

A public thank-you to fellow Country Smallholding writer Kim Stoddart and Editor Simon McEwan for the invitation to talk at the Royal Welsh Spring Festival on May 20. Speakers’ Corner was hosted by the magazine, allowing any interested public to listen and ask questions on all things related to smallholding. As a newcomer to the magazine, it was a huge privilege, not only to be invited to talk about Middle Farm and the steep learning curve that goes with setting up a smallholding, but to meet some of the expert writers too. As we all busy away on our own individual plots of land around the country, some with a lifetime of experience and others with a decade or so (like myself), it was an excellent forum for me to finally shake hands with the people whose work I’ve been reading for years. So thank you very much for including me. Unquestionably a very worthwhile day off the farm and a fabulous treat to experience the entire set-up of the show. Already looking forward to going back next year!

Book: Doing It In Wellies available via www.middlefarmpress.com