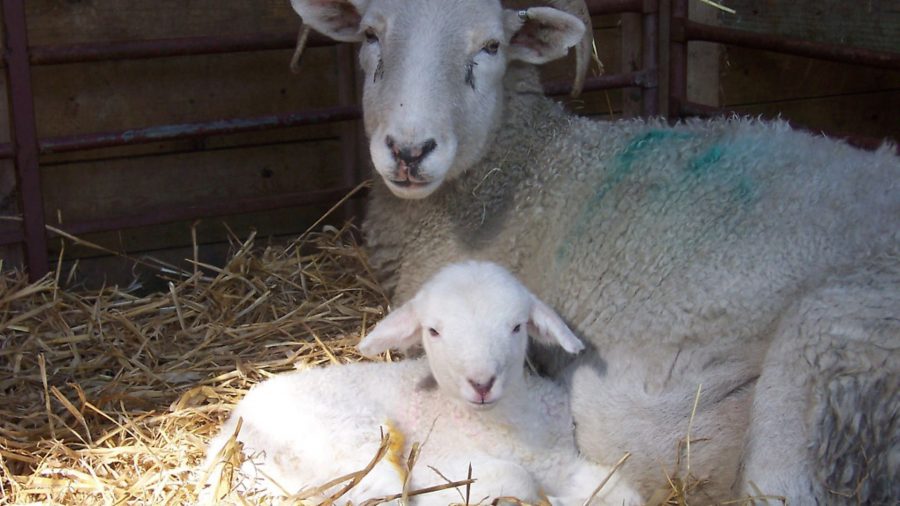 Paul McAvoy explains how, with Wiltshire Horn, he managed to keep sheep and achieve his goal of not shearing them

The idea of a ‘few sheep’ to keep the grass in a paddock grazed down and looking good occurs to many people, but the mysteries of shepherding, with dagging, crutching, dipping, shearing and so on, can rapidly take the gloss off and send you reaching for the mower catalogue instead. What many people don’t know is that there is a traditional British breed of sheep that does not have wool and moults naturally each year, greatly reducing the amount of shepherding needed. Once I realised there is an alternative to shearing, it was a short step to becoming a shepherd and breeder of woolless Wiltshire Horn sheep.

When these sheep are described as ‘woolless’, it does not mean they are bald. It actually means that they don’t grow the sort of thick, picturebook fleece that we normally expect a sheep to have and instead grows a short, coarse, protective coat. Each summer, when ‘normal’ sheep need shearing, our flock simply shed their old coats and grow a new one. The coat moults gradually and seems to simply disappear, although our local songbirds have become very used to hair-lined nests.

So why is the Wiltshire Horn so unusual? The breed’s ability to shed its coat is a hangover from its primitive ancestors. The sheep were originally kept in large numbers to range extensively over their native Wiltshire Downs, each flock being herded together at night in temporary sheep folds so that their dung could be easily collected for use as a fertilizer. In addition, they produced particularly good butchers’ lambs. It was this exceptional, full-flavoured meat that ensured the survival of the breed.

Once the traditional form of agriculture was eroded and, with the availability of artificial fertilizer, the absence of valuable wool became an economic drawback, despite the meat being as good as ever. The breed lost favour through the 70s and 80s with the introduction of Continental breeds of sheep and became a rare breed but, with the support of dedicated enthusiasts, the breed has endured with numbers dramatically increasing in recent years. Today this traditional breed, with its self-shedding ability, ease of management and outstanding meat, has become a popular choice for smallholders.