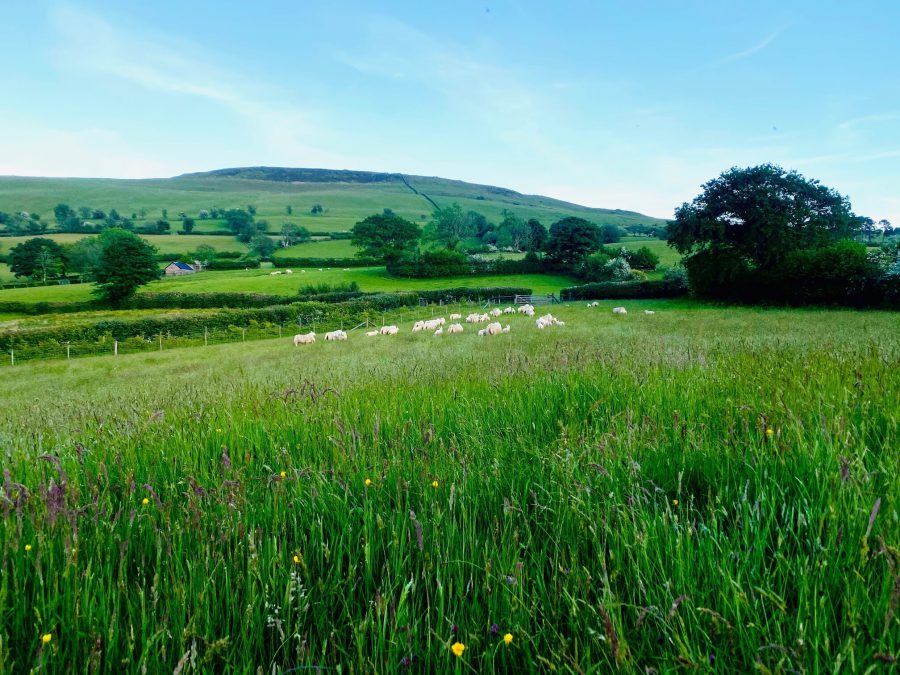 As COP27 begins this week in Egypt, the National Sheep Association (NSA) is looking to increase awareness and appreciation of the valuable climate benefits of mixed sward and permanent pasture grasslands.

Professors and researchers within the agricultural sector from around the world are recognising the value of grasslands to the carbon cycle, biodiversity, habitats and soil organic matter and NSA is hoping that this will soon be more widely accepted.

NSA Chief Executive Phil Stocker says: “Farming and the environment are inextricably linked in the UK. Our unique landscape, formed through thousands of years of traditional farming methods and management by farmers, including the grazing of sheep, has encouraged the adaptation of many animal and plant species.”

Pasture grasses take Carbon Dioxide from the atmosphere and sequester it in soil, roots, and foliage. Two-thirds of terrestrial carbon in British landscapes is in soils in the form of organic matter and soil life. NSA believes that permanent pasture and unimproved grassland are reliable ways to deliver environmental gains and food production from land unsuitable for cultivation.

Mr Stocker continues: “Across the UK, grasslands need to be at the heart of sustainable, nature-friendly farming, being grazed by farm livestock. Farmers and other land managers across the UK are critical to unlocking the potential solution that grasslands (and other sustainable land management) offer. Recent warnings from the UN at this year’s COP27 in Egypt convey the desperate need for governments to adopt a different approach, investing in sustainable farming rather than mass planting trees, there must be adequate investment in renewable energy, and a focused and succinct approach to food and retailer sourcing putting as much British produce first as possible.”

The world’s grasslands also hold a third of all terrestrial carbon, so its protection is critical. Species-rich grasslands also offer many ways to reduce the impact of climate change, such as by reducing flood risk and soil erosion. The destruction of species-rich grasslands – over 97% (a staggering 7.5 million acres) in the UK alone – is replicated around the world. This loss is a key driver in the decline of the wildlife that meadows and other grasslands support, especially wildflowers, fungi, and pollinators.