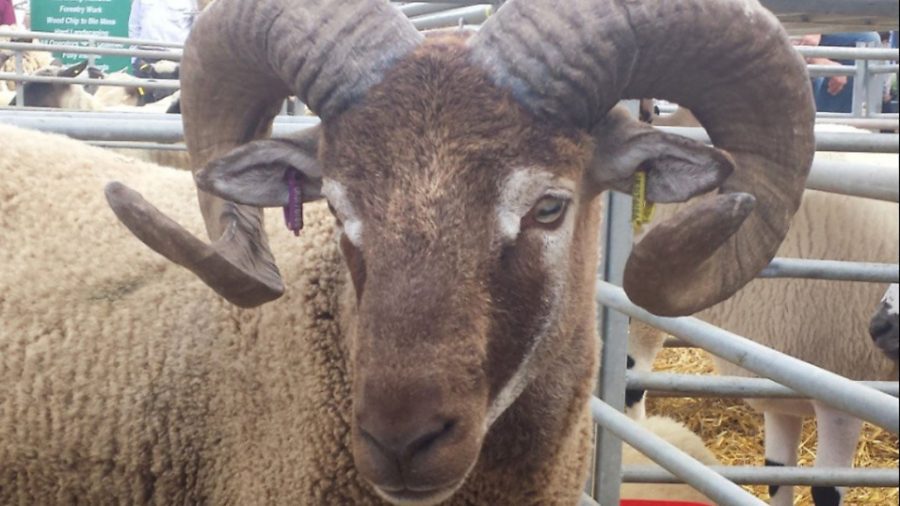 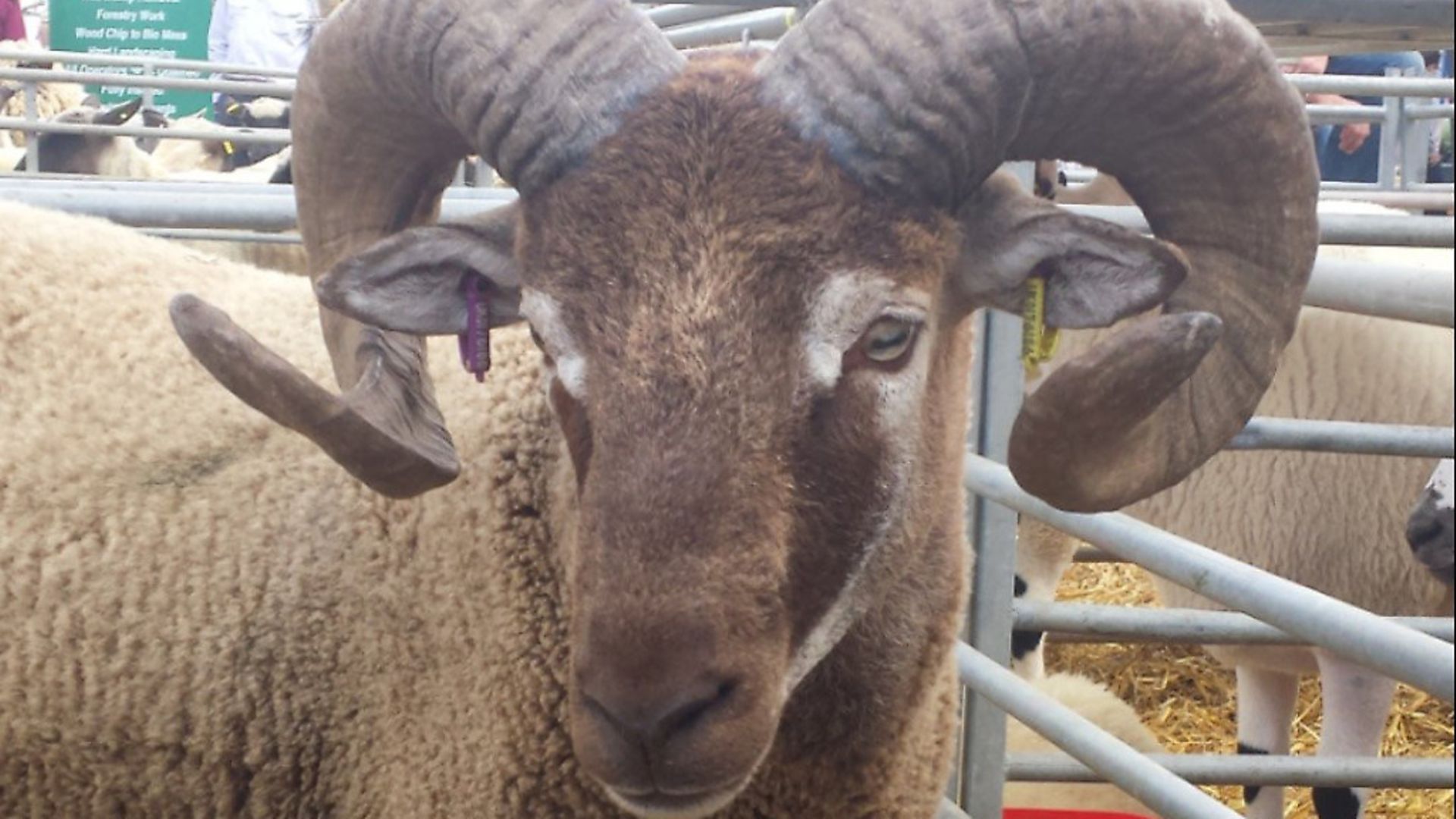 “We’ve both just turned 50 and been married for 21 years,” says Andrew (Barney) Barnes. “Charlotte’s a hairdresser and I’m a painter and decorator. We live just outside a small village called Ockbrook between Derby and Nottingham. Having moved out of the town 12 years ago, it became a bit of a life changing experience. First came our two dogs, Monty and Jem, then came the chickens, and then came two pigs. Then came the realisation that the fence should have come before the pigs; all a learning curve. We are not from a farming background but it is something we both wish we had found a few years earlier.

“It all started over five years ago. Our daughter Sophie was at agricultural college and did a night of lambing which probably changed her direction in life, and ours. We sat down one night and decided that it would be a good idea for Sophie to get some livestock of her own. Getting to know a few farmers in the area with available land was the first hurdle. It took a few visits to various farmers before we were able to agree a grazing licence for four areas of rough ground, which was a start. Next was to choose a breed of sheep. Having an interest in conservation, we chose to see what was on the Rare Breeds Survival Trust list. Up came the Castlemilk Moorit, a small breed, easy lambing, good feet, no docking of tails required, and easy to handle. Decision made, we searched the web and found six ewes for sale from a good bloodline and quite local (well, only three hours away). Next came the ram. Again, it was back to the web, and up came Callum, a lovely ram with a bloodline that went well with the girls, so off we went and had a look and came back with our handsome ram, the beginning of our Keyshill Flock.

“All went well and lambing time came. Even though we only had six girls lambing it was a case of sit back and watch, with not one needing assistance; talk about a hardy primitive breed and the Castlemilk Moorit is it. They lamb easily and are excellent mothers. This year lambing was 180% with two ewes having a set of triplets and successfully rearing the lambs themselves. I must admit they are quite cute lambs but strong and full of character and soon on their feet suckling. To this day six years on we have always lambed outside with very few problems. They do, however, have a reputation for being a bit flighty which yes, they can be. Forget about using a dog – it won’t work – and forget about asking your mates to help on moving day – again it won’t work. The best way, as we’ve learned, is a bag of persuasion starting four days beforehand (and repeating every day), and on moving day they will happily follow you with a bucket full of ewe nuts. “Sophie now works in New Zealand as a contract shepherd, so it’s just me and Charlotte looking after the flock between our day jobs. We don’t own any land and graze all our stock on a seasonal grazing license, having built a good relationship with local farmers and land owners. We have two acres next to the house but most of our land is about 15 minutes away. There’s very little stock fencing, so we mostly run the sheep behind electric fencing. We’ve expanded our Castlemilk Moorit flock and introduced Whitefaced Woodlands and a small flock of commercial sheep which we cross with a Charollais ram. One day we would love a small place of our own with land but for now we’re still looking (and saving). We’ve grown our Castlemilk Moorit flock to 24 breeding ewes and of course a few lambs and stock rams which we sell as breeding stock. The Whiteface Woodlands are also on the RBST at risk list; being a larger hill breed we find that the two flocks graze well together and do equally well on poor pasture. Both ewes and rams for both these breeds are horned, with the rams thicker set and noticeably more spiralled than the ewes; the only disadvantage we find is the occasional accidental bruise to the shin.

“Being a hardy primitive breed makes the Castlemilk Moorit particularly suitable for smallholders. Although the bloodline will always be limited, the more bloodlines started by various smallholders the better. We are selling one of our rams to a chap in London and his ewes have no connection to our ram over four generations and this will help the breed. The Castlemilk Moorit society help you find unrelated or suitable breeding stock. “As a primitive breed the Castlemilk Moorit will take a little longer to finish; a lamb will never reach 38kg in the first year, so it’s a bit of a waiting game till we take them to the abattoir. We have found that if you take them to around 18 months to two years they reach a good size and produce a good carcase weight. It’s well worth the wait, with a slightly gamey taste with a fine texture and very lean. We’ve had all good reports from our customers with plenty of repeat orders.

“On the wool side of things, they have a brown fleece with cream tips but once blended this becomes a smooth natural chocolate colour, the yarn having a short staple length. The wool is sought after by hand spinners as it has little or no kemp. This year we are looking forward to opening a new Etsy shop and selling our own wool which we have had spun. Charlotte cards and spins some wool by hand, and the wool to process for yarn goes to Halifax Mill. 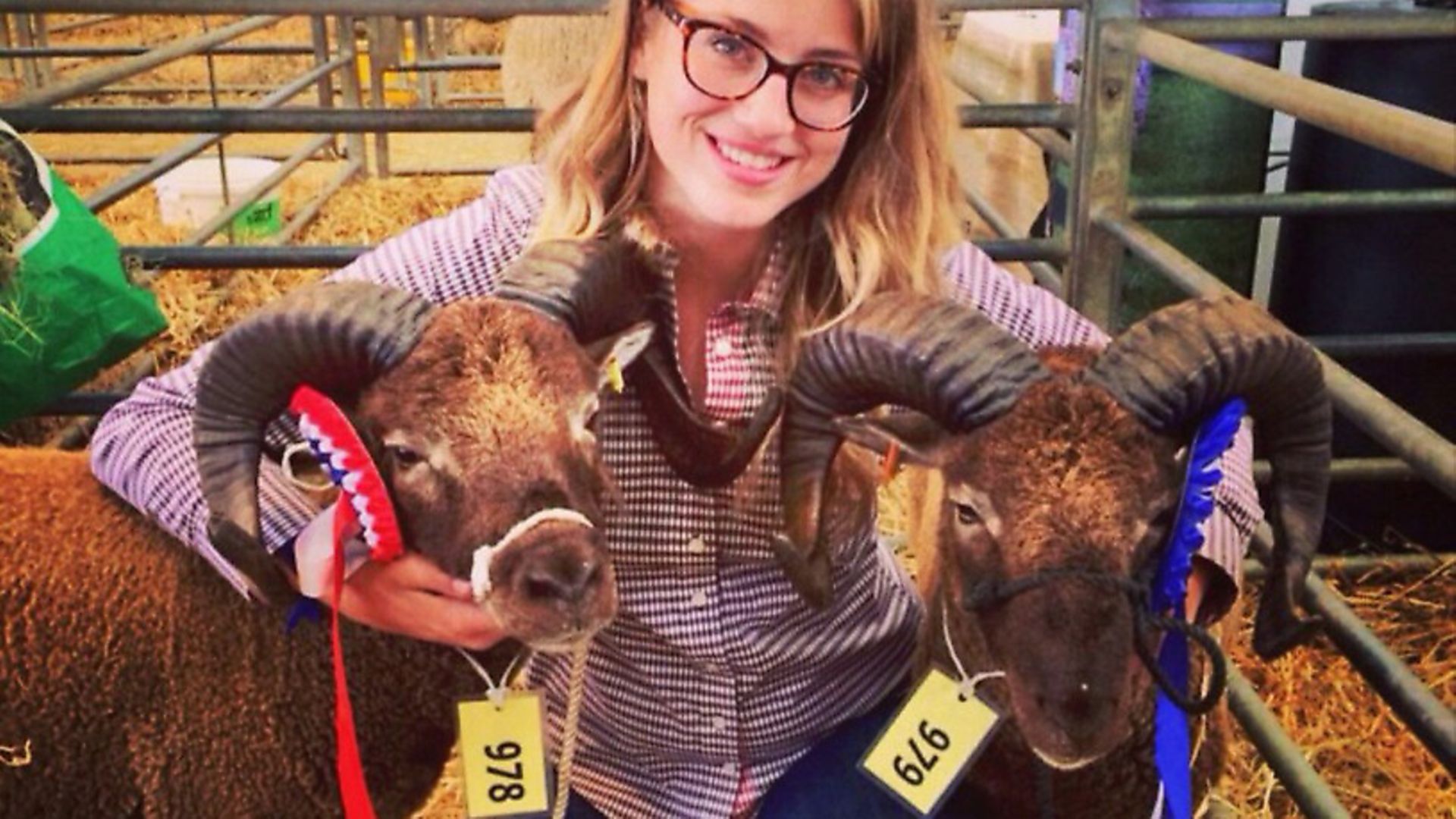 During the early part of the 20th, Sir Jock Buchanan-Jardine began a sheep breeding programme on his Castlemilk Estate in Dumfriesshire. Using Manx Loghtan, moorit Shetland and wild Mouflon, he developed a breed to beautify his parkland and provide fine, kemp free moorit coloured wool. On his death in 1970 the majority of the flock was culled and a few dispersed, including six ewes and a ram bought by Joe Henson at the Cotswold Farm Park. All of today’s Castlemilk Moorits are descended from these few sheep.

The Castlemilk Moorit is one of the larger primitive (type) breeds with mature ewes weighing in the region of 40kgs and rams 55kgs. The head is clean and level between the ears. The ewes exhibit two uniform and wide spreading horns which are much heavier and evenly spiralled in the rams, avoiding the cheeks. The neck should be well set on the shoulders following on to a straight back and well sprung ribs; the tail is naturally short and narrow. Both sexes should be upstanding on clean fine-boned legs, with naturally small feet. Its whole appearance is graceful and well balanced; they are extremely agile and fleet footed.