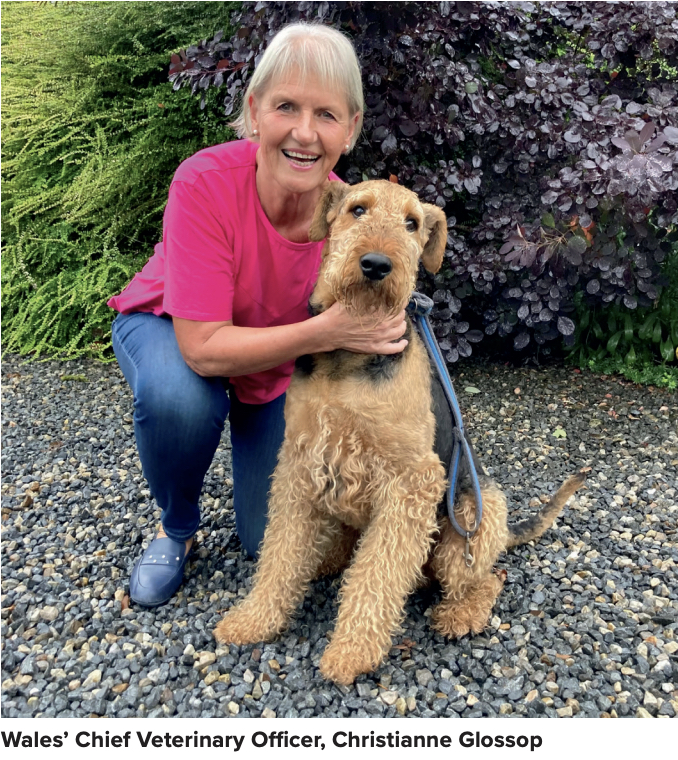 As Wales’ Chief Veterinary Officer, Christianne Glossop, stands down after 17 years in the role, the Rural Affairs Minister Lesley Griffiths has thanked her for her outstanding contribution to animal health and welfare.

Professor Glossop is Wales’ first Chief Veterinary Officer following the devolution of animal health and welfare powers in 2005. She was appointed after spending time in the State Veterinary Service, now known as APHA, dealing with the Foot and Mouth Disease outbreak of 2001 and then bovine TB.

Minister for Rural Affairs Lesley Griffiths said: “Christianne’s contribution to animal health and welfare in Wales is immense. During her time as CVO she has dealt with a number of difficult animal disease outbreaks such as avian flu, the impact on Wales of the 2007 foot and mouth outbreak in England, as well as tirelessly working with her team on the TB Eradication programme.

“In Wales we now have an Animal Health and Welfare Framework and key Programme for Government commitments on animal welfare set out in our five year plan. The new Sustainable Farming Scheme will include modules focussing on animal health planning and biosecurity, aligning with the ambitions set out in Framework. And we now also have a school of veterinary science at Aberystwyth University, the first in Wales, which Christianne is closely involved with.

“With the devolution of animal health and welfare powers it was a once in a generation chance to design the approach here in Wales, and I will always be grateful to have been part of that.

“When I started in the post there was no hub of veterinary education and research in Wales and now we have the school of veterinary science in Aberystwyth, and so much more besides, which shows how far we’ve come in that time.

“I’m so very grateful for the opportunities I’ve had as CVO, and I look forward to the next chapter of my career as a vet.”