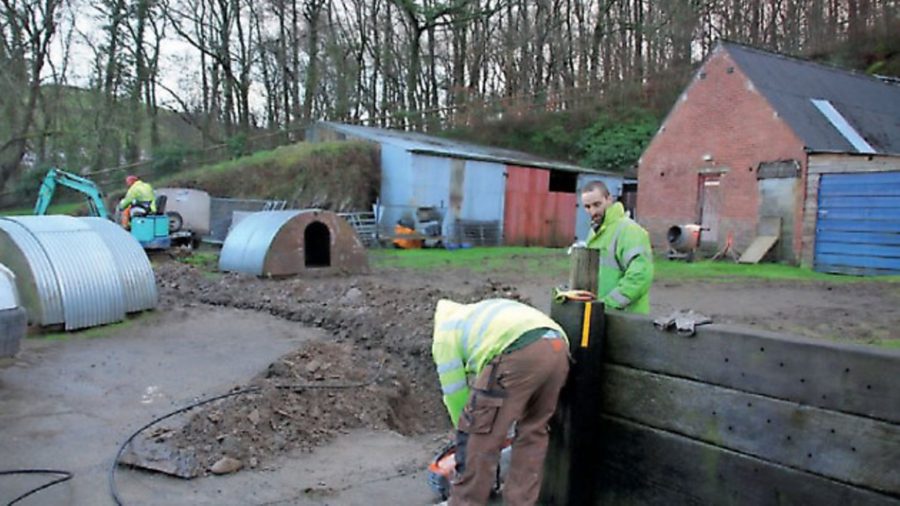 Liz Shankland has just bought her second smallholding and, in this series, offers her advice and experience to help you set up your perfect place. 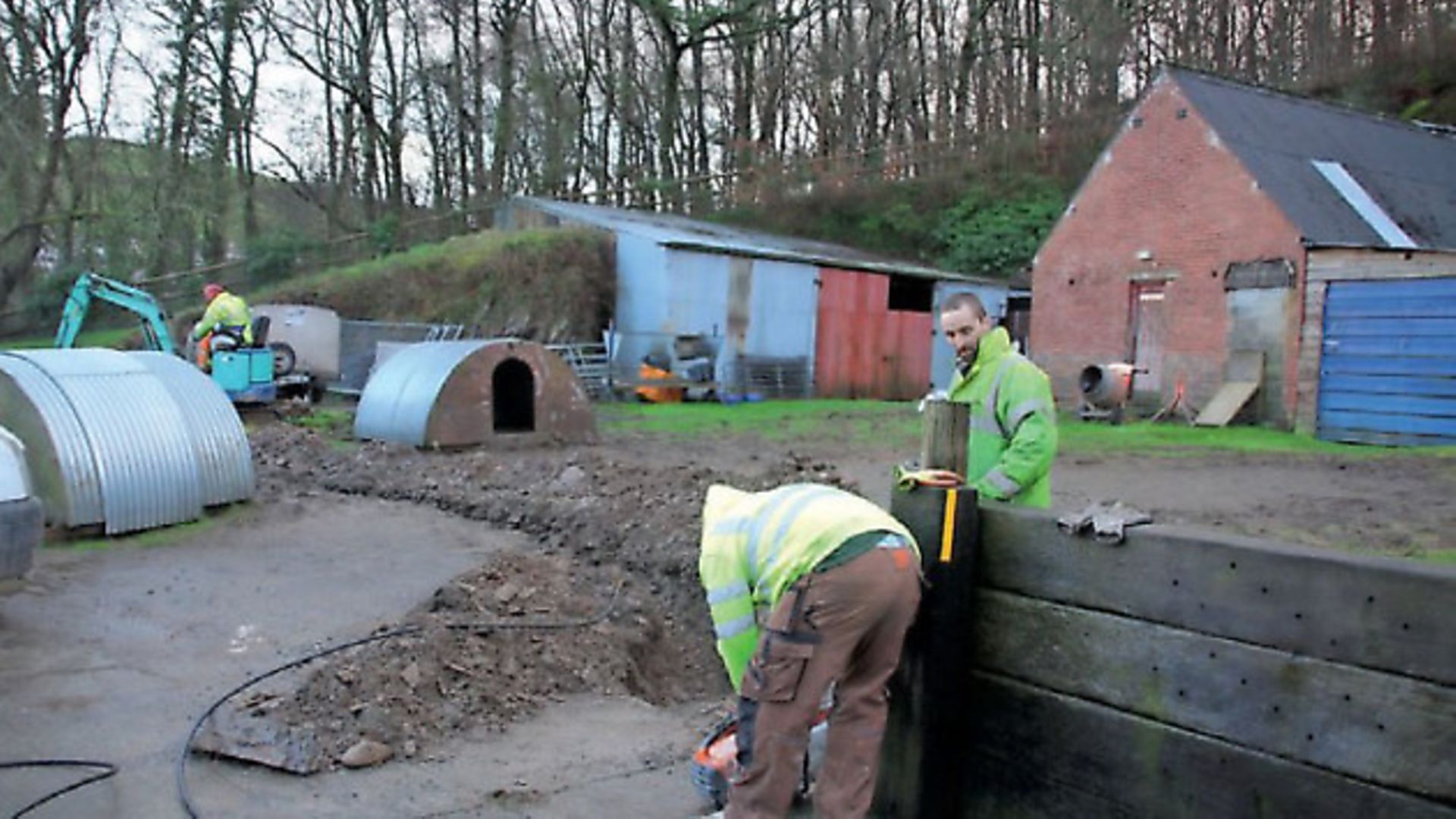 It’s now been two months since I moved to my new smallholding and turned the entire farmyard into a building site. Still, remembering that old saying about making an omelette and cracking eggs, I know that when the work is complete, all the mess and disruption will have been worthwhile.

I’ve heard on the grapevine that everyone in the west Wales village I’ve moved to is puzzled about the steady stream of delivery lorries, builders’ vans, diggers, and dumpers in and out of my drive, and there are various guesses on what on earth ‘that woman who’s moved in from the valleys’ is up to. But, hey, maybe I should take comfort in the fact that I appear to be interesting enough to feature in local gossip!

The main focus of activity has been on one of the barns in the yard. From bitter experience, I learned that outbuildings are worth their weight in gold – and one might argue that they are as valuable as good pasture land. When I bought my first smallholding, keeping livestock wasn’t even on the agenda; having lived in urban locations with ‘neighbours from hell’ next door, all I wanted was some land around me, as a kind of buffer zone to protect me from the rest of the world. 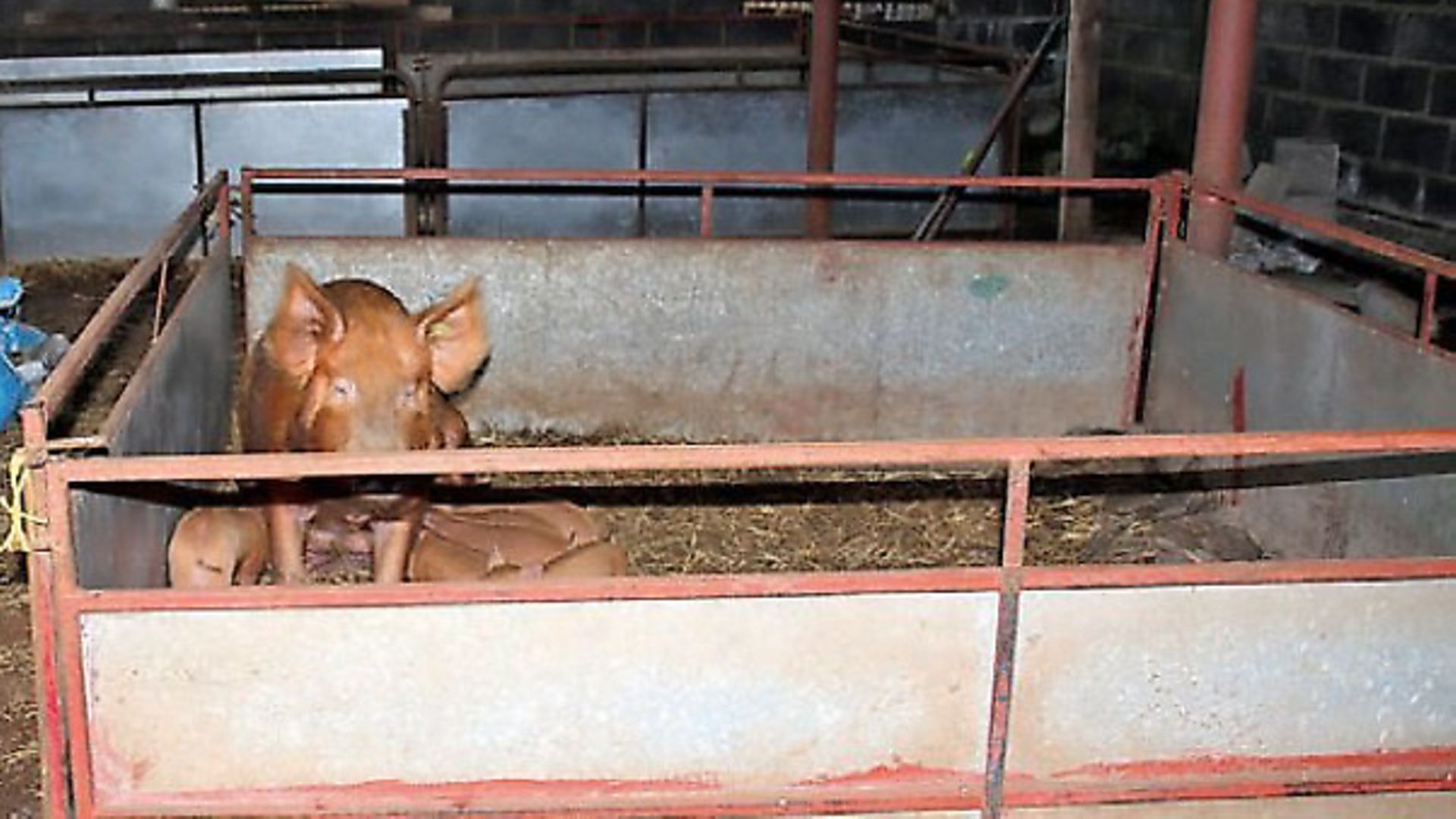 When it came to viewing the first place, Gerry and I were so bowled over by the amount of land (albeit only just about six acres – but a vast landscape to me at the time), that we didn’t consider where we would keep all the machines and tools we would inevitably collect along the way – let alone the animals which we were destined to own.

Second time round, though – and with all the decisions resting firmly in my own, newly-single hands – I knew that when choosing a new smallholding, good outbuildings were an essential component.

As I mentioned last month, the place I eventually chose had no less than eight outbuildings. It was like winning the lottery to find somewhere with so much storage space. No newcomer to smallholding can imagine, when just starting out, how much kit they are likely to accumulate, nor how important secure housing will prove, once the livestock start to increase in number. During so many hard winters at my last holding, I wished that I could have had more barn space, so that I could bring in heavily-pregnant sows from the rutted-up and frozen paddocks – dangerous ‘moonscapes’ where one slip could have resulted in a broken leg, maybe even euthanasia and a lost litter.

Through the long, increasingly wet winters, I wished, too, that I could give the free-range bronze Christmas turkeys a break from the mud and cutting winds. Despite being hardy birds, they aren’t the brightest of creatures and, despite being offered shelter, they will stubbornly sit outside in the pouring rain and driving snow, weakening their immune systems and making themselves more vulnerable to common ailments.

And what about lambing time? Although many ewes will deliver their lambs with ease outdoors most of the time, there is no doubt that having a spacious lambing shed where you can keep an eye on your flock, just in case they need assistance, is infinitely preferable to chasing around outside when you find that one of your ewes is in trouble.

Having said all that, a barn rarely comes equipped to suit all your needs. I knew that when I moved into my new place, there would be a fair bit of expense to get the outbuildings suitable for my own particular requirements. I factored in my ‘ball park’ set-up costs when I was working out how much I could afford to spend on a property.

At the new holding, I had a barn earmarked for farrowing and winter accommodation. I knew I needed solid pens built, so that I could accommodate pigs which did not normally live in close proximity. That meant buying lots of heavyduty galvanised gates and having speciallyfabricated solid panels made for the ‘party walls’, to deter fighting – particularly when senior sows were housed next door to unfamiliar neighbours. Also, as the barn was originally built on soil and shale, the floors weren’t entirely suitable for pigs, and would have been rooted up in a very short space of time by inquisitive youngsters. For that reason, I began spending a not inconsiderable sum on having the floors concreted, with a slight slope built in to ensure good drainage. Next will be the installation of nipple drinkers (efficient devices which allow pigs to access water on demand), and then I’ll be pretty much there.

Floodlights inside the buildings, as well as at various locations in and around the yard, were another necessary expense. This place is an astronomer’s paradise; with no light pollution from street lamps, it is completely black at night, offering wonderful opportunities for star-gazing, but making feeding after dark a nightmare. I did my research on the internet and sourced some LED lights which cost pennies to run, but which transform the dead of night into manageable twilight at the flick of a switch. As well as running costs being low, I’m told they won’t need any attention for at least five years.

Liz Shankland is the author of the Haynes Smallholding Manual and teaches courses in animal husbandry at Kate Humble’s farm in Monmouthshire. www.humblebynature.com

? Outbuildings, if in good repair, can usually be adapted to suit your needs. Even if in a sorry state, it’s better to have a falling-down barn than no barn at all; repairing an existing structure is easier than applying for planning permission for a new-build, and will probably work out cheaper.

? Industrial storage containers or shipping cases can be a quick and economical alternative to building a barn. The backs of MOT-failure lorries can be snapped up quite cheaply and can be turned into sheds for storage or livestock shelters.

? Don’t underestimate the versatility of wooden pallets. I’ve seen entire barns, lambing pens, paddock fencing, and livestock-handling systems created by using these throw-away items. Often you can pick them up very cheaply – or even free.

? When you’re working out how much you have to spend on your holding, have a generous contingency fund for repairs and modifications, constructing new buildings, and for installing or replacing fencing.

? If you’re keeping your ‘proper’ job and plan on feeding your pigs in the morning before work and then again after you return home, think about fitting some floodlights to make life easier when the days are short.