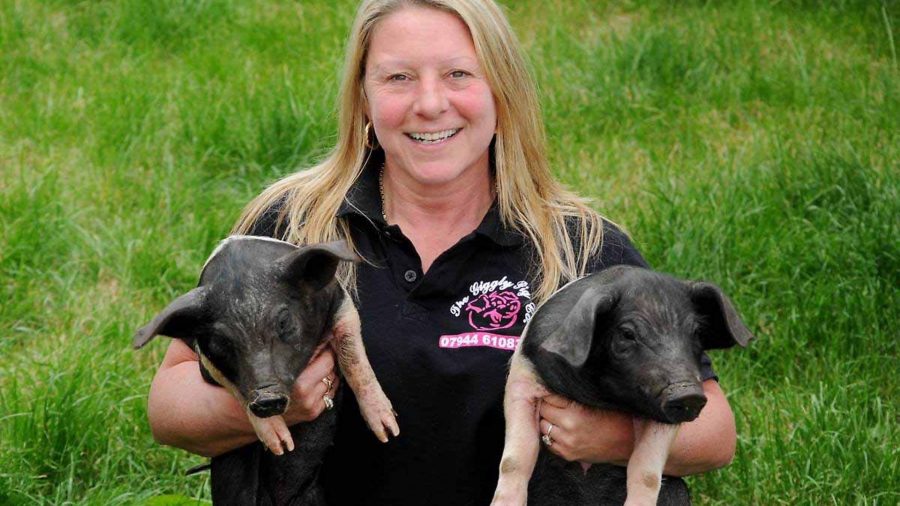 JAN 21, 2014: Sometimes pigs can change your life beyond all recognition, as Liz Shankland discovered when she met an ex-con who turned her back on crime to become a pig breeder and an award-winning retailer

JAN 21, 2014: Sometimes pigs can change your life beyond all recognition, as Liz Shankland discovered when she met an ex-con who turned her back on crime to become a pig breeder and an award-winning retailer

It is remarkable how animals have the capacity to help people, and even transform lives. In the latest (February) issue of Country Smallholding, we have one such story. We feature a woman who was jailed for 10 years for a major drugs conspiracy. During her time inside, Tracy Mackness started working on the prison farm. There she came into contact with pigs – and her life took a new direction. Tracy’s ‘epiphany moment’ came when she noticed a sad looking sow whose piglets had just been taken away from her. “Something clicked, and I knew she and I had something in common,” she says. Tracy threw herself into caring for the pigs and breeding them. On her release, she decided to set up her own business, The Giggly Pig Company. Now she has around 90 sows, her own shop, and produces award-winning sausages and other pig products. “There have been times when I’ve felt like giving up, and maybe thinking about going back to my old ways, but knowing that the pigs were there always helped me,” says Tracy. “Every time I had those kind of thoughts, the pigs saved me.” There is a sad postscript though. It was recently announced that East Sutton Park Prison in Kent will be losing its farm. It was the lifeline that meant so much to Tracy and many other inmates. READ THE FULL STORY in our February issue on sale now! You can buy this issue at www.buyamag.co.uk