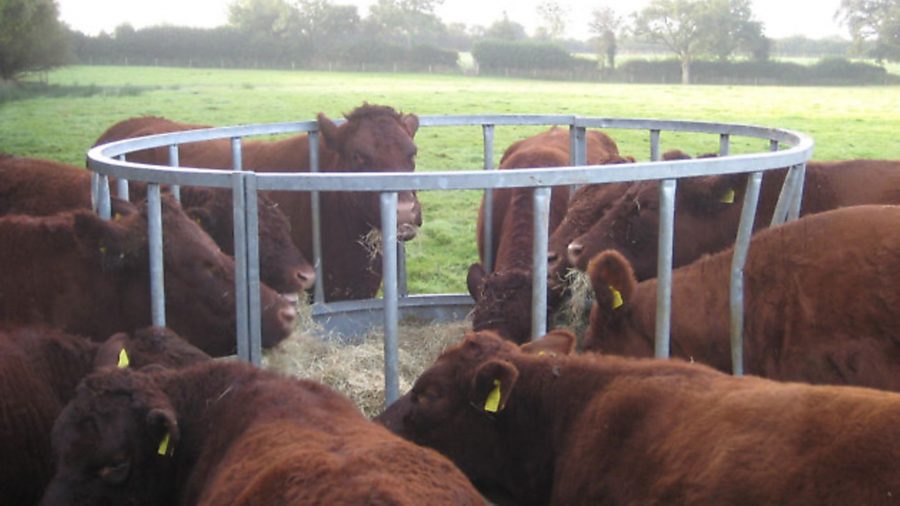 Debbie Kingsley has only one regret about keeping cattle – that she left it so long before getting her first herd. To launch a new series, she shares the pleasure of keeping them 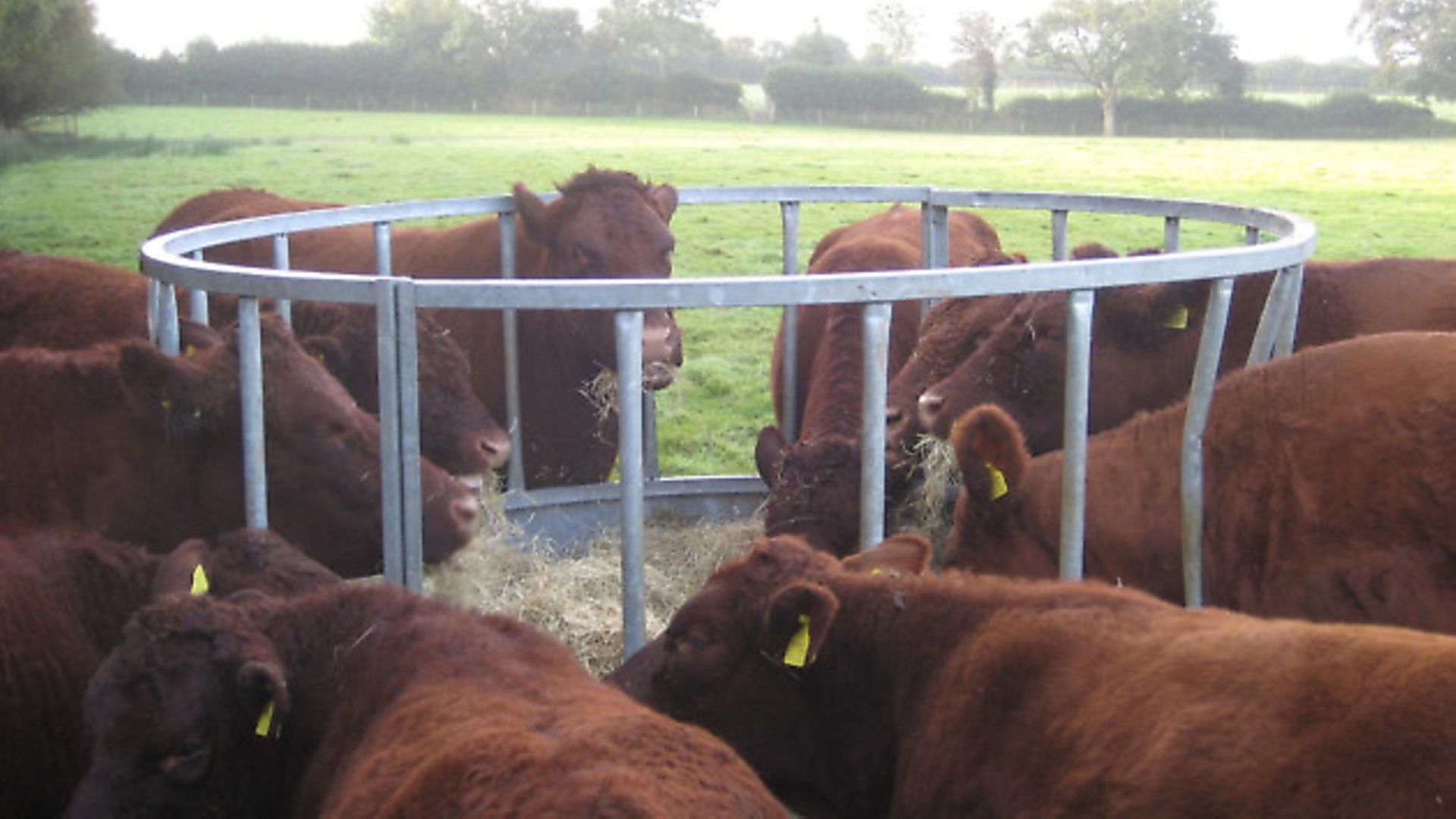 When you don’t come from a farming background and start with chickens, two ducks and a vegetable patch, taking on cows seems as likely as bringing home a giraffe. So are cows a step too far for the smallholder?

If you’d asked me 10 years ago, after decades of keeping pigs, sheep and poultry, I would have definitely said that cows were beyond my capabilities. They’re big and scary looking and probably cost a lot of money, and anyway, isn’t that what proper farmers do?

When we holidayed in Devon (rather than lived here) we always stopped to admire the Devon Rubies when we spotted a herd. They look so gloriously chestnutty, the colour of sunsets, so very right in their setting. Then came my mid 40s, we’d moved to the South West, and I got to know a friend’s herd of Devons; their smell, their nature, their reality. One day I just said to Andrew: “I don’t want to have lived my life without a small suckler herd of my own.” To my amazed delight he replied that if I really felt like that, then we should make it happen.

This was a massive commitment on his part. Our land is heavy clay which means that, although the cows would thrive outside all year, the ground would be trashed. So the cows have to be overwintered indoors for around five months of the year, which translated into creating a cowshed plus the associated and ongoing shared joy of daily mucking out. 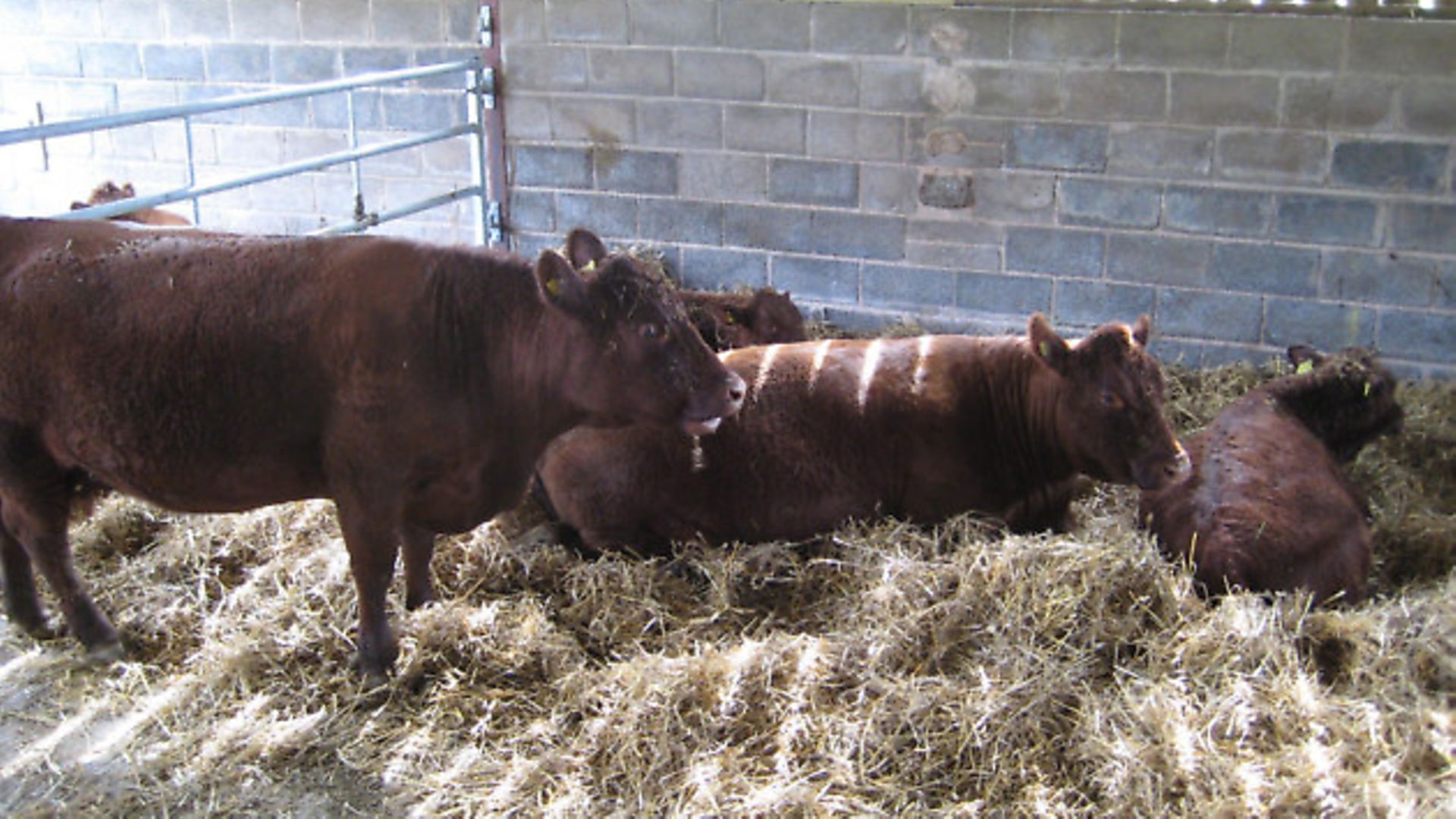 Do they need a lot of attention?

Taking on cows for the first time brings unbelievable numbers of questions, even for those very familiar, like we were, with other four legged livestock. First off, would they require a lot of our time and attention? During the period when they are out at grass, the answer is not that much. We check them morning and evening, but I’ve found that one of my new found joys is walking round the herd and being with them, so looking them over is the opposite of a hardship. If I go missing, Andrew knows where to find me. Of course you need to be properly observant and not just stand at the gate smiling adoringly but vaguely at the cattle. Usefully and unlike sheep, cows tend to give you plenty of notice if they’re ailing, so you have time to act, to call the vet, to medicate if required, and all this is very reassuring.

More time is needed in the winter if your land dictates that the cows must be housed to avoid poaching. If you are lucky enough to have hard ground in the wettest weather, I envy you. Although we have chosen to muck out daily and do it with a muck fork and huge wheelbarrow, you can use a deep litter system or have a tractor or skid steer loader to clean out depending on your preferred set-up and budget. The winter mucking out does get a little tiring as winter draws to a close, but mostly it’s a time to get hands on with your cows, increasing their docility and sense of comfort around you. There’s no doubt that cows become very chilled and relaxed when they are housed.

If you already have sheep you may be worried about integrating them with cows, but they graze together entirely happily. Depending on your stocking rates and the amount of land you have, you can graze cows first on the longer sward and then follow sheep behind, who will then nibble the shorter grass, but this may be impractical for many smallholders, so don’t worry about it. There are positive advantages in co-grazing including increasing the diversity of the grasses and reducing worm burdens.

I want beef; do I have to milk the cow every day?

The traditional smallholder’s cow may be the house cow, a dairy breed such as the Jersey or the larger dual purpose Gloucester, producing milk for the holding and the possibility of clotted cream, butter, cheese and yoghourt, but dairying requires a significant time commitment. So, if you are after beef rather than something to splash on your cornflakes and spread on your toast, do you have to be involved in milking? Definitely not. You can buy a weaned steer (castrated male) or two and simply take them to butchering age (14-30 months depending on breed, feeding regime and personal preference). You can have a cow and calf, and the calf will do all the milking for you. Some breeds are so naturally milky that they will rear two or more calves. Dexters, a dual purpose milk and meat breed, will raise a couple of calves, and the extraordinary Shetland will rear up to four calves successfully. Our small suckler herd of Devon Rubies (a beef breed) is made up of dams with their calves at foot and the weaned young stock from the previous year, and there is no milking involved at all.

In future articles I’ll be looking in more detail at feeding cows year round, the realities of overwintering inside and adapting a shed or barn to house your cows, and getting your cows in calf without a bull. For now, it might be reassuring to those of you whose interest is piqued, that I’ve had a wholly rewarding time with cows and my only regret is that I waited so long to take them on.