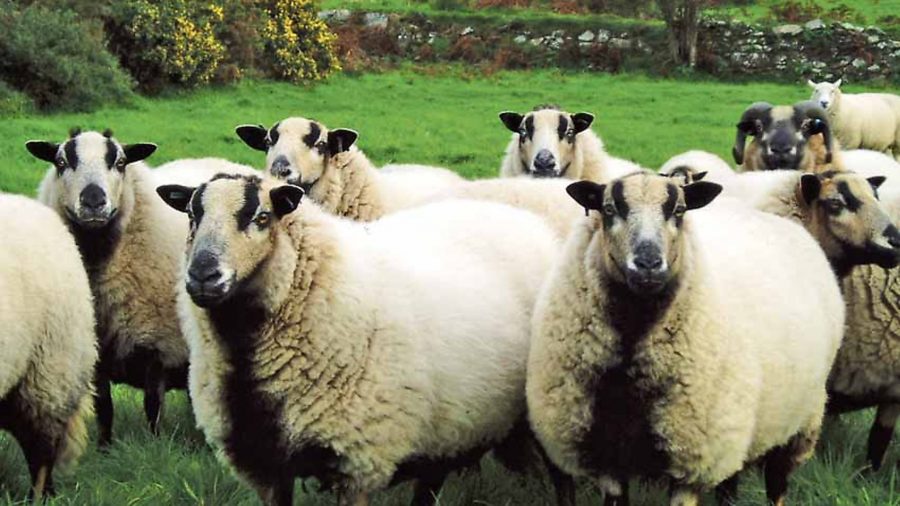 Tim Tyne chooses Badgerface sheep in his Best Breeds series Some years ago I bought a couple of Badgerfaced (Torddu) ewe lambs, one each for our two daughters Rhian and Llinos. The lamb allocated to Rhian died almost immediately (she wasn’t unduly concerned about this), but the other developed into a scruffy little ewe, and in due course produced lambs of her own. As Llinos grew older she began to take more interest in the sheep, which we encouraged. As a baby and toddler, she’d been painfully shy, to the point that it became an embarrassment when anyone called, as she’d hide behind the settee in paroxysms of fear until our visitors left. Now perhaps we’d found something that would bring her out of her shell? We arranged for the ewe to visit a pedigree ram, and the offspring (a ewe lamb) was duly registered with the breed society in Llinos’ name, bearing the Cerniog prefix. To say that she was proud to see her name in the flock book would be an understatement! The following spring, Llinos was determined to exhibit her yearling at the Smallholder’s Festival. To this day, we’ll never know how she screwed up the courage to enter the ring, with all those eyes upon her! We held our breaths, and waited for the inevitable outburst – which never came! Other spectators will have seen only a rather nervous six year old girl in the centre of the long line of exhibitors, but we realised that this was a major turning point in her life. The flock has steadily grown, and currently numbers 13 breeding ewes, with another four yearlings that’ll join the flock this autumn. They’re now in shared ownership with a neighbour who runs a small campsite – the attractive appearance of the Badgerface sheep always appeals to the holiday makers! Llinos continues to compete at as many shows as she can, with a reasonable level of success. She also tends to do well in Young Shepherd competitions, where her natural empathy with the sheep always stands her in good stead. However, the real highpoint was at the breed society sale in 2011, where her first home-bred ram sold for a massive 910gns – the highest priced male on the day! IN SUMMARY: * One of the coloured Welsh Mountain breeds. * The name Torddu means ‘black belly’. There is also a reverse coloured version of the breed, the Torwen (‘white belly’), which is a black sheep with white underparts. * More prolific than most hill breeds, and the ewes make good mothers. * Crosses well with a terminal sire for prime lamb production. * Visit: www.badgerfacesheep.co.uk