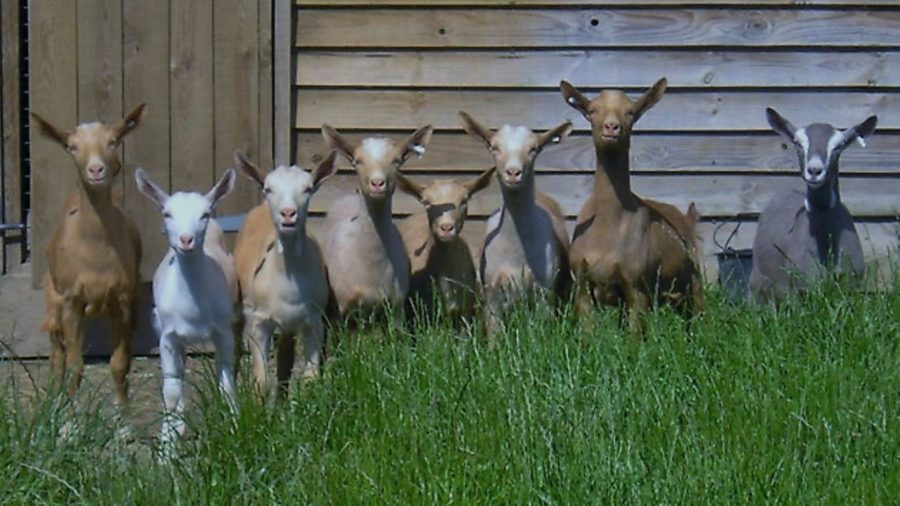 Anke Sieker tackles a tricky topic, but one of vital importance for the goatkeeper

Worm control in goats is a complicated topic and every goatkeeper should be familiar with the following website.: http://www.scops.org.uk/. This deals with sheep, but the general gist is equally applicable to goats. It also describes the problems encountered with resistance to certain wormer classes and what management options livestock farmers have. The up-to-date veterinary book on goats – John Matthews’ Diseases of the Goat (2009 edition) – has an extensive chapter on worm control in goats and it would be advisable for every goatkeeper to read this and discuss any specific management issues with their own vet.

I would like to answer some issues that were raised by a CS reader on my recent Q&A post on a specific question.

1.) There are no wormers licensed for use in goats in the UK, and the majority of sheep wormers now state that they are not to be used in animals producing milk for human consumption.

Not only are there no wormers licensed for use specifically in goats, neither is ANY (goat) veterinary medication in the UK. Therefore all goats are treated by vets using the ‘Cascade System’, whereby a veterinary practitioner can prescribe any medicine to any animal if s/he thinks it will be of therapeutic benefit for that particular animal/disease. Wormers for goats fall into that category. The reason that no wormers (or medicines) have been developed for goats is simply that there are not enough goats kept (in the developed world), therefore it doesn’t make commercial sense for any manufacturer to test their products on goats – both with regard to therapeutic effectiveness and necessary withdrawal times. It is therefore fruitless to discuss withdrawal times etc. with a veterinary pharmaceutical manufacturer; due to the total lack of testing they will always have to answer completely in the negative. However, worms in goats kill – so it would be detrimental to their welfare to not treat them even if they are being milked or feeding kids. There are no proven organic methods for treating worms in goats.

Commercial dairy herds are increasingly kept inside 24/7 and fed dried feed for this very reason – as you cannot sell any milk from lactating goats that have been wormed. The small-scale home producer can of course adjust their management to reduce the potential worm burden in their goats and, if treatment during lactation is necessary, observe a sensible withdrawal period, during which the milk can still be fed to goat kids and/or lambs. John Matthews advises a withdrawal period of eight days under non-organic management.

Widespread resistance to wormers of the Benzimidazoles Group, (example Panacur) has been reported, which leaves using wormers of Group 2 (Imidazothiozoles/Tetrahydropyrimidines) such as Ivermectin, or Group 3 (Macrocyclic Lactones) such as Levamisole. Initial faecal egg counts should be undertaken to establish the actual need for worming, followed by a re-test 10 days post-worming to ensure efficacy of the wormer. Dose rates for goats are higher than for sheep – these are discussed in the above mentioned John Matthews book.

2.) There was no emphasis about the importance of rotating the grazing as a means to control worm burden.

Rotational grazing is an important management tool in integrated parasite control for all ruminants. Even better, zero-grazing for the small-scale goatkeeper does not necessarily mean keeping their goats under worse conditions than the owner with several acres of grazing available. Goats live happily without any grazing as long as fresh branches/greenery is available for them on a daily basis and they have an exercise yard for sun bathing and general mooching about. In those situations worming should rarely, if at all, be necessary.