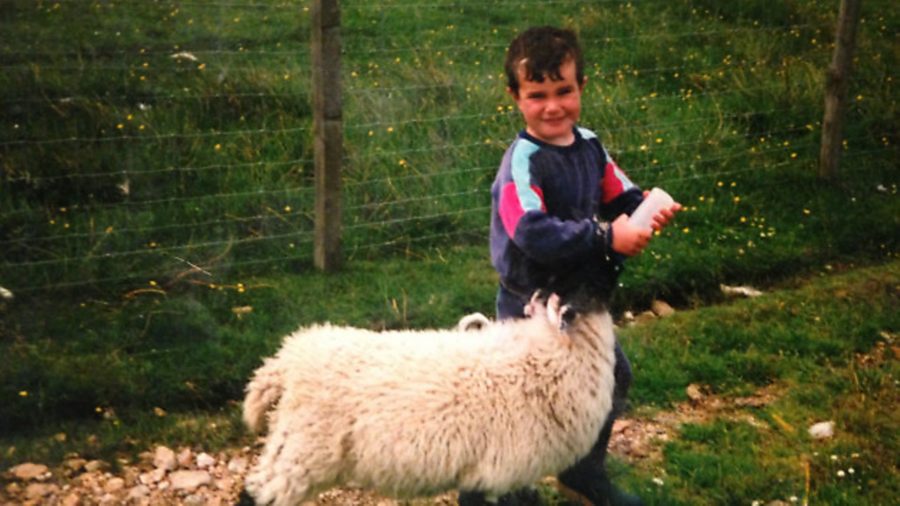 Welcome to a new bi-monthly feature series by Donald Macsween, a leading crofter from the Isle of Lewis 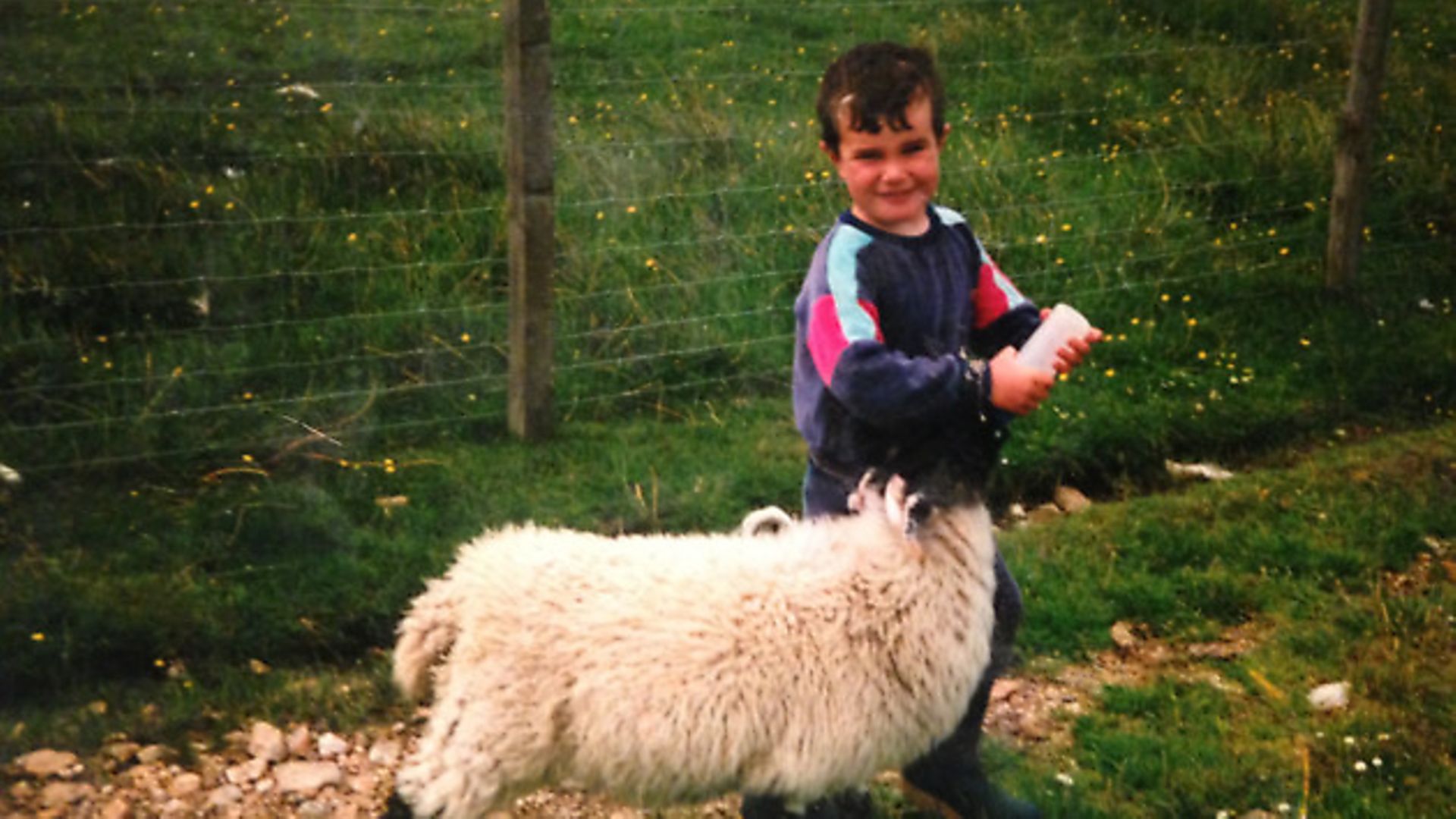 I’m sitting in the back of a bus, on the road between Hull and Glasgow. This has been where I have spent much of the past five days, as a group of 39 of us from Ness have travelled around First World War sites in Belgium and France. As we near the end of our trip, my attention has turned to matters at home. Back on the croft my father and a neighbour have been keeping an eye on the livestock in my absence. The bodach (old man) who lives up the road casts his eye over my sheep and lambs. He’s been retired for the past decade and takes his Massey Ferguson 135 tractor in the croft each day to check his sheep. I know he checks mine daily, even when I am at home, but I asked him to keep an eye on them anyway, for my own peace of mind, if nothing else. My dad, also retired, has enough on his plate without having to think about the sheep. I have 340 laying hens, three Gloucester Old Spots sows and have recently added two Highland heifers for him to look after.

I’m Donald Macsween, a crofter from Ness, Isle of Lewis. I was fortunate enough to be born into a crofting family and my earliest memories all relate to working on sheep with my grandfather or parents. I have always loved working with animals, in particular sheep, and I was lucky enough to be given a croft of my own for my 21st birthday. Being a crofter is part and parcel of the way of life here in the islands. I think it has grown into a big part of my own identity, particularly over the past 10 years. It was one of these things that I didn’t question or appreciate, growing up – it was just the way things were. To a large degree, that’s how things are still, but I am in the middle of trying to make more of a living out of the croft. This isn’t something that is easily done at all. Having spent the past week looking at huge fertile fields in Belgium, where corn and hops are being grown, I am heading home to our own marginal land.

The land in Ness was divided into parcels of 5-7 acres, which was deemed a sufficient amount to provide for a family. Times have changed, however, as has the weather. My own village of Dail Bho Thuath (North Dell) has 23 crofts, which would each have provided for a family, but today there are only three active crofters. I have the use of nine of these crofts, in a mix of official and unofficial agreements. This approach provides me with more land which to expand my flock. Otherwise, the land would be empty, producing nothing but rushes. But I am working on producing much more than rushes! You have got to be creative to try and maximise ways of making a business work, and be prepared to take some calculated risks.

My foray into egg production was an example of this and I am now the largest egg producer in Lewis. I know people thought I was crazy, that I should just get a sensible 9-5 desk job, but that isn’t me. Nothing excites me more than spending time working on the croft. Yes, there are days when I don’t want to muck out the 300-bird hen house and there are days when the loss of a ewe breaks me, but I wouldn’t swap this way of life for anything. 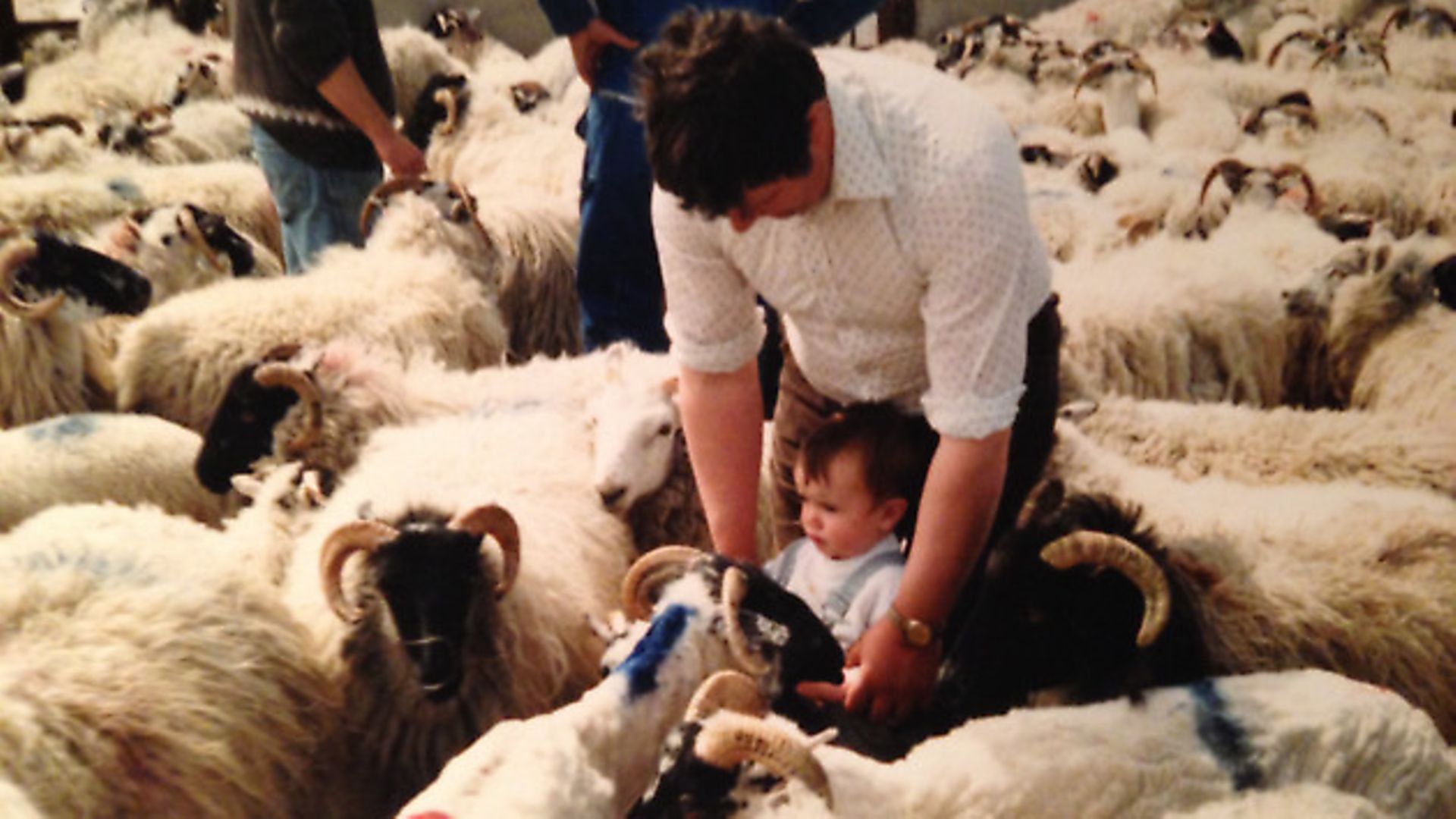 I’m still on the bus. The majority of my fellow passengers are making their way to Inverness tonight before getting the ferry from Ullapool to Stornoway tomorrow morning (weather permitting, always weather permitting) but I’m getting off before then to tackle one of my other jobs.

Crofters have always juggled working the land with other, more reliable sources of income. My grandfather was the janitor in the primary school next door, my mother was a teacher, lecturer and community worker, while my father was a fisherman. Each of these careers built around the croft. I am no different; I work part-time for the local council, supporting young people with vocational activities, but I also have quite a rare combination: crofter-TV presenter.

Since BBC ALBA, the Gaelic TV channel launched in 2008, I have been fortunate enough to present Farpaisean Chon-Chaorach, a programme following sheepdog trials in the UK. I’m getting off the bus in Glasgow and jumping straight into the studio to record voiceovers before flying home in the morning, again, weather dependent!

People often think TV is a glamorous industry. I’m sorry to shatter the illusion, but it isn’t! I’ll be working on the voiceovers this evening, but my mind has already drifted to the hen house that I have to clean out once the plane lands….

MORE: Donald can be contacted at @sweenyness on twitter or by email at info@airanlot.com