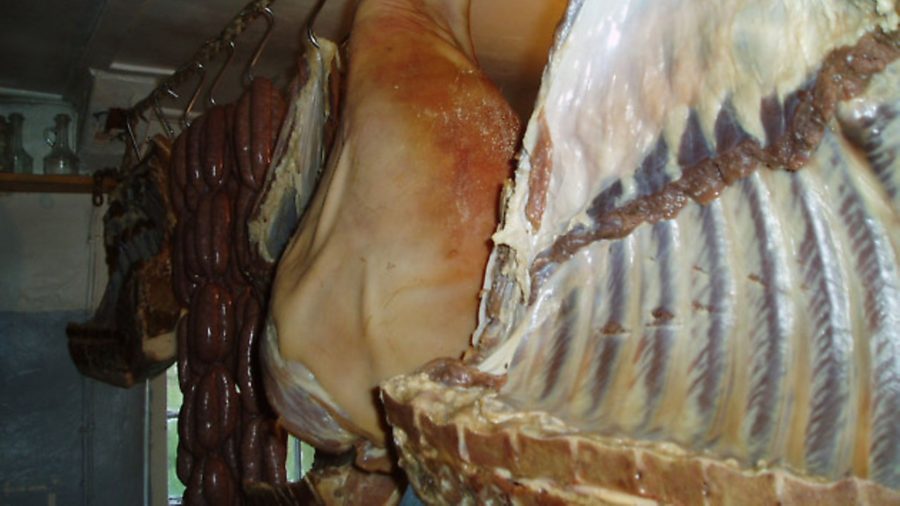 In the first part of a feature series on home slaughter, Tim Tyne says the process is surprisingly easy and wholesome, and connects us with our food in a natural way 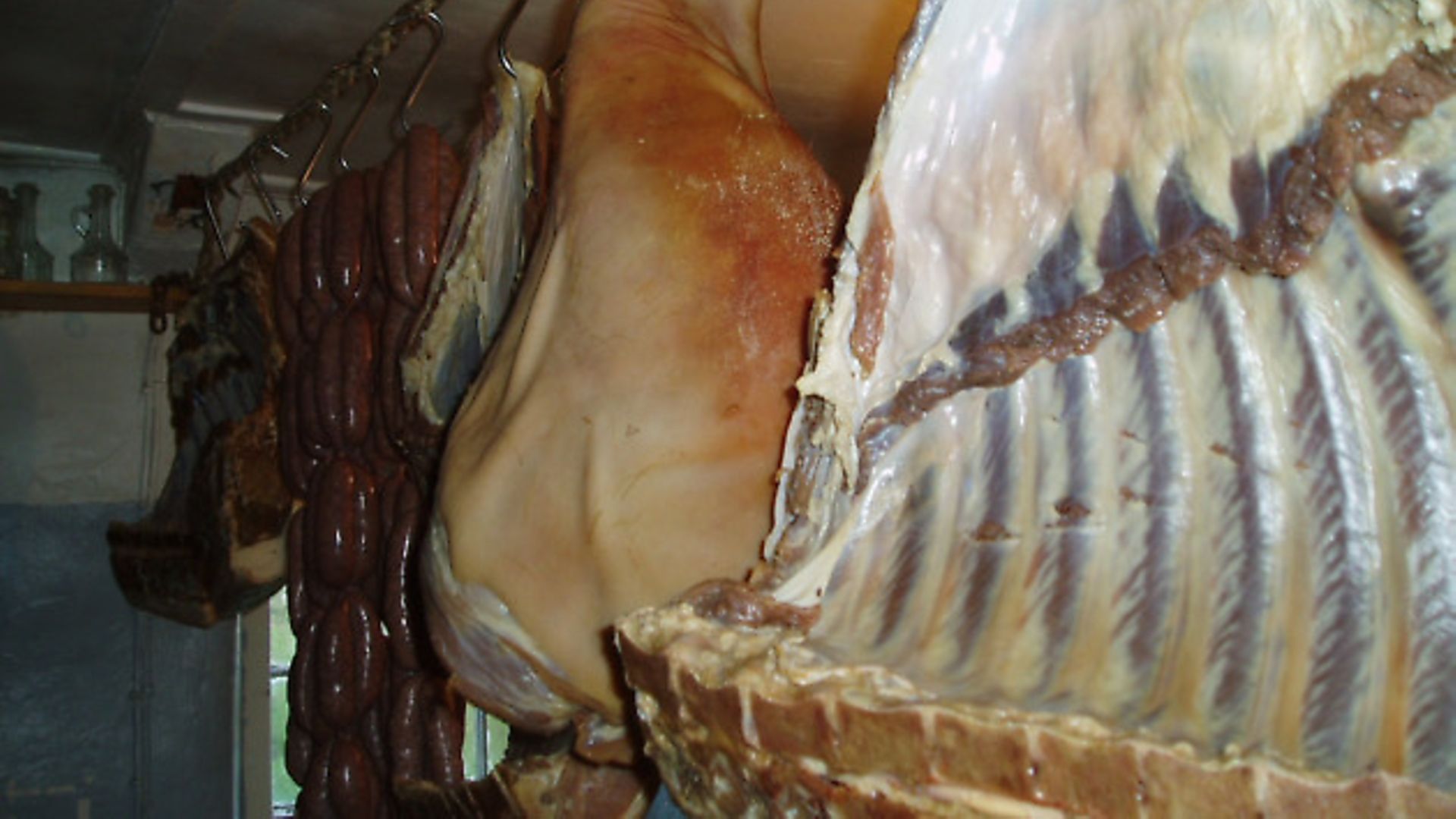 It strikes me as a little odd that home slaughter of livestock for domestic consumption can be such an emotive subject amongst smallholders. After all, people put so much effort into giving their animals the best care and attention, a stress free and natural life, and everyone loves to extol the environmental benefits of home produced food due to its low food miles etc… and then what do they do? Shoo them into a trailer (a stressful enough experience in itself) and cart them off – many miles, in some cases – to spend the last moments of their lives in a totally alien environment amongst people they don’t know. Not that there’s anything fundamentally wrong with the way livestock are handled in an abattoir, and commercially reared animals probably take it all in their stride (having been used to being herded in groups through handling pens and buildings on a fairly regular basis anyway), but the average smallholder’s pig or sheep probably finds at all a bit worrying. The average smallholder probably finds it a bit worrying too, and this sentiment will communicate through to the animal and exacerbate an already tense situation.

I admit that if you’re planning to sell any of the meat from your animals then you’ve got no choice but to go through with all this rigmarole, but where it’s destined solely for home consumption there is a better way: Slaughter the animal yourself, on the farm were it was bred and reared, in familiar surroundings and with sympathetic handling. In this way we really do know what we eat, how it lived, and how it died, and we can tuck into our Sunday roast with a clean conscience. The whole process is surprisingly easy, and wholesome, and connects us with our food in a way that very few people get the opportunity to experience nowadays.

As with everything, there are rules and regulations that you need to abide to (or bend). Most of these – quite rightly – relate to the welfare of the animal at the time of slaughter. Therefore you must not cause (or permit to be caused) any avoidable excitement, pain or suffering. Neither must you slaughter (or permit to be slaughtered) any animal by a religious method, and you must ensure that all animals are stunned before slaughter. So far, so good!

Now we move into the more difficult areas… 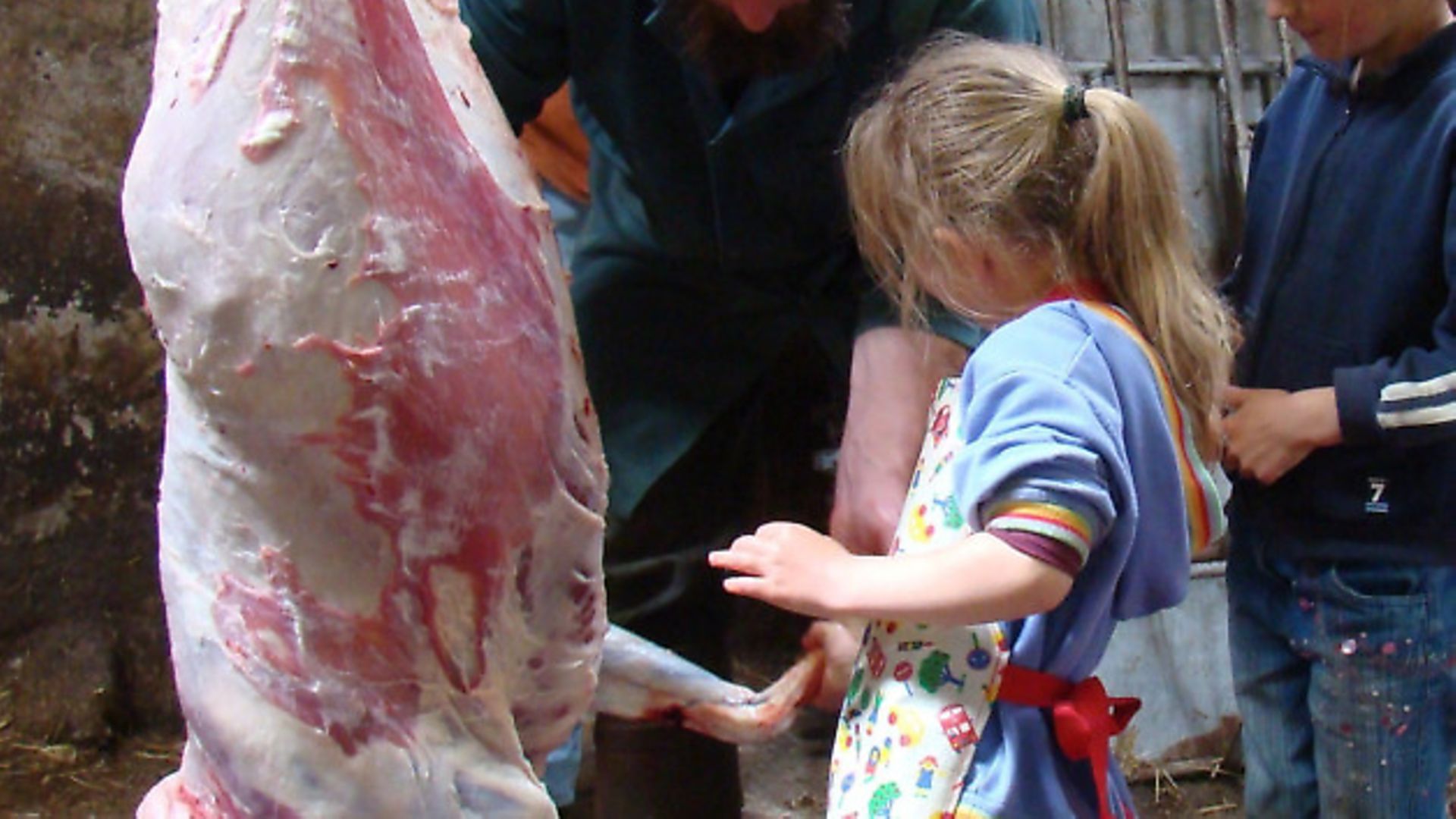 You cannot ask anyone else (even a licensed slaughterman) to kill and cut up an animal for you on your premises, even if it is only for home consumption. You must do the job yourself. In Northern Ireland the law is a little more flexible, in that it states that it may be permissible to make use of an itinerant slaughterman, provided he only kills the animal and does not process it in any way. Once the animal is dead and dressed, there are limitations as to what you can do with it. Except in certain cases poultry and rabbits, you cannot sell, barter, swap or give away any part of any home killed animal. Neither can you feed it to your guests. Home slaughter is defined as being: ‘The slaughter of a livestock animal by its owner on their property for their own personal consumption or that of members of their immediate family living there.’If the law would be content to stick to that simple definition then things wouldn’t be too bad. But it’s not. Cattle, sheep and goats are also covered by the EU Transmissible Spongiform Encephalopathies (TSE) Regulations, which require the removal of certain Specified Risk Materials (SRM) from the carcass. These need to be stained blue and disposed of in accordance with the legislation. Unless this is carried out, the only person who would be able to consume any of the meat would be the person who owned and killed the animal. Even close family members would be excluded from partaking of the feast. Pigs are exempt from TSE regulations, so, of the larger species of farmed animal, these are in fact the easiest animals to deal with in accordance with the law. Having said all that, I know plenty of smallholding folk who regularly slaughter their own sheep and goats (and occasionally cattle) for home consumption, and none of them take the blind bit of notice of the TSE regulations. Neither are they shy about sharing their wonderful home-produced food with their guests. What you decide to do is up to you – just don’t blame me if you get into trouble.

Sheep & Goats: The ileum and the spleen must be removed from all sheep and goats, and on those over 12 months of age (or having permanent incisors erupted) you also need to remove the skull (including brains and eyes), tonsils and spinal cord.

Cattle: The tonsils, intestines (from duodenum to rectum) and the mesentery must be removed from cattle of all ages. Over 12 months of age you must also remove the skull (excluding lower jaw, but including brain and eyes) and spinal cord. On cattle over 30 months old you’ll also need to remove the vertebral column (excluding tail and spinal processes, but including the dorsal root ganglia). All of the above SRMs must be stained blue before disposal. In practice, this legislation is very difficult, if not impossible, to satisfy adequately at home. 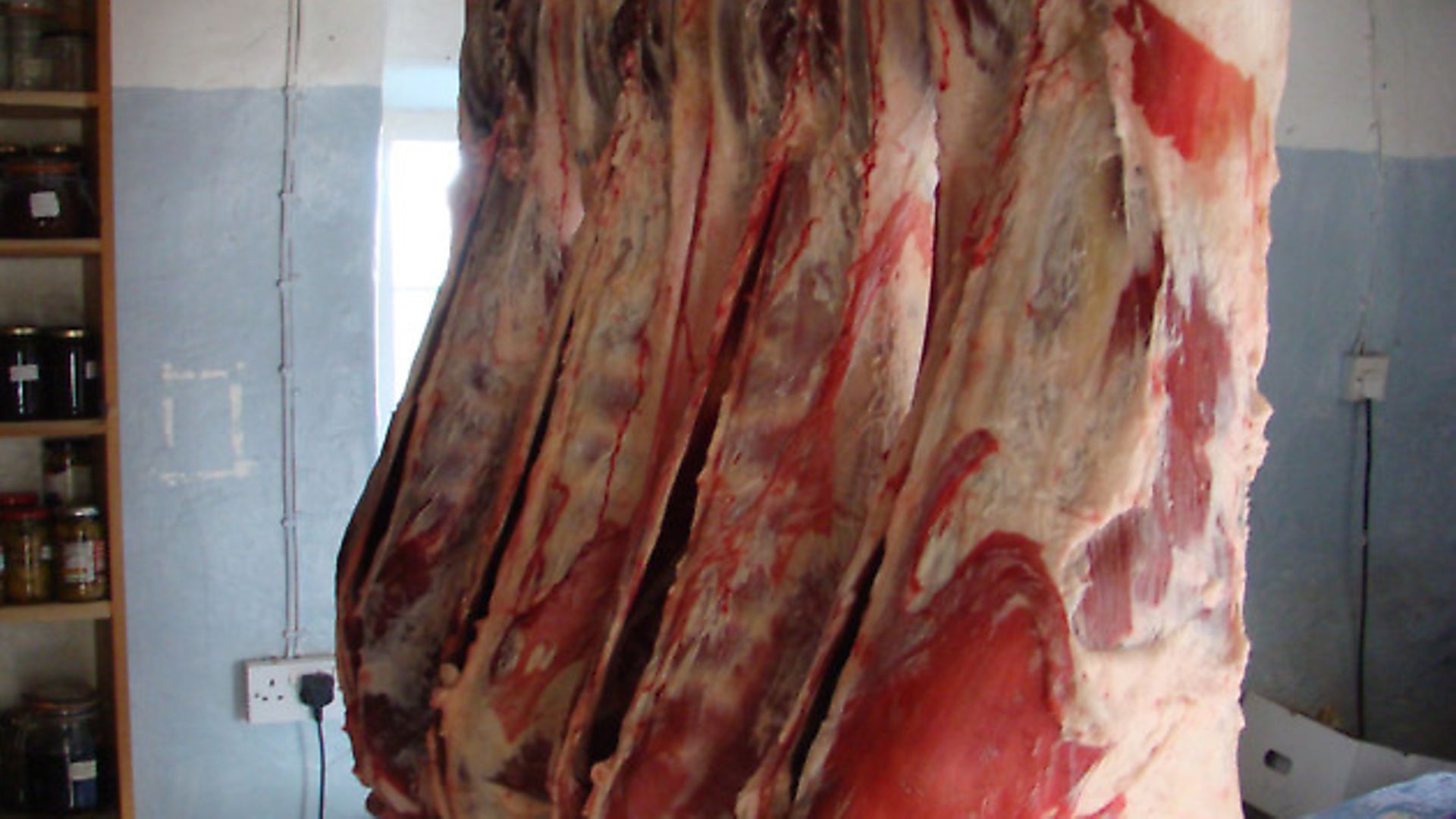 There is an exemption that allows small-scale producers to slaughter and process up to 10,000 birds or rabbits annually and to supply the meat directly to the end user (i.e., the consumer) or to a local retail outlet.

I’m a firm believer in involving the whole family in food production on the smallholding, and this includes slaughter and butchery. Children are remarkably matter-of-fact about the whole business, and take a particular interest in the processing of any animal that they’ve played a part in the rearing of (such as a bottle fed lamb). It’s all very natural, and gives them a true awareness of where our food comes from. The fact that so many children (and adults) these days don’t know the history of what they eat is a very disturbing trend.

Interestingly, it’s always the adults in a household who find the concept of home slaughter difficult to deal with, although they often use ‘not wanting to upset the children’ as an excuse for their own discomfort. If this false dogma is repeated often enough then even the children begin to believe in it, which, combined with all the emotional propaganda they’ll encounter in our super-sanitized society, results in yet another group of young people growing up with very little understanding of the cycles of life and death. Young people who, in due course, become the next generation of disconnected adults. So sad.

TIP- Get the knowledge

Even if you don’t intend to slaughter your own animals for home consumption, I’d strongly recommend that all livestock keepers have the knowledge and the means to carry out humane destruction on welfare grounds. There are times when quick and decisive action is the only way to prevent prolonged suffering of the sick or injured, and to do otherwise would amount to cruelty.

Carcasses from livestock slaughtered at approved premises will be subjected to a meat hygiene inspection, which reduces the risk of diseased or contaminated meat entering the human food chain. For home slaughter purposes, there’s nothing to stop you obtaining appropriate training to enable you to carry out a basic check on the carcasses of animals you’ve killed, before processing them for home consumption.